Welcome back to another installment of Disney Stuff.

When it comes to collecting or accumulating Disney stuff, I’m a pretty traditional guy. However, sometimes there are collectibles that defy my love of all things classic Disney. Case in point: Vinylmations.

Many of you were divided over these vinyl creations when I wrote about them back in September 2010. You’re not alone. My wife doesn’t quite understand them, and my daughter is very particular about which ones she collects.

Critics aside, there’s something about them that I’ve grown to like and appreciate as a collector. Vinylmations push the boundaries of conventional Disney design for sure. But somewhere in the design offices, there’s clearly some people with classic Disney at their core—and I guess that’s why I continue to seek out these strange little figures.

Another recent Disney line of collectibles that fits in this category is the Pop! Vinyl Figures collection currently available from Funko. Funko has been around since 1998, and is probably best known for its original toy line of bobbleheads, Wacky Wobblers. The first diverse array of bobbleheads featured classic cartoon characters such as Betty Boop and the Flintstones, science fiction heroes from Star Trek and Star Wars, and product icons like Captain Crunch and Tony the Tiger. Millions of Funko bobbleheads have been sold, representing every character from Darth Vader to Edgar Allen Poe, and everyone imaginable in between.

The company has since diversified into vinyl figures and plush toys, and the Pop line of vinyl figures has become extremely successful, resulting in Funko releasing another incredibly diverse line. A quick look through the catalog available on the Funko website shows Captain America and Michael Jackson, Danny and Sandy from Grease, to Count Chocula and Franken Berry.

The one unifying thing about the Pop line is that all characters are drawn in what is known as the Japanese "kawaii" style. Literally translated as "cute" or "adorable" (such as Hello Kitty), the kawaii style puts all of the Pop figures into a similar mold. All have oversized heads, and just about all of them have round, solid black eyes, making them look very similar to the Disney Cuties line. I wasn’t such a big fan of Cuties and yet…I’m oddly drawn to these Pop vinyls—and a few have made it home with me and earned a place on my shelves. 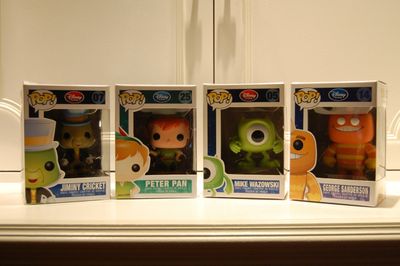 Mike Wazowski from the Disney/Pixar film Monster’s Inc. has long been a favorite character of mine, and so he was the first Pop figure purchased from Series 1. 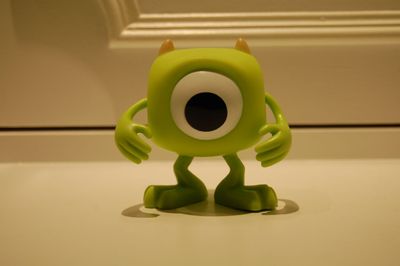 I’ll always have a soft spot in my heart for Jiminy Cricket, also from Series 1. 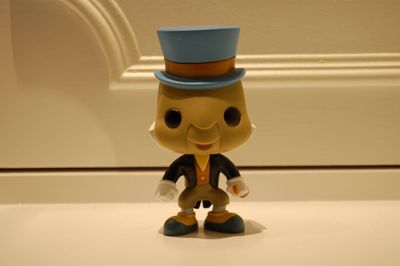 Considering the “A-listers” that appeared in Series 1 and 2—Mickey, Minnie, Buzz Lightyear, Woody, Snow White, Belle and Beast—I was so impressed that George Sanderson from Monsters, Inc. made the cut that I simply had to have him. 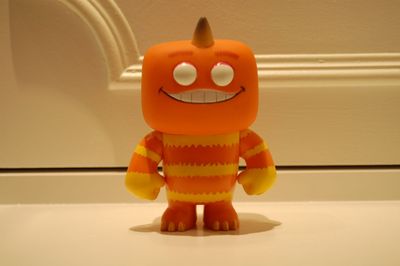 Take note of the sock from the human world stuck to George’s back—a great detail that just had to be included in order to completely re-create the George Sanderson figure. 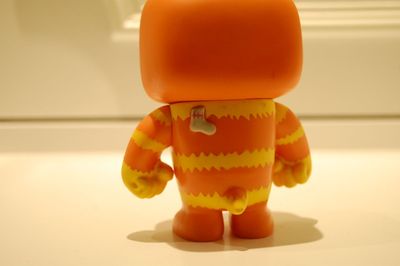 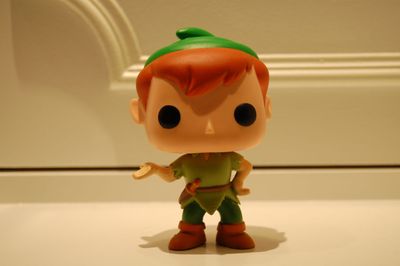 My sons have one each, out of the box, as opposed to their old man who, of course, keeps them boxed on the shelf for display. Here’s Series 1, figure 01, Mickey Mouse. 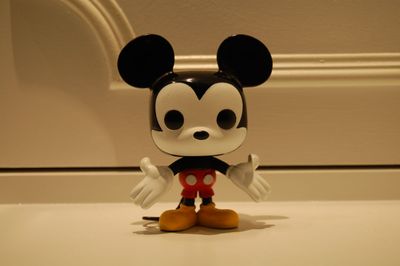 Even the Pop Vinyl Figures all started with a mouse. Photo by Chris Barry.

Also from Series 1, here’s the beloved (and sometimes maligned) Stitch. 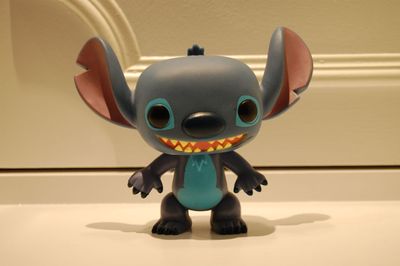 As I mentioned, I’m not so sure what it is that attracts me to these figures. I’ve never been one for odd representations of the Disney characters. I prefer a more classic look to a classic character. But, there’s just something about these figures that makes me want to collect them. Funko makes a quality product. They’re certainly well-designed and well-constructed. I appreciate the choices they have made so far.

Series 4 is supposed to be out any day now and features some more great selections like Sorcerer Mickey and Chernabog from Fantasia.

Series 3 is currently available at The Disney Store and at DisneyStore.com. They retail for $12.50, but as I write this they were on sale from DisneyStore.com for $9.99. I’ve seen them at Barnes and Noble and other stores as well and there a multitude of places online to purchase them if you’re interested. Many of the earliest figures are not being produced anymore. For example, I’ve seen the very same Mike Wazowski pictured above on eBay for as high as $59. So there is obviously a secondary market for the harder to find figures.

The bottom line is, as with all of my Disney collectibles, I enjoy these odd figures, and I’m looking forward to collecting more of them. They put a smile on my face when I look at them. And isn’t that the point of collecting and accumulating all of this Disney stuff?

What’s your opinion of the Disney Pop vinyl figures from Funko? Are they too strange-looking? Not classic enough for you? Or do you agree with me that there’s just something cool about them? Click on the “Discuss this article on MousePad” link below and let’s hear what you have to say.