Although cosplay—short for "costume play," where persons dress up in the costume of a fictional character—is common at fan conventions, this year was the first time that Disney held an official competition at the D23 Expo. The competition, titled "Heroes and Villains à la Mode" (a nod to fashion designer extraordinaire Edna Mode from The Incredibles) took place on Friday afternoon, August 9.

Contestants were prescreened via their submissions to the D23 website, and the finalists were judged at the Expo by a three-person panel consisting of Costume Designer Mona May (Enchanted), actor Jai Rodriguez (Malibu Country, Queer Eye for the Straight Guy), and actress Devon Odessa (My So-Called Life).

Entrants competed for the prize of a coveted Edna Mode statuette in five categories:

The featured costumes draw from all corners of the Disney universe, including films, theme parks, and video games. The level of creativity and craftsmanship put into them by the contestants is truly impressive. 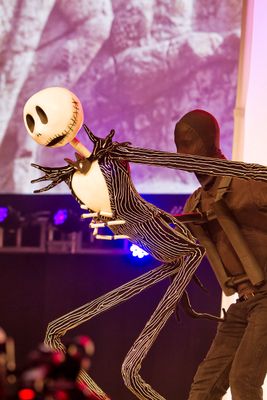 This Jack Skellington puppet costume (with the puppeteer visible but dressed in all-black, in the style of traditional Japanese bunraku puppetry) is a fantastic likeness. Photo by Karl Buiter. 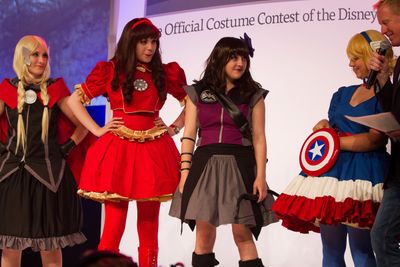 These women have devised their own interpretation of The Avengers. Photo by Karl Buiter. 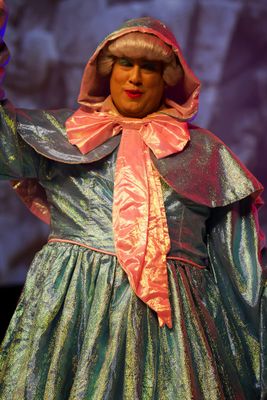 Every princess needs a Fairy Godmother. Photo by Karl Buiter. 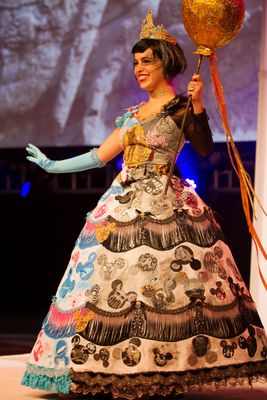 The winner of Best Original Design, Talina Lindsey models this original costume, the Tagonista, which features heroes and villains on opposing sides of the garment. Photo by Karl Buiter. 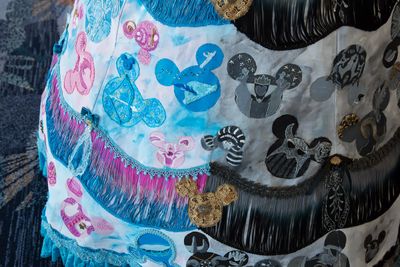 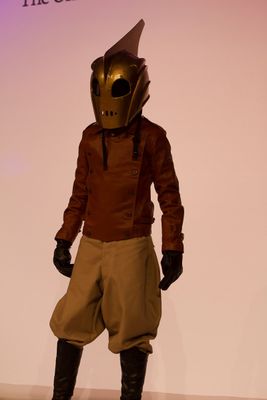 Mark Galinda as The Rocketeer, jetted in just for the D23 Expo, and won the Best Young Fan prize. Photo by Karl Buiter.

The princesses are a popular subject, as you would expect, including some interesting spins on the traditional costuming. 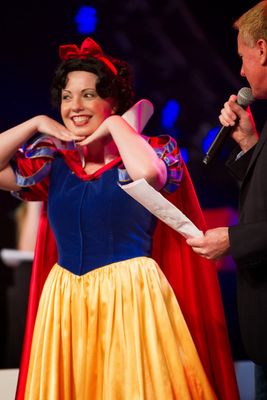 Sarah Paul as Snow White strikes a pose for the audience. Photo by Karl Buiter. 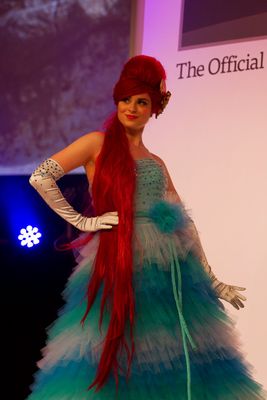 You won't see this version of Ariel in the parks. Photo by Karl Buiter. 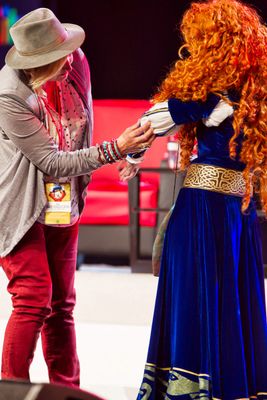 Sara Callesto, who won Best Re-creation with her portrayal of Merida from "Brave," gets a closer inspection from judge Mona May. Photo by Karl Buiter. 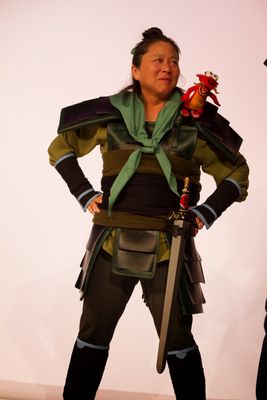 Mulan doesn't often make an appearance in her warrior costume in the theme parks. Photo by Karl Buiter. 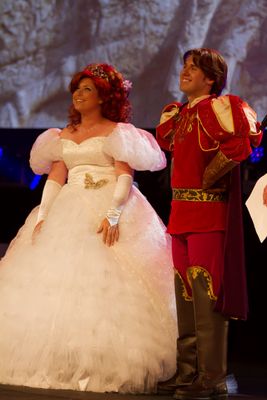 Kate Scarlett as Princess Giselle from Enchanted is accompanied by Jimmy Sherfy as Prince Edward as they go on to win Best Craftsmanship. Photo by Karl Buiter. 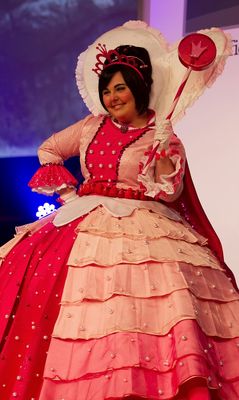 Vanellope (Wreck-It Ralph) has transformed into her princess persona for the audience. Photo by Karl Buiter.

We don't need another hero, so let's take a look at some villains! These scoundrels are enough to give us a fright. 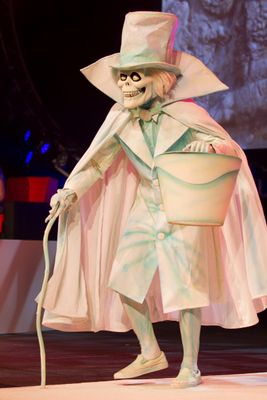 The Hatbox Ghost never made it into the Haunted Mansion, but he did appear at the costume contest. Photo by Karl Buiter. 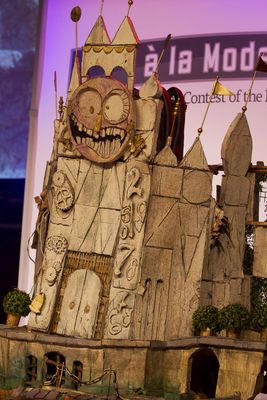 This broken down "it's a small world" comes from the Epic Mickey video game, and was used as a prop. Photo by Karl Buiter. 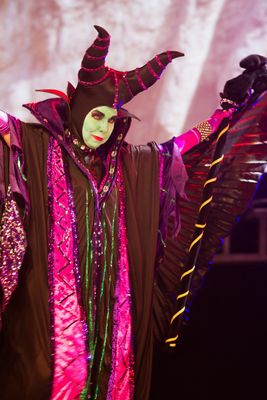 Maleficent spreads her arms to show off the details of her costume. Photo by Karl Buiter. 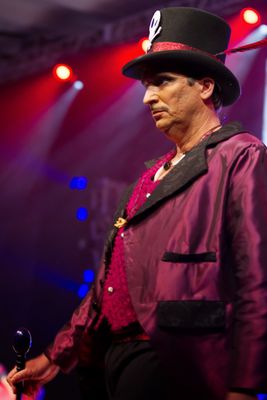 All of the winners were showcased later in the day at Center Stage. 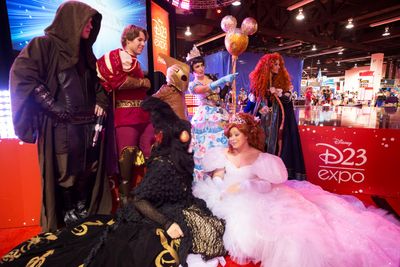 The winners assemble for a photo, including Queen Amidala (Dawn Bright), who won Best in Show. Photo by Karl Buiter.

See our Google+ album for a full set of photos.

Given the popularity of this year's contest and the variety of costumes seen on the show floor who didn't participate, here's hoping that D23 continues this at future D23 Expos.