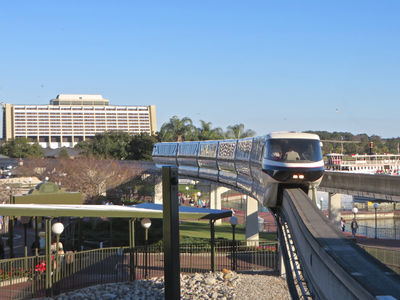 The Walt Disney World Resort Monorail System undergoes a refurbishment that impacts the Resort and Express monorail beams on certain days in February and March. The modified routes are planned to be in effect from 11:00 a.m. to 7:00 p.m. February 3 to 5, 9 to 12, 23 to 26, and March 2 to 5.

Resort guests traveling to Epcot can either board a monorail to the Transportation and Ticket Center and transfer to the Epcot line, or take a WDW Resort bus directly from their resorts to Epcot. Monorail service will continue to be available from all stations while this work takes place, and monorail operating hours will remain unchanged.

Guests may note a difference in the way they board the Monorail and should allow for additional travel time to reach their destinations. Guests staying at impacted Resorts will receive in-room communication upon their arrival.

Fans of the NFL Super Bowl champions the New England Patriots can take advantage of their team's win by receiving a free night and automatic room upgrade with a two-night stay at the standard price at either the Swan or Dolphin resort hotels.

Residents of Maine, Massachusetts, New Hampshire, Vermont, Rhode Island, and Connecticut are eligible for this promotion and must book their room before the end of this month (February 28) for stays through next year, February 3, 2016.

For additional information, or to make reservations, call (800) 227-1500 and mention their home state. This offer is not valid December 22 through 31. Taxes, resort services fee and gratuities are not included. The discount is not valid with any other special offers, promotions, or for existing reservations or groups.

This is the second major award for the Four Seasons Orlando; the resort also recently earned a Five Star rating from AAA for its excellence in service and amenities

Coffee chain Starbucks sells a line of "You are Here" ceramic coffee mugs that are themed for different cities and regions, and which make for inexpensive souvenirs.

This line is also available at Walt Disney World's Starbucks locations, with its four original mugs depicting icons themed specific to each of its four theme parks. 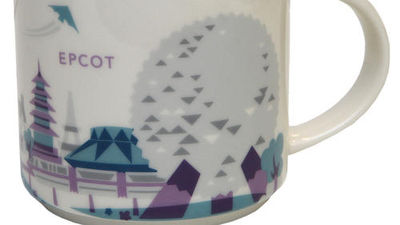 Online sellers have put a premium price on this discontinued Epcot themed mug, which Disney pulled because of Monorail Purple featured in the artwork. In 2009, a monorail pilot on the purple train was killed in an accident and the train retired. Photo from eBay.

Disney officials confirmed to the Orlando Sentinel that they pulled the mug because of a fatal 2009 accident, in which 21-year-old Austin Wuennenberg died when Monorail Pink backed into Monorail Purple, which he was piloting. Disney retired both the monorail trains after the accident.

The Epcot mug, which could only purchased at the Fountainview Starbucks location in Future World when it was available, began appearing on eBay not long after Disney pulled the mug from the shelves. Asking bids reaching into hundreds of dollars, with the site's Buy It Now options skyrocketing to nearly $2,000.

Disney officials said an Epcot mug with a new design will be on sale soon for guests who want a complete set of the new "You are Here" mugs.

Last week, Disney announced the musical lineup for the 2015 Night of Joy at the Magic Kingdom. This annual music festival, which runs this year on Friday September 11 and Saturday, September 12,  features some of contemporary Christian music's most popular artists for two nights of uplifting, live entertainment.

It's time to take a little trip to see just some of the views around Walt Disney World from the past week thanks to our fantastic MousePlanet photographers. 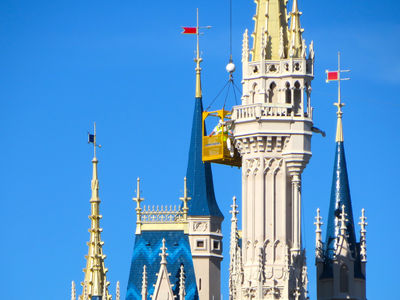 A worker in a gondola suspended by the crane remove the holiday lights from high atop the spires of Cinderella Castle. Photo by Alan S. Dalinka. 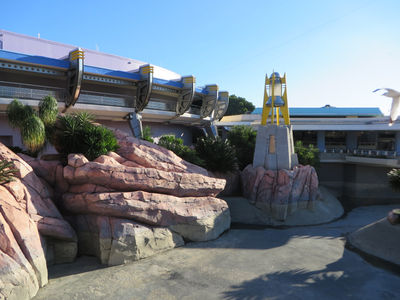 The moat near Tomorrowland at The Magic Kingdom has been completely drained as the hub expansion construction project continues. Photo by Alan S. Dalinka. 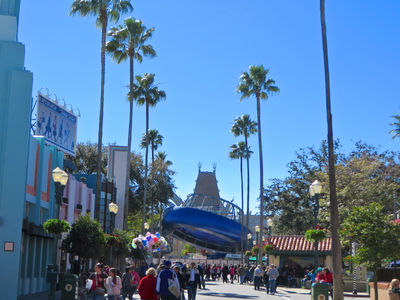 With the Sorcerer's Hat reduced to its brim, more of the Chinese Theater can be seen all the way down Hollywood Boulevard at Disney's Hollywood Studios. Photo by Alan S. Dalinka. 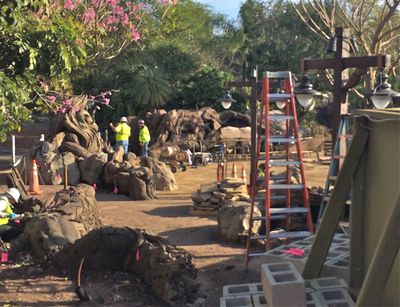 Work continues on enlarging the path in front of the Tree of Life. Photo by J. Jeff Kober. 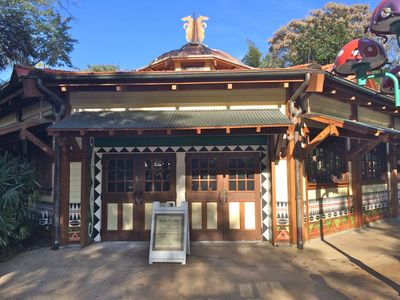 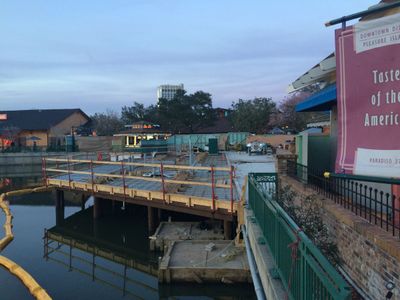 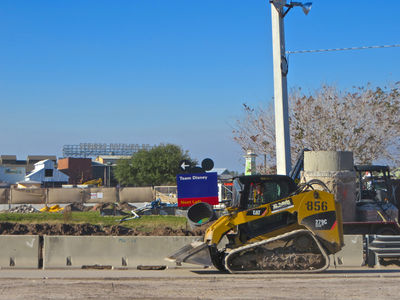 The newly completed tower of the Boathouse can be seen from Buena Vista Drive through the construction as Downtown Disney is transformed into Disney Springs. Photo by Alan S. Dalinka. 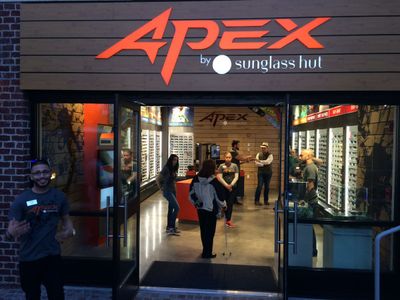 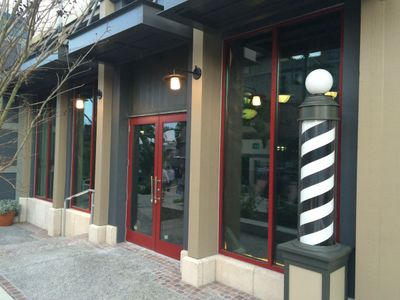 A barbershop pole appears, perhaps part of the Art of Shaving store going in at Disney Springs. Paper in the windows, however, suggests the addition of a salon and spa. Photo by J. Jeff Kober.

...Walt Disney World MagicBands hit a major milestone last week when the 10 millionth band was distributed since its announcement back in January 2013 according to Disney Parks Blog. The colored and/or specially designed bands serve as hotel room key cards, and allow on-property guests to charge purchases to their room as well as make Fastpass+ reservations up to 60 days in advance. Off-site guests can also secure Fastpass+ reservations up to 30 days in advance or upon arrival at the parks.

...Have you seen the new secret sleeper beds at the new 360 Studio at the Disney Vacation Club's Polynesian Villas and Bungalows? Check out the post on Disney Parks Blog to get a close-up view of this bed that can be tucked away to provide more living space during the day.

...Are you a Twilight Zone Tower of Terror fan? If so, you'll want to get your hands on the newest merchandise line featuring this spooky (and thrilling) attraction. Items including T-shirts, key rings, glassware, pins, bags and more can be found at Tower Hotel Gifts beginning Friday, February 13, 2015 (of course).