Be Our Guest to begin accepting lunch reservations

The Magic Kingdom's Be Our Guest restaurant, which opened in December 2012 as part of the New Fantasyland project, is transitioning its lunch hours from quick service to a reservation-based system starting on February 25.

In addition to being able to make reservations 180 days out for a Be Our Guest lunch, visitors can also pre-order their meal beginning 30 days prior all the way up to 5 minutes before their reservation to make the process even smoother. Officials say visitors can still choose their own seating during the lunch seating.

After a lengthy test period at the restaurant with Fastpass+ over recent month, Disney decided to transition the quick service meal time to a reservation-based system for everyone, according to Disney Parks Blog.

The Be Our Guest lunch, served daily from 10:30 a.m. to 2:30 p.m., will remain a quick service option for the Disney Dining Plan and the menu will differ from the later dinner seating. Reservations open at 6 a.m. on February 25 and visitors can either call (407) WDW-DINE (407-939-3463), visit the My Disney Experience site, or go to the Walt Disney World's dining page to schedule their date and time.

Those who meets these requirements receive an email before their arrival with their room number and the ability to go directly to their room.

A hotel curbside cast member will meet the reservation party at the door and offer the option for a traditional check in at the desk or will show them the way to their room. The booking visitors will need to make sure to have a valid form of identification to the cast member.

The new check in process rolls out on the following date:

No date has been announced for this new process at Disney's Fort Wilderness Resort and Campground. 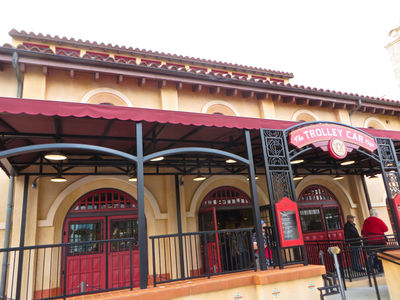 Located on the corner of Hollywood Boulevard and Sunset Boulevard, the Trolley Car Cafe not only serves Starbucks drinks, but also Disney baked items and Starbucks' La Boulange pastries. 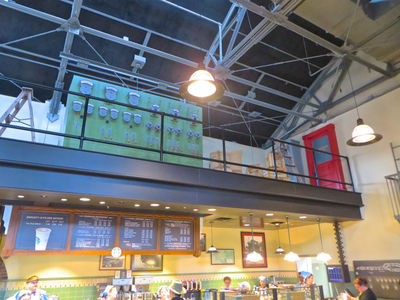 The interior of the newly opened Trolley Car Cafe Starbucks inside Disney's Hollywood Studios is decorated to appear as a period-appropriate service building for the Red Car Trolley line from Hollywood's past. Photo by Alan S. Dalinka.

The Trolley Car Cafe is the third Starbucks location in Walt Disney World. The Magic Kingdom, Epcot and Downtown Disney all have locations serving visitors. Another location is under construction over at Disney's Animal Kingdom. No official opening day has been released at this time.

The road construction project, which includes additional ramps onto Epcot Center Drive from Buena Vista Drive and two parking garages, is now scheduled for completion in mid-2017 compared to the original estimate of late 2016.

Bruce Jones, Reedy Creek Improvement District's contract and risk manager told the told the Orlando Sentinel that "unanticipated delays in getting the conceptual designs hammered out" for Epcot Center Drive improvements has been a stumbling block. Jones cited difficulties with building demolition on the site of a second parking garage as a primary cause for the delay.

On March 5, Disney's Animal Kingdom plans to celebrate the change of season and wildlife at its "Spring Forward" event.

Anyone visiting Rafiki’s Planet Watch on March 5 can learn about various amphibians and participate in fun, amphibian related activities to learn about amphibian adaptation such as trying to leap like a frog, listening to and identifying frog calls, and making toad homes for their backyards.

This event is included with regular park admission and no reservations are required.

Our photographers snapped some fantastic photos of lots of activity around Walt Disney World: from major progress in the Magic Kingdom and Disney's Polynesian Village Resort to a magical addition over at Disney's Hollywood Studios and even some natural beauty around the parks. 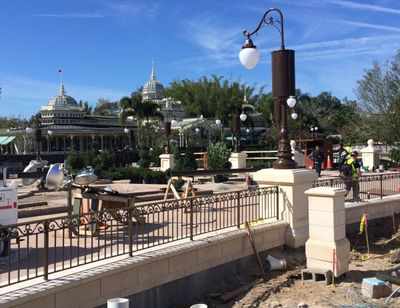 With the Crystal Palace from behind, one can see landscaping being added to the plaza area. Photo by J. Jeff Kober. 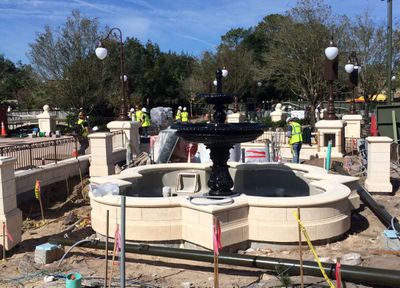 Large, new fountains have been installed in the hub area. Photo by J. Jeff Kober. 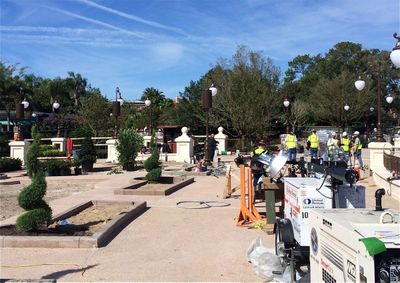 Various topiary have been prepped and readied for the new plaza. Photo by J. Jeff Kober. 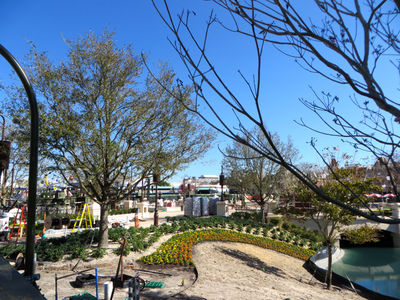 Construction on the west side of The Magic Kingdom's hub (closest to Adventureland) has progressed to where new flowers and landscaping elements have been planted. Photo by Alan S. Dalinka. 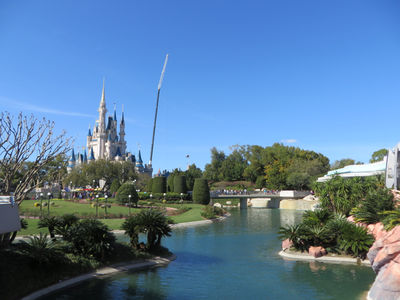 The moat near Tomorrowland has been refilled. Photo by Alan S. Dalinka. 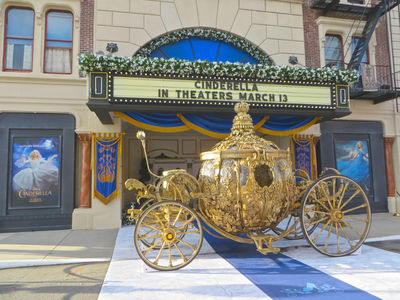 The golden carriage built for filming Disney's upcoming new live-action "Cinderella" movie is on display in front of the theater facade on the Streets of America at Disney's Hollywood Studios (scheduled through April 11, 2015). Photo by Alan S. Dalinka. 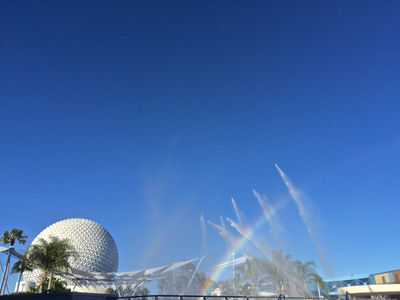 A rainbow appears to rise from the Fountain of Nations in Future World at Epcot thanks to just the right amount of wind and sunshine. Photo by Alan S. Dalinka. 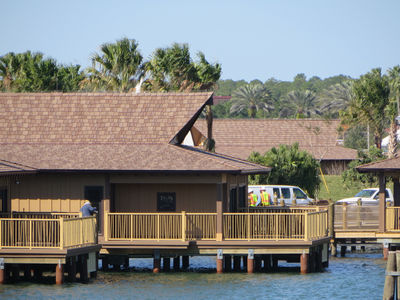 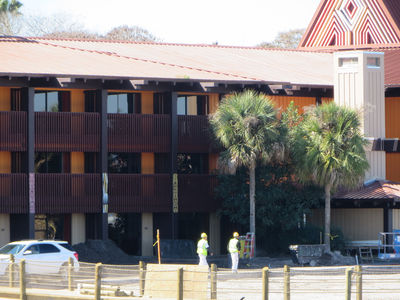 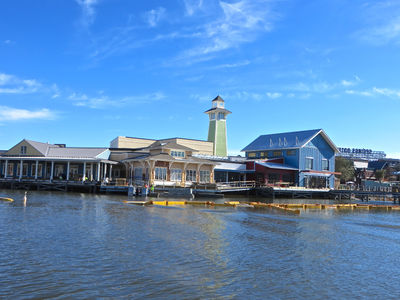 The exterior of the Boathouse adds dimension and color to the skyline of the future Disney Springs, scheduled for completion in Spring 2016. Photo by Alan S. Dalinka.

...Construction walls came down around the Disney's Animal Kingdom Tree of Life last week to reveal a number of new animals carved into the icon's roots and a widened walkway to Discovery Island.

...Disney gave fans a preview of the design for the newest Walt Disney World Starbucks location at Disney's Animal Kingdom, which will take the place of Creature Comforts.