Disney increase brings ticket prices past $100 | 2015 Disney Princess Half Marathon Results | New details released about Star Wars Weekends | Did you see this Disney surprise? |  Views around the World | This and That | Crowd update

Less than a week after MousePlanet reported the possibility of increased ticket prices, Disney followed through and raised the cost of a one-day Magic Kingdom ticket to $105, passing the $100 threshold for the first time.

The new price points went into effect on Sunday, February 22. Ticket prices went up across the board, with the cost of a one-day ticket at either Epcot, Disney's Hollywood Studios and Disney's Animal Kingdom going up to $97, avoiding the century mark this time around.

Multi-day pass prices also went up: a resident annual pass now costs $529 (from $485) and a seasonal pass costs $329 ($319) before taxes, according to an article at the Orlando Sentinel. Renewal prices sit at 15 percent below original purchase price.

Disney officials appear to have no concerns or regrets about the latest price increase, according to spokesman Bryan Malenius' statement:

A day at a Disney park is unlike any other in the world, and there is strong demand for our attractions and entertainment. We continually add new experiences, and many of our guests select multi-day tickets or annual passes which provide great value and additional savings. 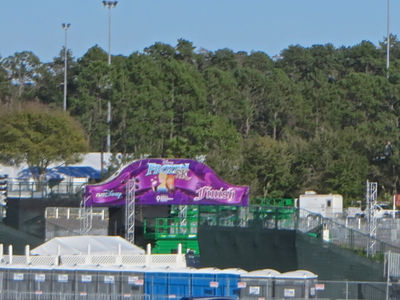 Signage for the Frozen 5K Finish, part of the Disney Princess Half Marathon Weekend, can be seen in the Epcot parking lot. Photo by Alan S. Dalinka.

More than 20,000 runners, the majority of them women, laced up their shoes to participate in the 2015 Disney Princess Half Marathon at the Walt Disney World Resort this past weekend (February 19-22). Over the course of the four-day weekend, runners of all ages participated in a variety of scheduled events, such as a 3.1-mile 5K family fun run, 6.2-mile 10K race, half-marathon, and various kids races. Many participants of the half-marathon also took on the Glass Slipper Challenge, which required that they complete both the10K and half-marathon. 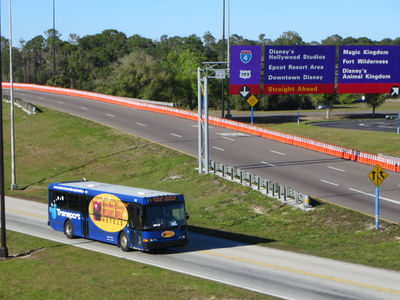 Orange traffic cones are set along the Epcot Parking roads for the Disney Princess Half Marathon Weekend. Photo by Alan S. Dalinka.

Although men are allowed to run in this women-focused event, they are assigned to a slower corral but the fastest men are still timed based on gun time, meaning the top finishers are women. For the half-marathon, the top three finishers were:

Passel earned her first win in a half-marathon and recently recovered from a broken hip, according to a report from the Orlando Sentinel. She only started running again in September after suffering a stress fracture from falling on ice in New York in the winter of 2014.

"I never thought I would win," she said after clocking her personal best race time with the race. "I just wanted to finish the race."

Congratulations to everyone who participated in the Princess Half Marathon Weekend, including many from our own Team MousePlanet. If you'd like to know more about runDisney races, are thinking of signing up, or just want to lead a healthier lifestyle, join us at our Team MousePlanet forum on our MousePad discussion board.

While it may seem so far away, the Disney's Hollywood Studios' Star Wars Weekends event will be here before you know: from May 15 to June 14, 2015. Last week, Disney made some announcements about what fans can expect at this year's event, including a few changes.

Here is a rundown of the coming to this year's event, as well as some returning fan favorite events, courtesy of Disney Parks Blog:

Disney has made no official announcements, yet, regarding celebrity appearances for this years event. Fans may recall last year Mark Hamill (Luke Skywalker) made his debut appearance at Star Wars Weekends.

Did you see this Disney surprise?

Need a smile today? Did you catch this adorable video last week where some of Walt Disney World's iconic characters make a surprise appearance at a Long Island, New York shopping mall? Disney Parks Blog shared this unexpected visit which delighted (and sometimes confused) shoppers who are weary from a long, cold winter.


Walt Disney World sent some of its most popular residents to surprise some shoppers at a Long Island, New York mall. Disney Parks Blog.

For months now, we've seen many construction project around the Walt Disney World Resort. Within the past couple of weeks, our photographers have captured the tremendous progress workers have made in each of these areas. This week, the workers' time and effort can really been seen as some of these projects enter their final stages. 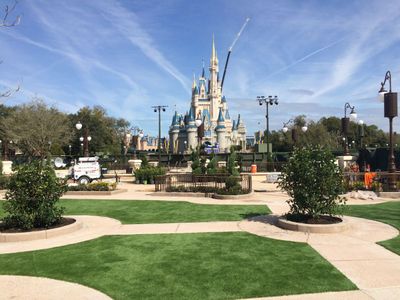 Turf has been added to the plaza area. Signs indicate that these spaces are dedicated to guests with Fastpass+ reservations for Wishes. Photo by J. Jeff Kober. 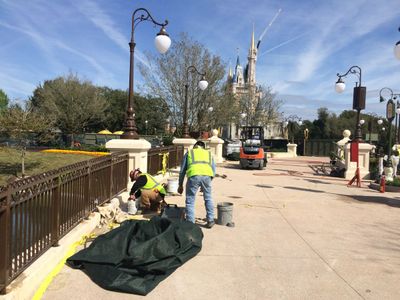 Final railing is being added to the bridges that will stretch over the Central Plaza stream. Photo by J. Jeff Kober. 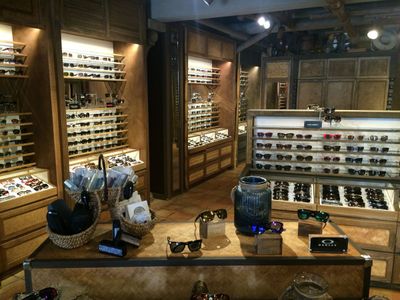 Interior of the new Sunglass Hut store inside of Adventureland. Photo by J. Jeff Kober. 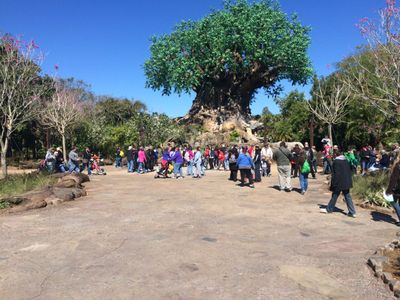 The plaza in front of The Tree of Life on Discovery Island at Disney's Animal Kingdom has finally opened up to reveal a larger space. Photo by J. Jeff Kober. 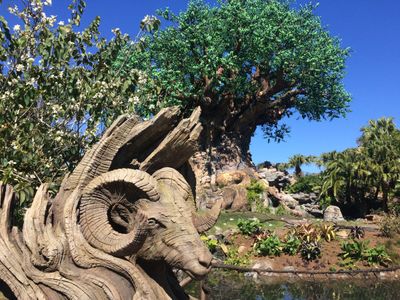 The border of that space includes animals shaped into the roots of the tree. Here we have a ram. Photo by J. Jeff Kober. 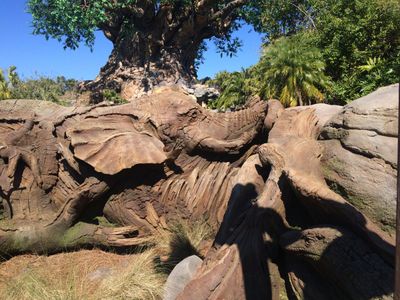 An elephant with tusks shape the another section of the root structure. Photo by J. Jeff Kober. 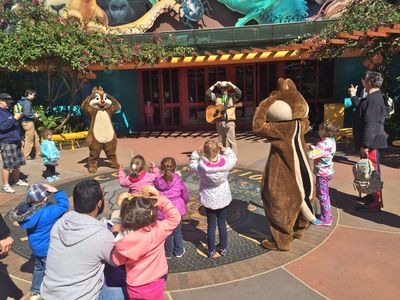 With heavy crowds, a guitar player along with Chip 'n' Dale invite children to play a variety of games. Photo by J. Jeff Kober. 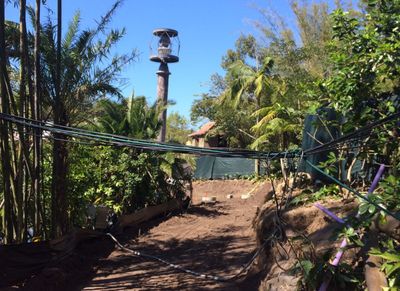 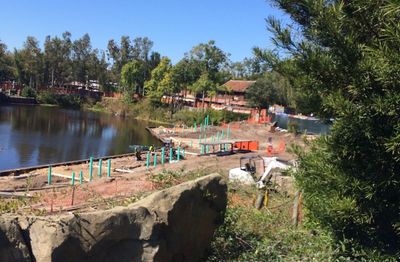 Terraced areas are being placed at the base of Asia to provide for the Rivers of Light show. Photo by J. Jeff Kober. 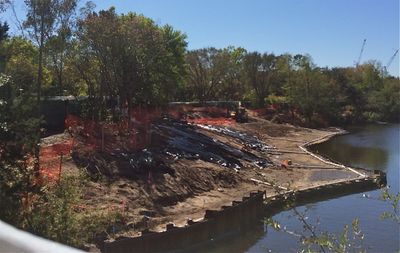 The land has been extensively extended into the lagoon area off the shore of Dinoland. Photo by J. Jeff Kober. 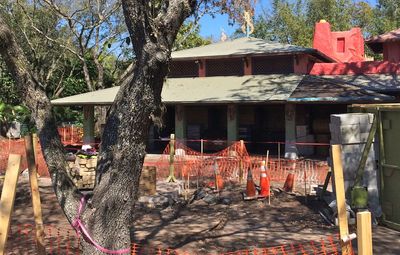 A behind-the-wall look at Flame Tree Barbecue as it goes through an extended rehab. Photo by J. Jeff Kober. 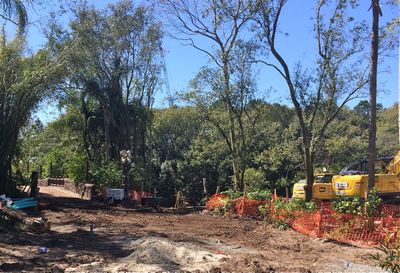 Considerable foliage has been stripped away from the area near Pizzafari. One can see the old Camp Minnie Mickey bridge toward the rear. Photo by J. Jeff Kober. 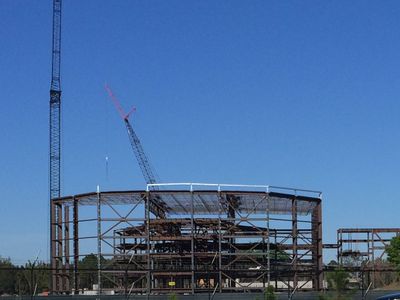 Main show building for the Soarin' style attraction in Avatar. It is believed that guests will ride Banshees in the center of the building with the film appearing on the perimeter. Photo by J. Jeff Kober.

...A number of new animal additions have joined the Disney Animal Kingdom family, including five baby sable antelopes and a baby white rhino.

...Despite the recent cold snap at the Walt Disney World Resort, Epcot workers continue to work on getting the park ready for the upcoming 2015 Epcot Flower and Garden Festival, which runs from March 4 through May 17. 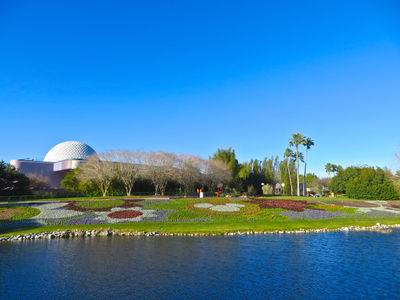 Fresh landscaping has been installed on the east side of Future World in advance of the International Flower and Garden Festival. Photo by Alan S. Dalinka. 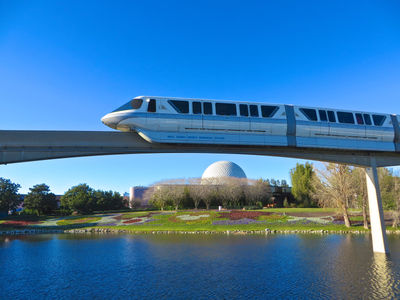 The blue monorail travels by fresh landscaping installed on the east side of Future World in advance of the International Flower and Garden Festival. Photo by Alan S. Dalinka.

Entries can be submitted online through the sweepstakes' official web page until March 29.