A passenger riding in a race car at the Walt Disney World Richard Petty Driving Experience died Sunday, April 12 following an accident on the racetrack.

At about 3:30 p.m. on Sunday, Tavon Watson, 24, of Kissimmee was behind the wheel of the Lamborghini and was unable to manuever through one of the course's turns, allowing the vehicle's right side to collide with a guardrail, according to an Orlando Sentinel report published Sunday evening. Watson was taken to Celebration Hospital with minor injuries.

The passenger, identified by the Florida Highway Patrol as a 36-year-old Gary Terry of Davenport, died at the scene. The Sentinel reported that Terry ws the track's operation manager.

Andrea Finger, spokesperson for Walt Disney World said "We offer our deepest sympathies to those involved in today's tragic accident."

The Florida Highway Patrol plans to continue the investigation.

Located south of the Magic Kingdom, the racetrack was already slated to close on June 28 as part of a large transportation improvemet project. There is no word on whether the end date will change as a result of this accident.

Captain EO is out; Tomorrowland preview is in at Epcot

Thursday, April 9 marked the closing of Captain EO at the Imagination pavilion in Epcot to make way for a special preview event featuring Tomorrowland, Disney’s upcoming feature film. Captain EO, starring Michael Jackson and directed by legendary director Francis Ford Coppola, returned to Epcot’s Future World in 2010 following Jackson’s death. Starting this week, the Tomorrowland preview event invites park visitors to get a first look at the latest Disney feature, scheduled to open on May 22. Once the film debuts, the Epcot special event will go dark.

The Orlando Weekly reported that Disney says Captain EO could return to Epcot, but offered no specific date.

Want to get a peek at Tomorrowland before it hits Epcot or theaters? Disney released this new featurette last week!

Selfie sticks are still allowed at Walt Disney World, according to Disney officials last week, but how they can be used is limited.

Last week, a number of unofficial Disney sites published an article about a complete ban of selfie sticks at the Walt Disney World theme parks. These posts sparked an uproar among theme park fans who love taking selfies with their sticks. News spread like wildfire online, which of course led to much arguing and debate.

"Guests riding attractions, trams and other moving vehicles are already asked to securely stow any equipment such as cameras, canes and other personal belongings -- and selfie sticks are in the same category," said a Disney spokeswoman according to the Orlando Sentinel

For now, it seems the hotly debated photo tool is sticking around for a while at theme parks. Stay tuned for updates as we hear them.

What do you think? Should theme parks like Walt Disney World ban selfie sticks?

Fans of Star Wars Weekends looking for a deal might want to start their quest at The Walt Disney World Swan and Dolphin Hotel which is offering guests the chance to enjoy the month-long Star Wars Weekends celebration at Disney's Hollywood Studios with special rates starting at $185 from May 15 through June 15.

Star Wars Weekends will be held every Friday, Saturday and Sunday, May 15-June 14. The 2015 event will feature Star Wars characters roaming the theme park for meet-and-greet opportunities, star conversations with Star Wars celebrities, a Star Wars motorcade through the park, interactive activities, exclusive merchandise and more.

For more details about savings at the Walt Disney World Swan and Dolphin Hotel, visit www.swandolphin.com/offers. To make reservations, call 1 (800) 227-1500 and mention “STARWARS.” Rates start at $185 per night. Taxes, resort services fee and gratuities not included. Not valid with any other special offers, promotions, or for existing reservations or groups; offer is based on rate schedule availability.

Located on the Pangani Forest Exploration Trail, the Africa Aviary holds 221 birds from 29 different species. The renovations, according to Disney Parks Blog, allow the exhibit to house smaller birds than before, which allow the park to add to their beautiful display.

Five new species joined the Pangani flock including: bronze mannikins, cut-throat finches, lavender waxbills, pintail whydah and paradise whydah. These birds feature many variations of colors, behaviors and songs that add to the already-thriving avian chorus. They may be small in size, but they can generally be seen in large groups flying through the aviary.

More birds are scheduled to be added to the aviary over the next few months. Keep an eye out for updates as we receive them.

It doesn't seem possible that the 2015 Epcot Flower & Garden Festival is already is preparing for its seventh weekend, but time flies when you're having fun, right? 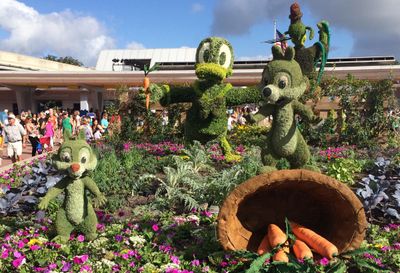 Here's what you can expect for Week #7 of the 2015 Epcot International Flower and Garden Festival: 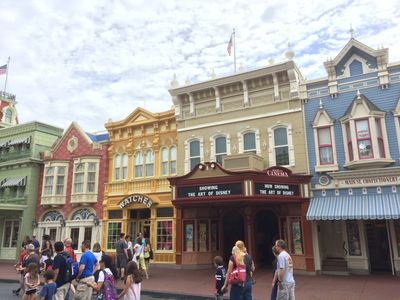 The scrims are down on Main Street U.S.A. in the Magic Kingdom! Photo by Alan S. Dalinka. 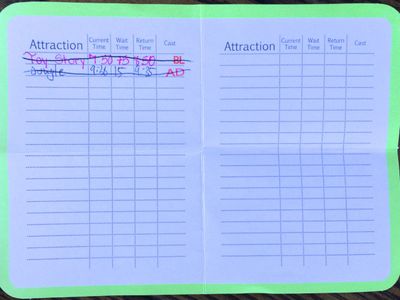 Word is that the paper pass for Guests with Disabilities will come to an end on May 1st and will be replaced by an electronic version on MyMagic. Photo by J. Jeff Kober. 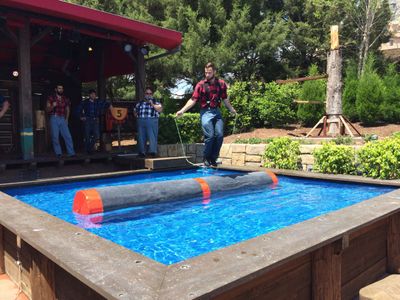 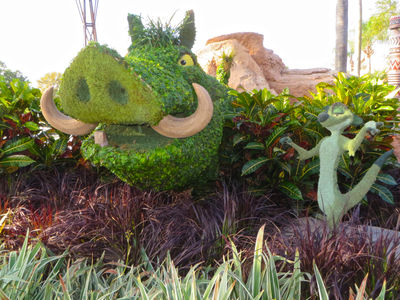 Topiaries of Pumbaa and Timon are located on the World Showcase promenade near the African Outpost for the 2015 Epcot International Flower & Garden Festival which runs from March 4 to May 17, 2015. Photo by Alan S. Dalinka.

...Disney launched the Kids Remember Contest last week. To enter, participants must share a video of their child's favorite Walt Disney World memory. The video can be submitted via Instagram, Vimeo or Twitter.