Walt Disney World began testing a new smartphone application that allows visitors to preorder food from two Disney Hollywood Studios' locations: Backlot Express and Fantasmic. Guests can download the Express Order app for free for Apple and Android devices, according to an invitation received by a MousePlanet editor last week.

Food preorders are not new at Walt Disney World (Be Our Guest has been doing this for a while with breakfast and lunch), but in this latest development, you can choose to eat at the restaurant, pick it up to go, or, in the case of Fantasmic, have it delivered directly to your seat before the show.

According to Rikki Niblett from our sponsor TouringPlans.com, Disney plans to run the test until Thursday, May 14. Disney has not provided any other information about the new app at this time, but MousePlanet will provide updates as they are released.

Walt Disney World's Disability Access Service (DAS) converted from a card program to a digital system last week with the hopes of streamlining what some consider to be a long and tedious process. According to an article at the Orlando Sentinel, you can now link the DAS program to your MagicBand or admission ticket.

Visitors to Walt Disney World with medical issues or special needs can use DAS to make waiting for attractions and rides easier to cope with, especially on very crowded days. Until last week, a member of the person's party went to City Hall on Main Street U.S.A. to pick up a card to be carried throughout the day. Someone in the special needs' party would present the card to a cast member, who would write down a return time for the party to come back and enjoy the ride or attraction—usually this would be the current standby wait time minus 10 minutes. The DAS holder and the rest of the party could then go off to enjoy themselves elsewhere park until the stated return time.

Once the return time arrives, everyone in that party, including the DAS holder, comes back and is allowed to ride or see the attraction with a minimal wait. Once everyone has enjoyed the ride or attraction, the party can move to another ride, submit the DAS card and start the process over.

Even with the switchover to digital, a representative from the special needs party will need to begin the day at Town Hall to activate the DAS for the day. Overall, though, Disney hopes that by taking the handwriting out of the equation, the system will be more efficent for visitors who need a little extra magic in their vacation.

As part of a new wave of live artists arriving at Epcot's World Showcase, a new vocal group has hit the American Garden Theatre. The American Music Machine is a five-member, a capella group who sings contemporary numbers, as well as classic American songs.

For those looking for a little bling, Erwin Pearl jewelry store has earrings, pins, watches, and bracelets available in various shapes and sizes. The new jewelry location can be found in The Landing.

Over on the West Side in the former United World Soccer Shop location, the new Super Hero Headquarters is now open. Shoppers can expect to find Marvel merchandise, toys, collectibles, and many other fun items. Our sponsor TouringPlans.com says visitors should expect a high-tech experience as soon as they go through the shop doors.

Two other shops—the Vivoli Gelateria and Joffrey's Tea—are scheduled to open soon, but Disney has provided no date at this time.

Inside Out preview coming to Epcot's Imagination pavilion

The Magic Eye Theater in Epcot's Imagination pavilion hosts a special preview of the newest Pixar movie Inside Out coming to theaters on July 19.

According to multiple online reports, the current Tomorrowland preview hosted in the same location shuts down on Sunday, May 24 to make way for the 12-minute Inside Out preview scheduled to start on Saturday, May 30.

It's Week 10 at the 2015 Epcot Flower & Garden Festival; there's only one week more to go after this. The months are really flying by, aren't they?

Here's what you can expect for Week #10 of the 2015 Epcot International Flower and Garden Festival:

As the 2015 Epcot Flower & Garden Festival winds down, one of our photographers decided to spend the day trying to capture the mood and images of a typical day in the park. Wait until you see what he found. 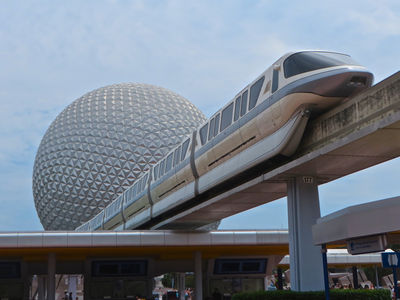 Monorail Silver glides over the ticket booths and into Epcot. Photo by Alan S. Dalinka. 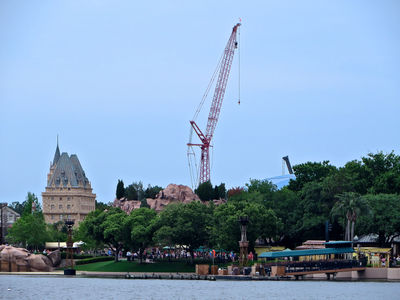 A construction crane towers over Epcot's Canada pavilion to aid in the building of the additional theater for Soarin'. Photo by Alan S. Dalinka. 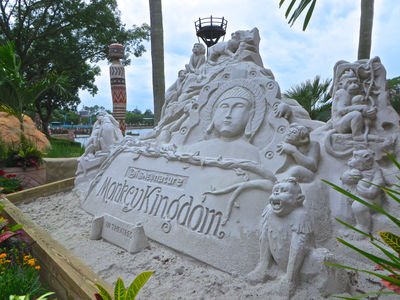 This year's sand sculpture to mark the Earth Day opening of Disneynature's latest film, "Monkey Kingdom," is now located at the African Outpost on the World Showcase Promenade at Epcot. Photo by Alan S. Dalinka. 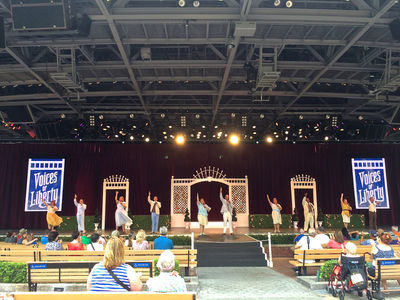 The Voices of Liberty perform on Mondays and Tuesdays in the American Gardens Theater across from the American Adventure at Epcot. Photo by Alan S. Dalinka. 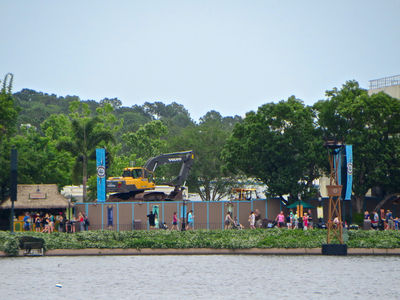 Earth-moving equipment is preparing the area between Epcot's Mexico and Norway pavilions for the future "Frozen"-themed expansion. Photo by Alan S. Dalinka. 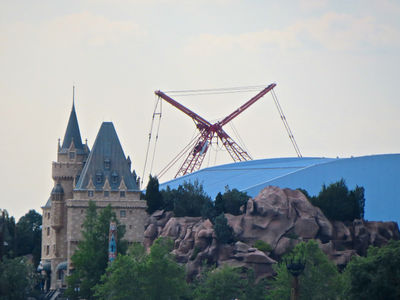 Construction cranes for the expansion of Soarin' are visible towering over the Canada pavilion and the blue building that houses the current Soarin' theaters at Epcot's Land pavilion. Photo by Alan S. Dalinka. 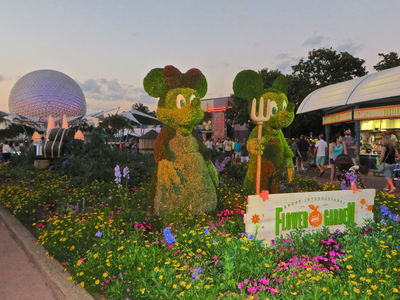 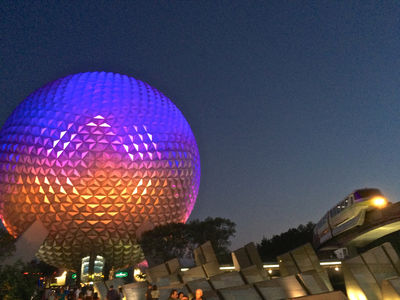 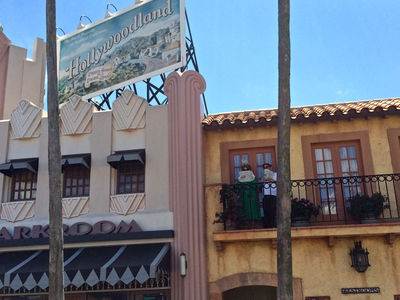 A couple of the Citizens of Hollywood "hide" behind newspapers on a balcony at Disney's Hollywood Studios. Photo by Alan S. Dalinka. 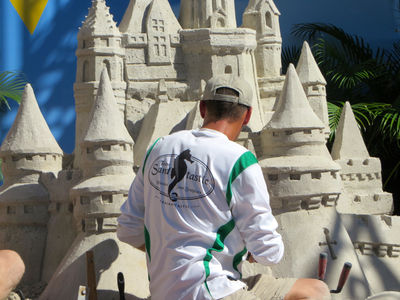 An outside company's sand castle artist works on a castle on the Streets of America at Disney's Hollywood Studios for the media event publicizing this summer's "Frozen Fun" promotion. Photo by Alan S. Dalinka. 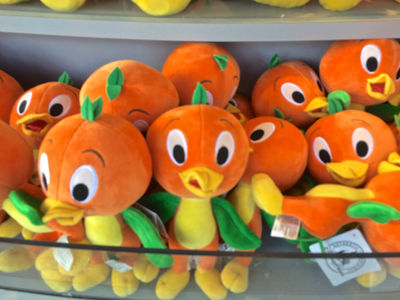 Orange Bird plush toys are plentiful at the Crossroads kiosk inside the turnstile at Disney's Hollywood Studios. Photo by Alan S. Dalinka.

...Are you a Walt Disney World merchandise fan? Then, you should check out the May schedule of events released by Disney for all the merchandise events in and around the parks.

...Disney's Hollywood Studios hosted a media event to promote the "Coolest Summer Ever" promotion kicking off soon and as part of the festivities, guests had a chance to enjoy a special Frozen fireworks show made exclusively for them. Thanks to the Orlando Sentinel, though, you can get a chance to view this show! Enjoy!