Orange County Circuit Court had a hearing scheduled for yesterday (May 11) for a lawsuit filed against Walt Disney Parks and Resorts by the family of an employee who died while working on an Animal Kingdom ride in 2011.

Russell Roscoe, a 52-year-old attractions mechanic, died in 2011 after a ride vehicle hit him wile he performed maintenance on Primeval Whirl, according to a report from the Orlando Sentinel. Roscoe's family filed the suit in Orange County Circuit Court in 2012.

The accident happened as Roscoe and other workers were "wet testing" the ride, where some employees spray water from the top of the lift platform while others inspect systems such as brakes.

Disney wants the claims to be dismissed, saying Roscoe's family is already entitled to workers' compensation benefits and that employer immunity from lawsuits is a protection under that system.

Lawyers for Roscoe's family is arguing that immunity does not apply because Disney knew the dangers involved with testing the ride, but that danger was not apparent to Roscoe, and that Disney misrepresented it. Disney disputes this claims and is fighting it in court.

Every weekend from May 15 to June 14, the Rebel Hangar opens to the public. This Star Wars lounge experience, located at Echo Lake, gives visitors a chance to enjoy some delicious themed food and drink that celebrates the science fiction franchise.

The Rebel Hangar also plans to have a special drink menu, as well:

The tour includes walking and riding around the park and visitors are encouraged to ask questions and participate in the activity.

Park areas to be seen on the tour include the aviary on Pangani Forest Exploration, the black rhino and elephant barns and the Animal Nutrition Center. And, of course, there are a number of surprises along the way.

A portion of tour admission supports the Disney Conservation Fund, so you can not only make an impact on global conservation, it's also a great reminder of the world of wonders all around us.

Backstage Tales replaces the Backstage Safari tour and only guests ages 12 and over are allowed to participate. Anyone under 18 must be accompanied by an adult. No cameras or video are allowed in backstage areas. It's offered from 7:30–11:15 a.m. daily, and anyone taking the tour is asked to be at the park's main entrance 15 minutes before scheduled arrival time. Theme park admission is not included. For reservations, call (407) WDW-TOUR (939-8687). Experiences, content and animal encounters are subject to change. 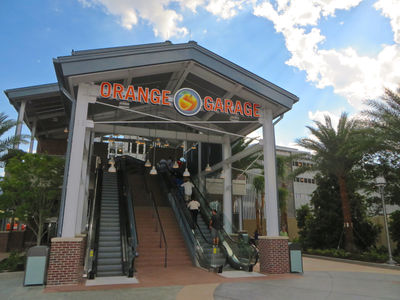 The Orange Garage escalators, elevators and pedestrian connecting bridge on the west side of Downtown Disney has opened as the Disney Springs transformation continues. Photo by Alan S. Dalinka.

As construction continues in the Downtown Disney/Disney Springs area, last week marked a new milestone for the project: the opening of two new direct access walkways to the West Side promenade in two locations: next to Splitsville Luxury Lanes and the second one near Planet Hollywood, according to Disney Parks Blog.

The new bridges to the property are accessible via the second level of the garage and give guests the option to use stairs, elevators or escalators. With beautiful landscaping and new hardscape finishing out the space, the walkways are a lovely new addition to what will eventually be Disney Springs. Visitors need to park in the Orange Garage to experience this new connection.

It's Week 10 at the 2015 Epcot Flower & Garden Festival; there's only one week more to go after this. The months are really flying by, aren't they?

Here's what you can expect for the final week (#11) of the 2015 Epcot International Flower and Garden Festival:

It's the last week of the 2015 Epcot Flower and Garden Festival, plus there's a lot of construction going on over at Disney's Animal Kingdom, Epcot and Downtown Disney. Let's take a look!

Construction cranes assist in the expansion of Soarin' at Epcot. Photo by Alan S. Dalinka. 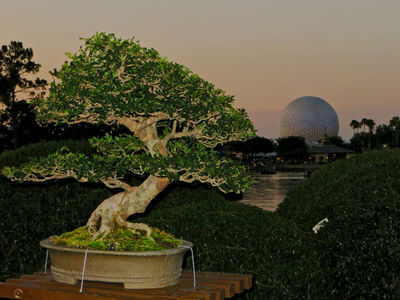 Bonsai trees are on display along the shore of the World Showcase Lagoon at Epcot's Japan pavilion during the Epcot International Flower and Garden Festival which ends this weekend, May 17. Photo by Alan S. Dalinka. 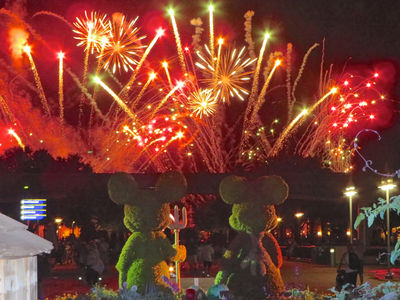 Illuminations fireworks can be viewed beyond the topiaries of Mickey and Minnie Mouse during the Epcot International Flower & Garden Festival. Photo by Alan S. Dalinka. 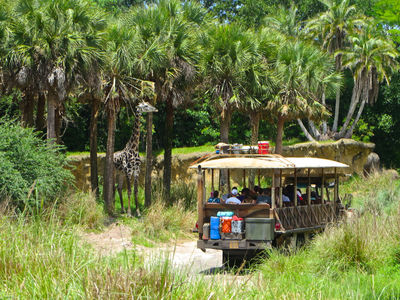 A giraffe keeps a watchful eye on a truckload of guests on the savannah area of Kilimanjaro Safaris at Disney's Animal Kingdom. Photo by Alan S. Dalinka. 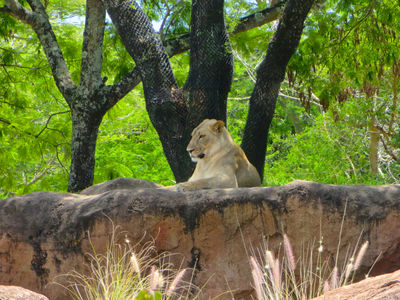 On a warm spring afternoon, a lioness sits high enough atop the rocks to be seen by riders on Kilimanjaro Safaris at Disney's Animal Kingdom. Photo by Alan S. Dalinka. 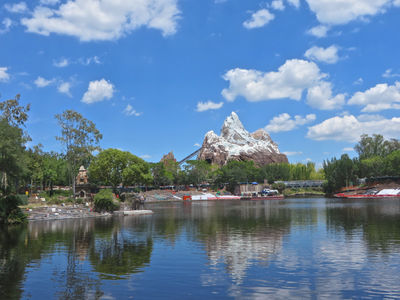 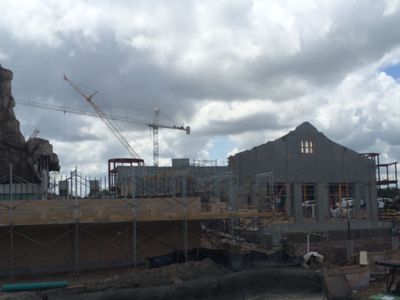 Construction is going vertical on the final district, The Landing. Photo by J. Jeff Kober. 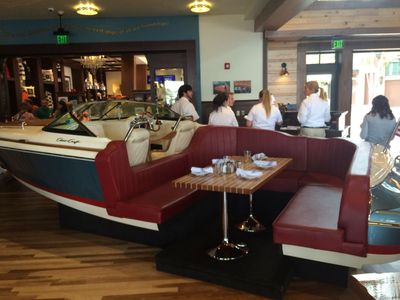 A Chris Craft boat opens up to make a dining space at the new Boathouse Restaurant. Photo by J. Jeff Kober. 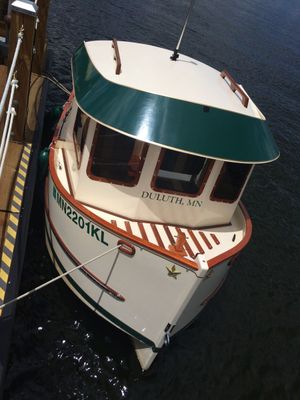 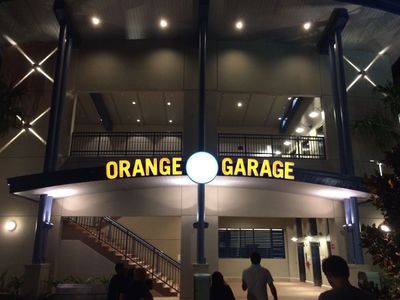 A new entrance to the garage finally opens between AMC movie theaters and Splitsville. Photo by J. Jeff Kober.

New glass walls for The Morimoto Restaurant replace the old brick and mortar of Mannequins. Photo by J. Jeff Kober. 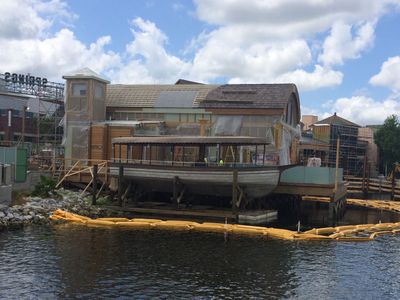 Here we see a new bridge that will cross the springs near Planet Hollywood. Photo by J. Jeff Kober.

...Are you a Walt Disney World merchandise fan? Then, you should check out the May schedule of events released by Disney for all the merchandise events in and around the parks.

...Don't forget the that 24-Hour Day at Walt Disney's Magic Kingdom is on May 22 and kicks off the "Coolest Summer Ever." Stay tuned to MousePlanet for more event details as we get them.

...Have you heard about the new Disney Trading Packs? These monthly boxes contain limited edition pins for collectors looking for something a little more rare that they are used to picking up, collecting or trading. The first box will be available May 14 and a new box comes out each month. This is NOT a subscription-based program.