An Ohio man found himself behind bars after a night of drinking ended with him being rescued from Bay Lake by Disney marine officials.

Orange County sheriffs arrested Andrew Hall (27), of Mentor, Ohio, for "disturbing the peace at a public lodging establishment, grand theft, and criminal mischief," according to the Orlando Sentinel. Hall's troubles began after he attempted to leave Disney's Fort Wilderness Resort by riding a bicycle after a night of drinking. A resort manager noticed Hall had trouble staying balanced on the bicycle, so he decided to follow Hall in a golf cart to try to catch up and help.

Then, according to the police report, Hall got off the bike upon seeing the golf cart and ran toward it, ultimately jumping on it and crashing the windshield. From there, Hall alledgedly stole the golf cart, crashed it into a pier, then fled on foot toward the water. He then jumped into Bay Lake, at which point he quickly started to struggle in the water. Officers quickly saw that Hall was in danger, and went in after him.

Unlike the Polynesian Villas, the plans do not call for workers to build the new accommodations to be built onto the water, according to the plans featured on The DIS. The newly filed plans show 26 one-story units, recreation buildings, restaurants, and new pools. Upgrades are also on the board for existing pools.

Disney has yet not made any official announcements of the expansion.

Construction in and around Magic Kingdom's Cinderella Castle hit another milestone last week when the park pulled the curtains off two sets of new turrets.

Two new turrets stand to each side of the castle and are the first major addition to the park's centerpiece since the park opened in 1971.

As of now, nothing new is housed in these turrets, but a number of Disney fan sites and comments on the Disney Parks Blog speculate that they will hold projection, lighting, and/or sound systems for castle shows such as Dream Along with Mickey, Celebrate the Magic, and Wishes. 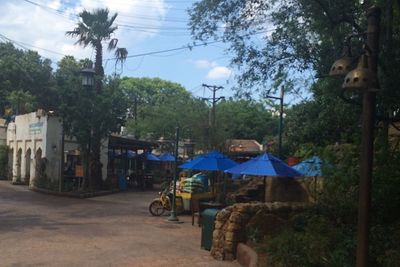 Disney's Animal Kingdom opened its Harambe Market on May 23 in its Africa section.

In addition to the new food options, more than 200 shaded seating areas will provide a cool place during mealtimes for park visitors.

Disney Cruise Line announced last week that Galveston, Miami, and New York will be ports of call starting in October 2016.

Full ship itineraries and ports of call are now available on the Disney Cruise Line website, but some highlights include:

The summer season officially kicked off last week with the 24-Hour Coolest Summer Ever party. Disney workers continue to plug away at various construction projects to accommodae the growing crowds and make improvements to the parks overall. And, Star Wars Weekends continue to be a big draw for Disney's Hollywood Studios. 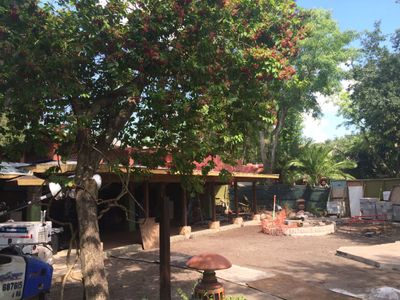 Flame Tree Barbecue is finishing up its remodeling and opening up soon. Photo by J. Jeff Kober. 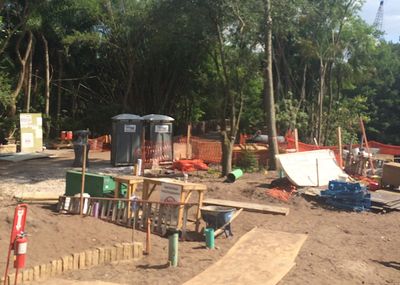 The area leading to the bridge to Avatar has greatly widened. Photo by J. Jeff Kober. 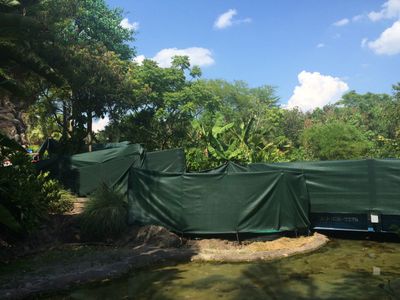 A new path is being cut on Discovery Island. The Tree of Life is on the left. A bridge crossing over a small stream is being forged on the right. Photo by J. Jeff Kober. 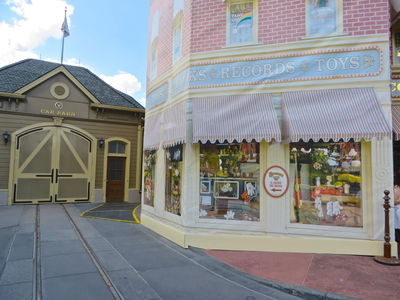 A section of the Emporium at Magic Kingdom facing Town Square is surrounded by a tarp-covered scaffold. The store and barbershop next door remain open. Photo by Alan S. Dalinka. 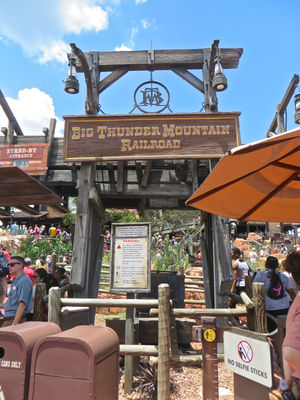 "No Selfie Sticks" signs have been posted this week at Big Thunder Mountain at Magic Kingdom. It is likely that more signs like these will be posted on attractions throughout the resort, as the Selfie Sticks increasingly raise safety concerns. Photo by Alan S. Dalinka. 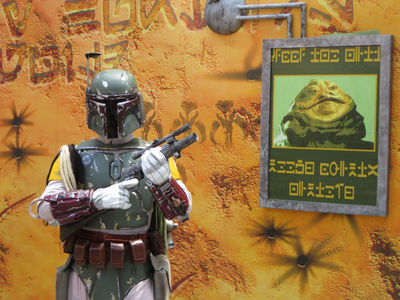 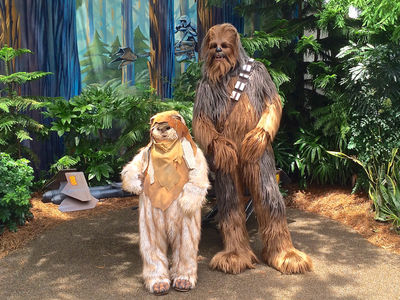 Chewbacca and an Ewok greet guests across from the entrance to Star Tours during Star Wars Weekends at Disney's Hollywood Studios. Photo by Alan S. Dalinka. 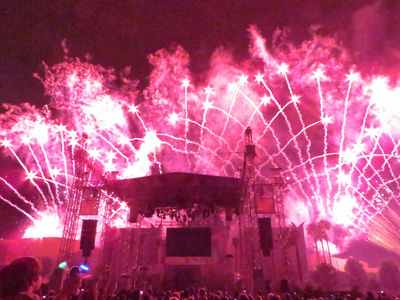 The Symphony in the Stars fireworks show concludes the day during Star Wars Weekends at Disney's Hollywood Studios. Photo by Alan S. Dalinka.