Ever since Epcot's Malestrom closed last fall and Disney announced a new Frozen attraction in its place, many people wondered what to expect from the change. It's taken nearly 8 months, but Disney has finally given us a glimpse of what's to come.

"Frozen Ever After", scheduled to open in 2016, takes visitors on a trip to Arendelle during its Winter in Summertime Festival, where they can experience not only favorite scenes from the movie, but new material, as well. Disney stresses the ride design will not merely re-tell the Frozen story. New music, state-of-the-art Audio-Animatronics and set design will immerse riders into the fictional world of Arendelle. The Snowgies from Frozen Fever also have their place in the new attraction.

Beyond the new attraction, visitors will notice an expansion of Norway's exterior architecture and the Royal Summerhaus interior will show off Norwegian arts and crafts. This will be where visitors will be able to meet with Anna and Elsa.

The Edison will be a 1920s period electric company and highlight the era of invention and imagination. Within the venue, visitors can find contortionists, palm readers, DJs and more, according to The Disney Parks Blog.

Meanwhile, over at STK Orlando, visitors can expect to enjoy rooftop dining at the restaurant in a lounge atmosphere.

Both are new locations for existing restaurants. STK Orlando will join the other 10 STK locations run by The One Group, while The Edison will be a joint venture by the owners of The Edison's original location in Los Angeles and The Patina Restaurant Group, who already have multiple locations at Walt Disney World's Epcot (Tutto Italia, Tutto Gusto, and Via Napoli) and at Disneyland's Downtown Disney (Catal, Uva Bar & Cafe, Naples, Tortilla Jo's, and Taqueria).

As of now, officials announced STK Orlando will open later in 2015 and the Edison's doors will open sometime in 2016.

Disney's Animal Kingdom visitors looking for something sweet to eat will have a new destination to visit this week.

On June 17, Zuri's Sweet Shop opens its doors as part of the new Harambe Market area. As an extension of the Mombassa Marketplace section, this classic candy counter offers an international twist. In addition to selling candy, the shop offers trail mixes, sweet and spicy sauces from the Flame Tree Barbecue and treats tied into The Lion King and other themes. Our sponsor TouringPlans.com also reports shoppers can find unique gift items such as blessing baskets from African artisans.

Fans of authentic Italian gelato can get their fix at one of Downtown Disney's newest retail locations. The Vivoli Gelateria, located in The Landing section of the complex, is only the second full-service shop in the world. The business was started in 1932 by Raphael Vivoli and his two brothers, according to the Disney Parks Blog. The shop actually began as a dairy and evolved into what it is today. The business is run by Raphael's daughter Silvana.

Visitors of the shop can get a look at gelato being made in more than a dozen varieties that use seasonal, fresh ingredients. In addition to the gelato, shoppers can find panini sandwiches, baked goods, sorbet, milkshakes and espresso.

Disney's Hollywood Studios brings the popular animated short Frozen Fever to the ABC Sound Studio starting Wednesday, June 17. The newest addition to the Frozen phenomenon debuted earlier as a animated short presented before Disney's feature film Cinderella and will now have a home at the theme park until September 7.

In addition to the animated short, Disney's Hollywood Studios also includes a behind-the-scenes look at how the piece came together.

Hyperion Theater to reopen this week for Frozen sing along show

In other Frozen and Disney Hollywood Studios news, For the First Time in Forever – A Frozen Sing Along Celebration moves over to the Hyperion Theater for its daily performances. 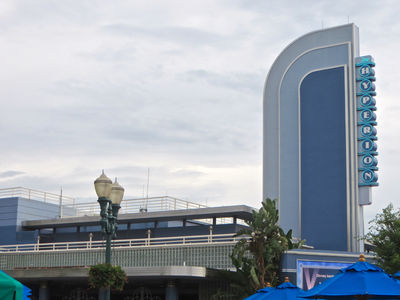 A new art deco style sign for "The Hyperion" theater has been installed on the building formerly known as Superstar Television Theater in advance of the June 17, 2015 debut of The First Time in Forever: A “Frozen” Sing-Along Celebration show in its new home. Photo by Alan S. Dalinka.

The Hyperion Theater has a long history of hosting featured attractions at the theme park, including the most recent American Idol Experience, as well as Superstar Television from the park's early days.

Moving the show to the new location allows the show to seat more visitors and provide an even more magical experience for the audience throughout the show with new special effects. (No spoilers here!)

Performance days and times should remain the same as before, but check the daily park times guide to confirm them.

Every week brings new events and unveilings around Walt Disney World and our photographers took some time around the resort to capture some of those moments for us to enjoy! 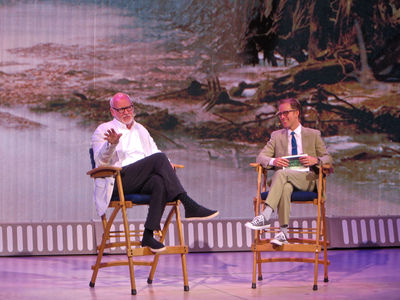 During the final 2015 Star Wars Weekend, Frank Oz discusses with James Arnold Taylor his extensive career beyond performing Yoda that included performing (among others) Grover and Bert in Sesame Street; Miss Piggy, Fozzie and Sam the Eagle of The Muppets, and directing movies including Dark Crystal, Little Shop of Horrors and Dirty Rotten Scoundrels (which included Ian McDiarmid who portrayed Emperor Palpatine in the Star Wars movies). Photo by Alan S. Dalinka. 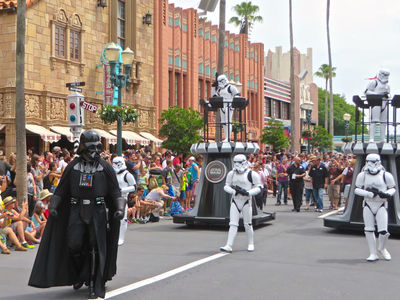 Darth Vader and a group of Stormtroopers patrol the end of the Legends of the Force: Star Wars Celebrity Motorcade during the final 2015 Star Wars Weekend at Disney's Hollywood Studios. Photo by Alan S. Dalinka. 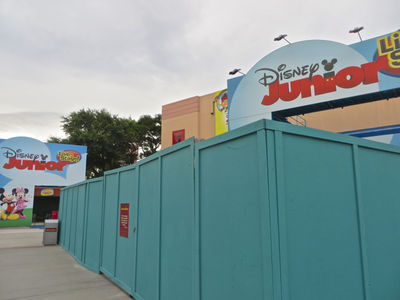 A new (perhaps temporary) entrance for Disney Junior Live on Stage has opened in the Animation Courtyard during construction. Photo by Alan S. Dalinka. 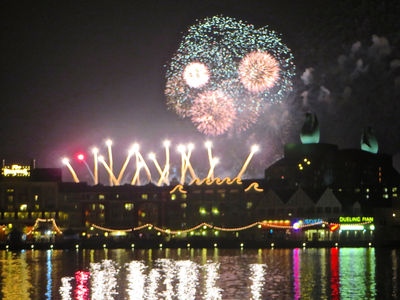 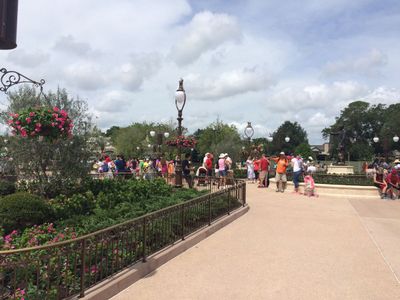 Construction on the center hub of the Magic Kingdom has been completed. Photo by J. Jeff Kober. 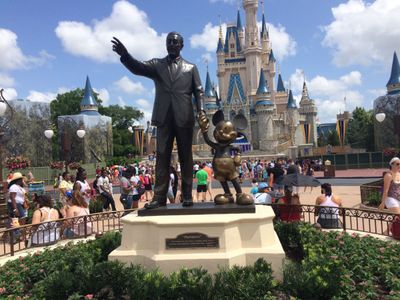 The Partners statue has been unboxed and stands ready for photos. New turrets being added to the sides of the castle are visible in the background. Photo by J. Jeff Kober. 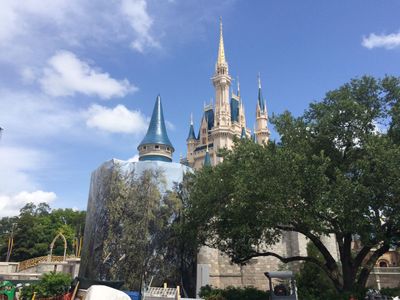 A closer look at one of the turrets being constructed by the castle. Photo by J. Jeff Kober. 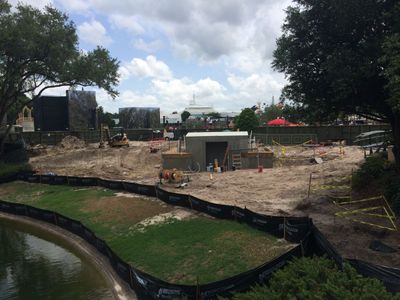 Construction continues adjacent to the hub as seen here from the bridge connecting Adventureland to Liberty Square. It is uncertain what the building in the foreground will be. Photo by J. Jeff Kober. 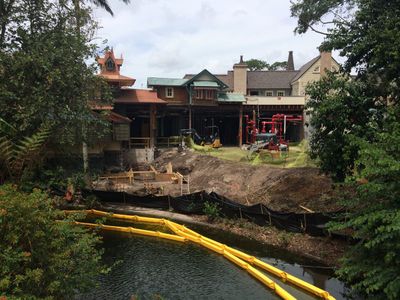 Turning around we see that the entire exterior wall along the side of the former Adventureland Veranda has been removed as the restaurant comes under the direction of Jungle Cruise skippers. Photo by J. Jeff Kober.