After trying to limit the use of selfie sticks on attractions by visitors earlier this year, Walt Disney World decided to up the ante and completely ban them from the theme parks.

The new ban, which begins on June 30, means that the photography tool cannot even brought into the parks and security guards at the entry checkpoints will be on alert to finding them. Visitors caught with a selfie stick can choose to either turn in the stick and get a claim ticket to pick it up on the way out or return it back to the car or hotel room.

The ban upgrade came as a result of visitors continuing to try to use the selfie sticks on rides and attractions, despite the previous rule, which Disney clearly had posted around the parks.

Qualified personnel may book up to a maximum of three rooms at a time during the period of the Disney Armed Forces Salute. This discount may be used as many times as you'd like during the offer period.

The number of rooms and room types at these rates are limited.

The resort discount may be used up to and including December 23, 2015.

Tickets can be purchased through December 17, 2015.

Changes to Magic Your Way plans for 2016

If you're looking to book a Disney Magic Your Way Package for next year, you should know that Disney changed a number of the package offerings by adding and removing what a customer receives when they book the package, as well as how and when a package is booked.

Additions to the package:

Removals from the package:

Disney also changed booking terms for the Magic Your Way Packages. They can be booked up to one day in advance both online and by phone. A $200 deposit is now required (compared to a one-night stay with room-only reservations) and the final payment is due 30 days before arrival (this used to be 45 days). Packages can be cancelled without penalty 31 days before arrival. A $200 fee will be charged for anyone canceling a packages 30 to two days before arrival. A one-day cancellation means no refund to the person who booked the trip.

Many thanks to Laurel Stewart from our sponsor TouringPlans.com who shared all the details about these important changes.

A number of websites report that not only have the prices changed, but also the options for the Deluxe Plan have, as well. In particular, the current information from Disney omits the appetizer from the deluxe plan, leaving only the entree, dessert and drink as the meal offered on the plan. It is important to note that Disney can make changes before the end of the year, so keep an eye out for possible updates.

Thanks to Laurel from our sponsor TouringPlans.com for the new price information and wdwmagic.com for the plan change details.

Captain EO to return to Epcot

It looks like Epcot's Imagination Theater is once again hosting Captain EO, starring Michael Jackson. Back in April, the 4-D film went on hiatus as Disney decided to use the theater for special previews of Tomorrowland and then the current preview of Inside Out. According to the Orlando Sentinel, the film returns to Epcot on July 19, 2015.

How to celebrate Independence Day at Walt Disney World

Walt Disney World has a patriotic lineup of entertainment around the theme parks to celebrate our nation's 239th birthday on July 4. In fact, so much entertainment is planned, that Disney scheduled two days to honor our country: July 3 and July 4! Here's a quick run-down on what to expect for Independence Day festivities:

All resorts should have poolside games, crafts and movies under the starts for the holiday. Over at Port Orleans Riverside there will be a Riverside Fair: Red, White & Blue on the Bayou which features a barbecue from Noon until 5:00 p.m and live entertainment form 5:00 p.m. to 8:30 p.m.

IMPORTANT REMINDER: Crowds at Walt Disney World get especially heavy during the Fourth of July weekend, so make sure to get to the park of your choice early, as Disney may decide on phased closures due to crowed levels.

The Disney Savings Plan website continues to receive complaints about its reliability and user experience. The story first surfaced last week when customers complained that too much money had been taken out of their accounts, even causing some bank overdraft fees.

Earlier this week, Disney announced that it would disburse refunds shortly and that the technical glitches were addressed. Despite that announcement, more people came forward with a variety of stories outlining various problems, including:

For many, like myself, we just want to see our balance to ensure that the funds are still there, but not being able to see my balance for a week is concerning.

Meanwhile, Disney spokesman Bryan Malenius apologized for "any inconvenience this has caused our guests and are happy to talk with anyone who has concerns. "Refunds have been processed, and we’re working diligently to bring the website back online."

As summer temperatures soar, Disney's Hollywood Studios has a cool option for visitors with Frozen Summer Fun. This week, we give you a tour around all the special events! 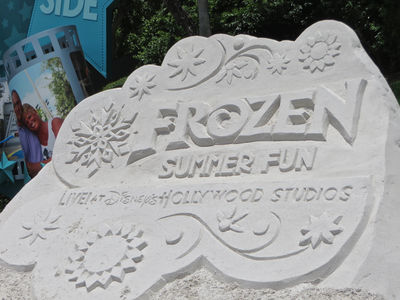 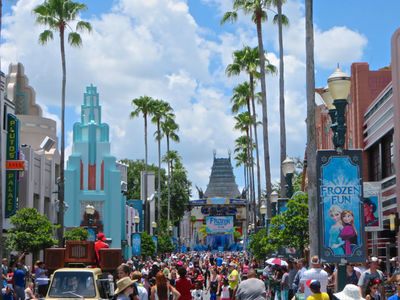 Frozen Summer Fun has returned to Disney's Hollywood Studios and is scheduled to run through September 7, 2015. Photo by Alan S. Dalinka. 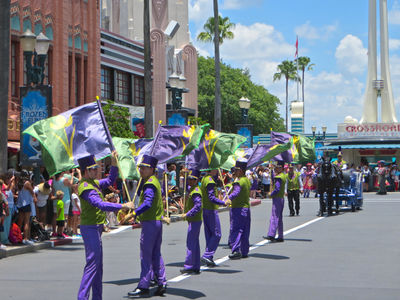 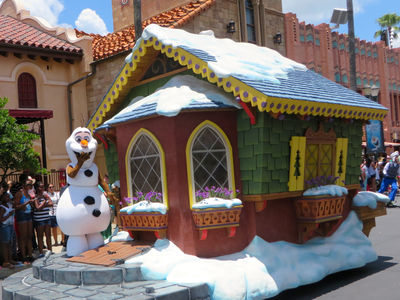 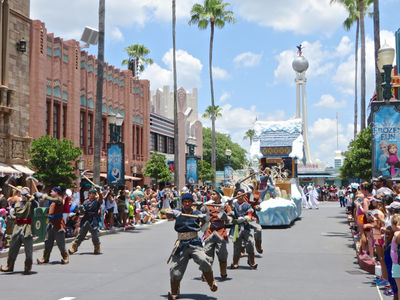 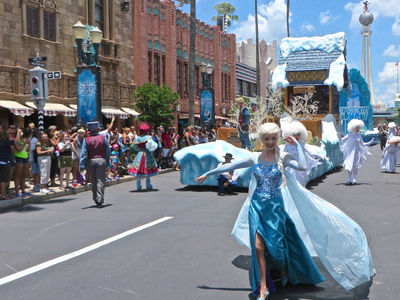 The Frozen Royal Welcome parade stops twice during each of its two daily runs through Disney's Hollywood Studios, inviting guests to join in singing "Let It Go" while it snows. Queen Elsa and Princess Anna get off their floats and greet the crowds during the parade stops. Photo by Alan S. Dalinka. 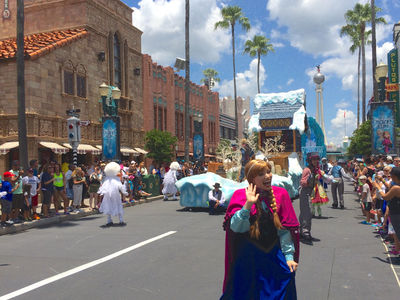 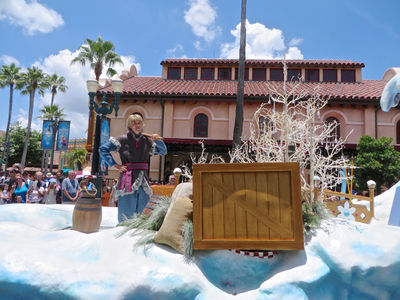 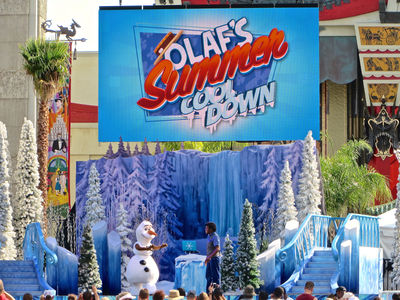 Olaf has his own stage show this year during Frozen Summer Fun at Disney's Hollywood Studios. Photo by Alan S. Dalinka.