In this update is major update to the Walt Disney World refurbishment schedule. We get questions about refurbishments quite often and try to stay on top of changes. We post changes once we confirm them from multiple sources. As always, the dates may change along the way, but you will see in the list below that the overarching theme at Walt Disney World for the time being continues to be "change."

If you have a trip coming up through mid-2016, you can get a preview of what rides, attractions and resorts will undergo refurbishment so you can prepare and make your arrangements accordingly.

More reports about inappropriate behavior by Walt Disney World to share this week; fortunately, though, neither arrest was the result of on-property actions.

Police arrested four in Polk County, Florida, last week on lewd behavior charges from an undercover sting in the area. Of the four men arrested, two were confirmed by WKMG Local 6 to be Walt Disney World employees

During the same sting, Christopher Cox (41) allegedly touched an undercover detective against his will and faces battery charges.

In addition to the meal and character meet-and-greets in a room decked out in its holiday finest, visitors at Minnie's Holiday Dine at Hollywood & Vine receive VIP seat for Fantasmic, Disney Hollywood Studios' nighttime fireworks spectacular.

Minnie's Holiday Dine at Hollywood & Vine is available for $52.99 per adult and $31.99 per child age 3 to 9 (plus tax and gratuity) for a limited time only. Park admission is required to participate and is not included with the meal price.

Be Our Guest breakfast now permanent

After a an almost five-month "test run," Disney announced that the Magic Kingdom's Be Our Guest restaurant will now serve breakfast on a permanent basis.

The menu offers a variety of items, from pastries and breads to meat, eggs, quiche, fresh fruit, and more. Adult entrees cost $19.99 and kids entrees cost $11.99.

Entries are accepted through 11:59:59 p.m. August 28, and a winner will be notified on or about September 10. Visit the contest's official rules and regulations web page for terms and conditions.

Family members can nominate their favorite grandparent by visiting the official contest web page, submitting a short essay about the grandparent, along with a photo.

You have a year after this contest is over, until September 11, 2016, in which to book and complete your trip by.

Views from Around the World

This week, our photographer not only provided some usual updates on construction projects happening around Walt Disney World, but also dropped by for some Frozen Summer Fun at Disney's Hollywood Studios, enjoyed Epcot's "Illuminations: Reflections of Earth" and wished upon a star at the "Wishes Nighttime Spectacular" in the Magic Kingdom! Let's take a look! 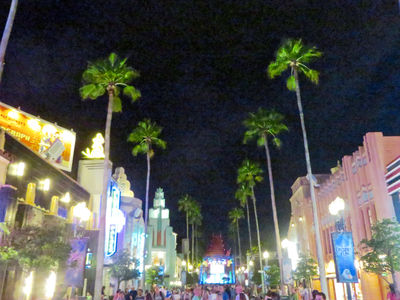 Hollywood Boulevard at Disney's Hollywood Studios bustles with activity as guests gather near the stage in front of the Chinese Theater for the dance party and Frozen fireworks. Photo by Alan S. Dalinka. 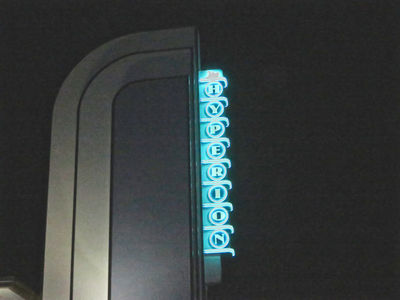 At Disney's Hollywood Studios, the sign of the recently renamed "The Hyperion Theater" is outlined in neon that compliments the building's Art Deco style. Photo by Alan S. Dalinka. 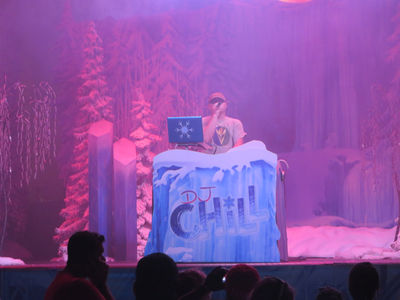 DJ Chill hosts the dance party at the stage in front of the Chinese Theater at Disney's Hollywood Studios immediately before "Frozen" fireworks (scheduled through September 7). Photo by Alan S. Dalinka. 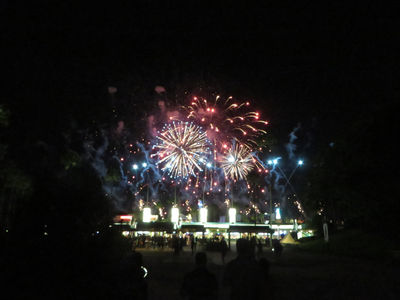 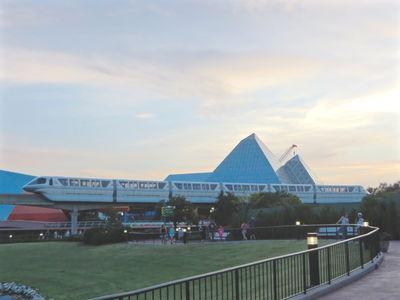 Monorail Silver passes the Imagination pavilion and the backstage construction crane at the site of the new theater being construction for Soarin' at Epcot. Photo by Alan S. Dalinka. 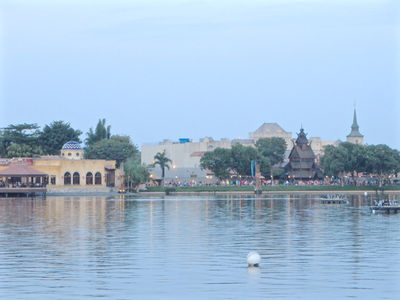 Concrete walls now rise above the construction barrier walls between Epcot's Mexico and Norway pavilions for the new "Frozen" attractions under construction at Epcot. Photo by Alan S. Dalinka. 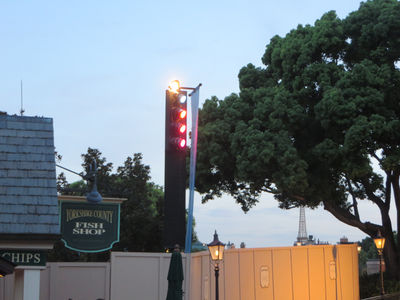 A wee bit of construction walls now surround some of the landscape of Epcot's UK pavilion just beyond the Fish Shop near the path to the International Gateway. Photo by Alan S. Dalinka. 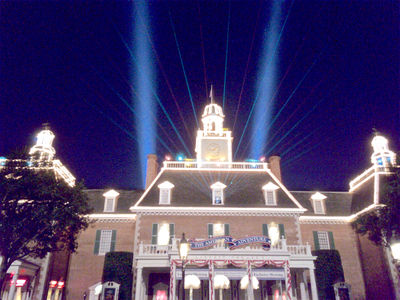 The fireworks of Epcot's Illuminations: Reflections of Earth shine on the bricks of The American Adventure pavilion while the building's lights twinkle and its lasers and search lights glow over Epcot's World Showcase. Photo by Alan S. Dalinka. 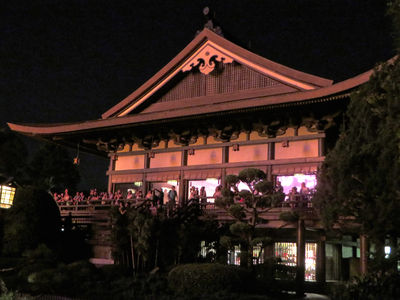 Park guests gather outside the restaurants at the Japan pavilion above the Mitsukoshi Department Store to enjoy Epcot's nightly presentation of Illuminations: Reflections of Earth. Photo by Alan S. Dalinka. 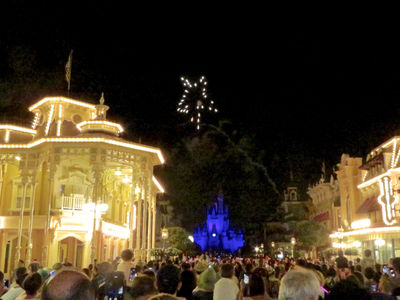 Park guests really do get a chance to "wish upon a star" during Magic Kingdom's presentation of its "Wishes" fireworks display. Photo by Alan S. Dalinka. 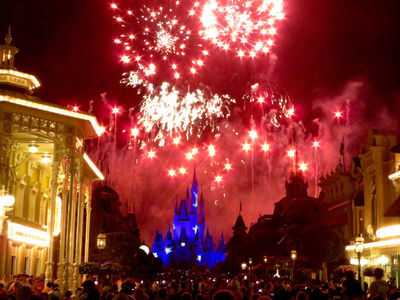 Magic Kingdom's Main Street USA is filled with guests and their glowing cameras for "Wishes" fireworks, but the view from the flag pole is no longer filled with (the now-banned) selfie sticks. Photo by Alan S. Dalinka.