Help! It's September and I haven't gone to Walt Disney World yet this year. I realize that there are still three and a half months left of 2015 and there's still time left for me to get down there, but sadly enough – it looks like that just might not happen. We don't have something planned at the moment. There are lots of reasons for this lack of magic that's currently occurring in my life; none of which I'll bore you with here. Suffice it to say, it doesn't look like it's going to happen and I'm really not happy about that fact. As you can imagine, I'm going through some serious withdrawals. It's been about a year since we were there. As a matter of fact in just a few days, it will surpass a year. There hasn't been this big a gap in our visits since we first started going as a family 12 years ago

I can't say that I've suffered. We've been very fortunate to have the number of trips that we have had over the last decade or so. Still, it's never enough for me. I know I'll be there sooner or later, preferably sooner, and that fills me with optimism. That's good because it's a great time to be a Walt Disney World fan. There's a heck of a lot on the horizon and I'm looking forward and feeling very optimistic that the next decade is going to bring some wonderful new things to experience at my favorite place in the world. As the old Mousetro Walt Disney himself famously said,

"Around here, however, we don't look backwards for very long. We keep moving forward, opening up new doors and doing new things, because we're curious...and curiosity keeps leading us down new paths."

I'm kind of banking on that sentiment as I look forward to the next few years in the most magical place on Earth. What is it that I'm most looking forward to seeing? Let's take a look with the Top 5 New Things I'm Looking Forward to at Walt Disney World. 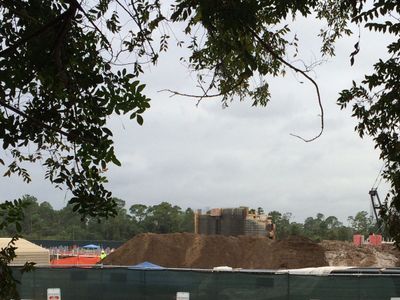 The land of Pandora is beginning to go vertical. Photo by J. Jeff Kober.

Here's the thing about Avatar. I know it was a major blockbuster. Scratch that. I know it's the biggest blockbuster of all time. I also know that there are three more films to come in the series. I'm a little excited about this new addition to Animal Kingdom, but just a little. Personally, the characters and the film itself just haven't really lodged themselves into my brain. For example, I couldn't wait to visit Universal's Wizarding World of Harry Potter and be immersed in Harry's universe. You'll see by my number one choice on this list what other film franchise I can't wait to sink my teeth into as well. However, I don't really feel that way about Avatar and, for that matter, neither do my kids. I'm not sure what it is. Maybe we just didn't emotionally connect with it the way others have. There's no doubt that characters like Harry Potter, Darth Vader, and Buzz Lightyear, for example, have become household names. My mom knows who Luke Skywalker is, but I'm quite confident she doesn't know who Jake Sully or Neytiri are.

So, I'm not all that excited for Pandora–The World of Avatar because it's going to put me into the Avatar universe. I'm excited for it because I have faith in Imagineer Joe Rohde. In my eyes, along with a great story, Avatar's strongest point was its outstanding visuals. With Rohde, James Cameron, and producer Jon Landau all working hand-in-hand on this new land in Disney's Animal Kingdom, I can't imagine how this is not going to be an awesome place with incredibly cool attractions and a potentially dazzling atmosphere. The concept art and models look amazing and I'm hopeful that this is going to be one of the most unique places to visit at any Disney park, or anywhere for that matter. I don't know about you, but I am looking forward to seeing how they pull off some floating mountains. 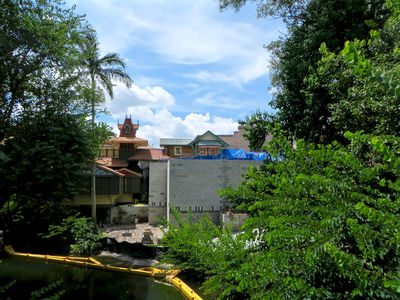 The Jungle Cruise has always been a favorite attraction of mine. The Magic Kingdom could certainly use another good restaurant and the Jungle Navigation Co., Ltd. Skipper Canteen looks like it's on track to be just that ticket. Adventureland has the perfect theming going on for a restaurant already. This one should be a no-brainer and I already envision it being a tough dining reservation to snag. 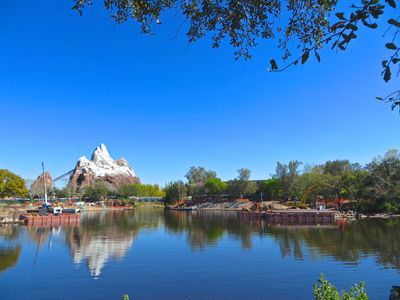 I adore Disney's Animal Kingdom. I think it's an amazing place bursting with life and beauty. Regrettably, the one thing I've never gotten to experience is Animal Kingdom at night. I've heard wonderful things about the way this place takes on a whole new look once the sun goes down. This show, Pandora, and a few other potential nighttime activities are going to extend future days at Animal Kingdom and I couldn't be more excited about finally seeing this park at night. The whole idea of the Rivers of Light show seems very intriguing to me and I think it's going to be a winner. 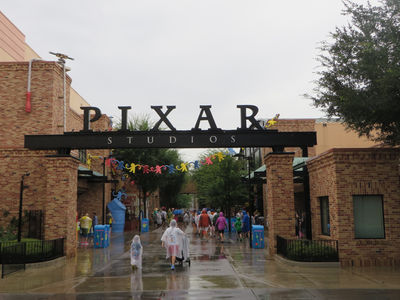 Toy Story Land will likely be built in close proximity to the existing Pixar area. Photo by Alan S. Dalinka.

I wasn't even close to being a kid when Buzz and Woody appeared for the first time on the silver screen. In 1995, I was 27 and working for VH1 in their Production Management department. One of the perks of working for a major entertainment conglomerate was occasional company-only film screenings. When we were all given free passes to see something called Toy Story at a classic old movie house, The Guild Theater in Rockefeller Center, I happily accepted. It had Disney's name attached to it and there was industry buzz about it being the first feature-length computer animated film; besides that, I was broke and it was free. I don't have to tell you what happened next. That room full of jaded, cynical twenty-somethings all reverted to a room full of kids with smiles ear to ear. It was my first and probably only, standing ovation at the movies.

Ever since then, the world of Toy Story has been an escape for me. It takes me to another time when my toys were indeed alive and nothing mattered more than playtime. I got to experience my own children going through that same blissful joy playing with their own toys. Once again, I'm going on faith, that as long as someone like John Lasseter is essentially at the helm of this project, Toy Story Land, or whatever it ends up being called, will be a go to place for me at Walt Disney World in the future.

What a year it's been for Star Wars fans. As if the whole, "Chewie, we're home," moment in The Force Awakens trailer wasn't enough to collectively blow our minds, now we find out that we're actually going to get 14 acres of Star Wars at Hollywood Studios? Do you remember the moment when you first walked underneath that AT-AT walker in front of Star Tours? Of course you do. How about the first time sitting on that speeder bike just across the way? I've done it. You know you have too. If you're a Star Wars nut like me, then Star Tours is just about nirvana.

Unlike the previous entry on this list, I was a child for the release of Star Wars. A very happy nine-year-old boy sat in the audience at the legendary RKO Keiths movie palace in Queens, heard those thunderous opening notes, read that scrolling text and then felt that immense Star Destroyer fly overhead. It just blew me away. We went home that day and Star Wars took over our lives. Since then, I've dreamed about escaping into that universe and now, it looks like that dream might just about come true. 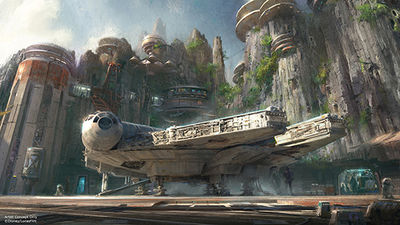 Guests will ride the Millennium Falcon in the new Star Wars Land, shown here in a Disney rendering. Image ©Disney

Imagineer Scott Trowbridge has promised us a totally immersive land straight out of the Star Wars universe. The concept art is fantastic. I'm not really sure what I'm going to do if I actually come face to face with a full-size Millennium Falcon. All I know is I've been waiting since 1977 to actually walk into the Star Wars films, and if the artwork and the impassioned D23 Expo speeches are any indication of what we're truly in for, then my life will be coming around full circle at Walt Disney World sometime soon. And now the wait begins.

So, yes, it's a total drag that I don't have a Disney trip in the works right now. However, Walt Disney World is more of a state of mind kind of thing for the truly devoted. It's in our heads and it's in our hearts and we know it will always be there for us. I'll be back soon enough and when I return, old friends and new experiences will be there to greet me. That's the true beauty of the place. I look forward to my next ride on Peter Pan about as much as I'm looking forward to everything that's yet to come on this list.

I know that Walt's words are being adhered to; that they'll "keep moving forward, opening up new doors and doing new things." And I'll be right there with them, happily along for the ride.