If the Halloween Time, Holiday season and 60th Anniversary promotions weren't enough reason to plan a trip to Disneyland before the end of the year, here's another incentive – January 10, 2016 is your last chance to ride the Disneyland Railroad, see Fantasmic, or enjoy the Rivers of America attractions before they close temporarily to accommodate the construction of Star Wars Land. 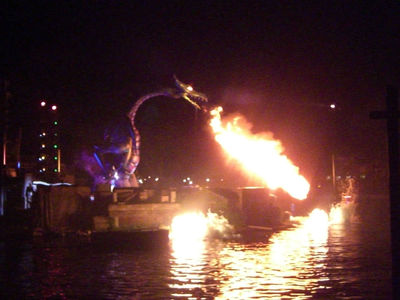 Earlier today, the Disneyland Resort officially notified cast members at the impacted locations of the coming closures, and then shared details about the plans via a posting on the Disney Parks Blog. According to that announcement, all of the following are set to close at the end of business of January 10, 2016, to allow for construction access to the 14-acre expansion site: 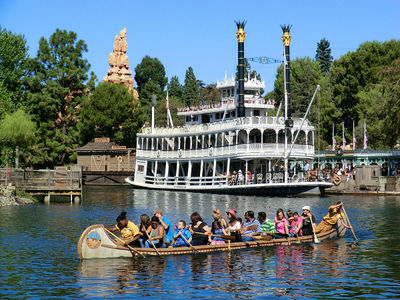 Disney says that all of these attractions will reopen in the future. While the announcement did not say how long the attractions will be closed, a spokesperson told MousePlanet the closures are expected to last more than a year.

By our rough estimate, more than 300 Disneyland cast members are impacted by the temporary and permanent closures, though Disney would not confirm that number. Disney did confirm that all cast members will be offered transfers to other roles, which is the company's usual practice when employees are displaced due to location closures. It seems to us that this might prove more challenging when dealing with employees in specialized roles, like the petting zoo animal handlers and the Fantasmic stage technicians. 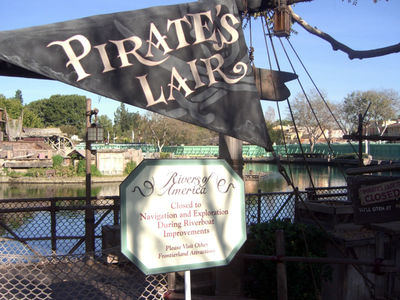 The Rivers of America will again be closed to exploration when Star Wars Land construction begins in 2016. MousePlanet file photo.

Disney's announcement did not explain why the Disneyland Railroad and the entire Rivers of America complex must be shuttered during this phase of the construction.

The Disneyland Railroad tracks run behind the Big Thunder Ranch area, land which is used in the Star Wars Land expansion. Imagineers faced a similar problem when they built Toontown outside the existing park berm, but simply constructed an entrance tunnel underneath the Disneyland Railroad tracks. That worked for Toontown, but is not an ideal solution for the already-tricky transition between the wilds of Frontierland and the frontier of unexplored space.

Based on building permits filed with the City of Anaheim, it is possible that Disneyland intends to modify the path of the Disneyland Railroad, perhaps moving the tracks to cut the corner across the Big Thunder Ranch area. This is complete speculation on our part, but may explain the need for a year-long closure.

The closure of the Rivers of America may also be a sign that Disney plans to alter the banks of that waterway, perhaps to make room for the rumored path between Critter Country and Star Wars Land.

When asked, a Disney spokesperson said only that they have nothing to announce at this time.