Even though Disney previously announced that the new Star Wars experiences would begin December 1, Monday morning brought an early surprise to Walt Disney World visitors. As the Season of the Force officially kicked off at Disneyland, the Star Tours attraction at Disney's Hollywood Studios also debuted a new ride scene based on Star Wars: The Force Awakens.

Everyone who rides Star Tours during the opening months will see the new scene, after which it will be part of the ride's randomized sequence.

Disney announced Monday that more Season of the Force elements are arriving to Disney's Hollywood Studios on January 5, 2016. These include in-park appearances by First Order stormtroopers, the debut of the "Symphony in the Stars: A Galactic Spectacular" fireworks show, and the addition of Star Wars-themed food and beverages. These new offerings may somewhat soften the blow of the cancellation of the Star Wars Weekends, and help keep guests engaged until the new Star Wars Land opens. 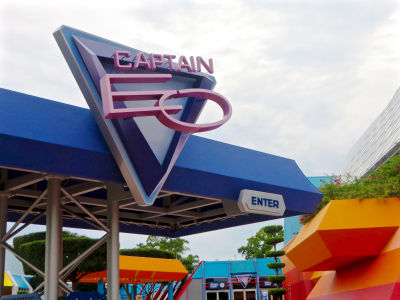 Captain EO is slated to close at Epcot in December. Photo by Alan S. Dalinka.

Disney has not provided a list of the animated shorts or announced an opening date for the new film festival. There also was no reason given for the decision to replace an attraction created for the Disney theme parks with a "film festival" that anyone with a decent DVD collection or a Netflix account could stage in their own living room.

A new Innoventions exhibit opened last week at Epcot. Colortopia, sponsored by Glidden, offers participants various ways to experiment with color using a variety of interactive tools. Possibly the most compelling is an area where visitors can use digital brushes to "paint" a display wall. Contributing photographer Alan Dalinka visited during the opening weekend, and shares these photos. 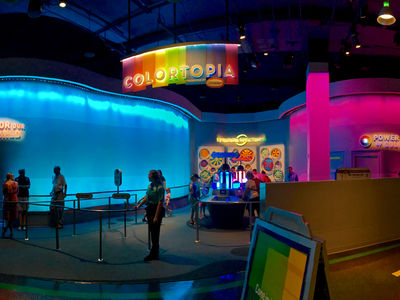 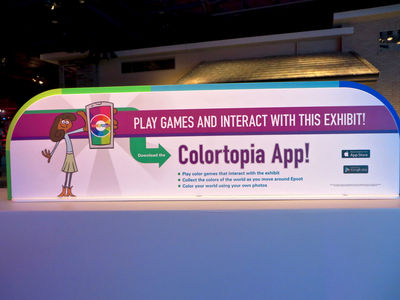 Guests visiting the new Colortopia Innoventions attraction are encouraged to download the Colortopia app, which can be used in the attraction and in World Showcase. Photo by Alan S. Dalinka. 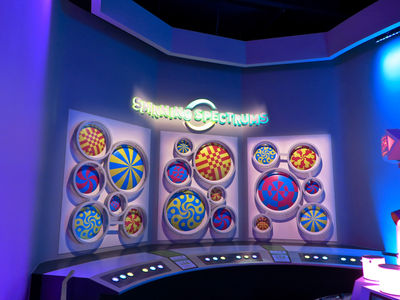 The new Colortopia Innoventions attraction includes three areas for guests to visit. Ty Burrell of the TV sitcom "Modern Family" narrates the "Power of Color," a three-minute light show, and introduces the Color our World experience. This photo shows the interactive area in between the other two rooms. Photo by Alan S. Dalinka. 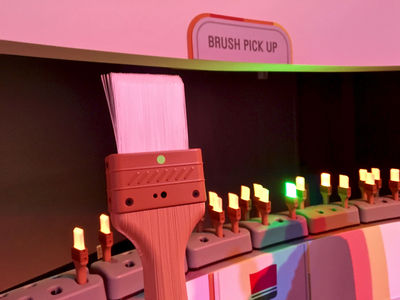 The new Colortopia Innoventions attraction includes the Color Our World experience, which allows guests to virtually paint scenes on a wall with digital paint brushes. Photo by Alan S. Dalinka. 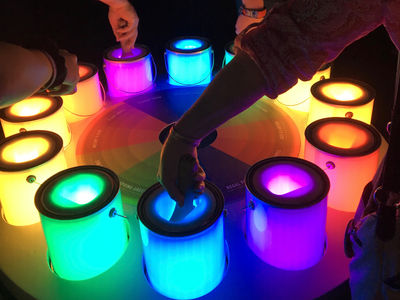 When guests dip their digital paintbrushes in color buckets at the new Colortopia Innoventions attraction, the brush tip changes color and can be used to paint (and bring to life) images on the walls of the Color Our World experience. Photo by Alan S. Dalinka.

Contributing photographer Alan Dalinka shares more images from around Walt Disney World, including the grand opening of the new pedestrian bridge connecting Disney Springs to the nearby hotels. 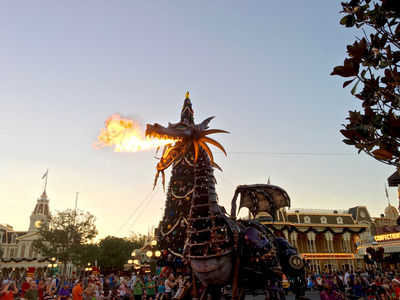 Filming of the ABC-TV Disney Parks Christmas show last week at Magic Kingdom was responsible for a unique twilight viewing of the Disney Festival of Fantasy Parade. Photo by Alan S. Dalinka. 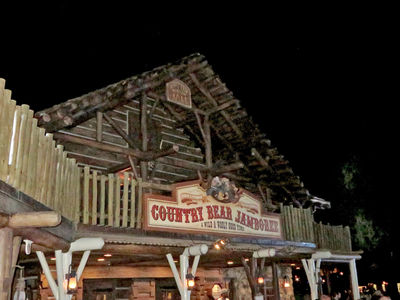 The exterior refurbishment of the Country Bear Jamboree has wrapped up in Frontierland. Photo by Alan S. Dalinka. 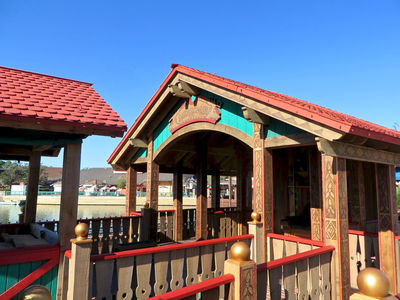 "Holidays at Disney Springs" began over this past weekend. The new Santa meet-and-greet is located adjacent to Village Lake in the Marketplace near the World of Disney Store. Photo by Alan S. Dalinka. 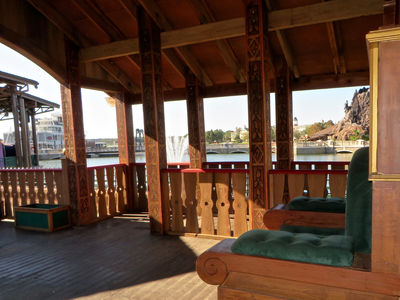 The view of Village Lake from the photo spot (in the Marketplace area) for Santa is very nice. Photo by Alan S. Dalinka. 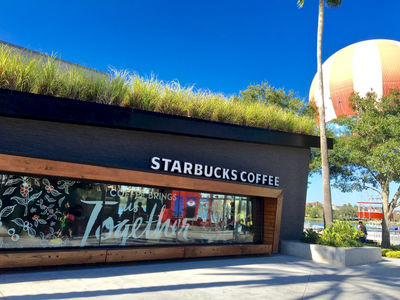 The Disney Springs West Side Starbucks is decorated for the holiday season. Photo by Alan S. Dalinka. 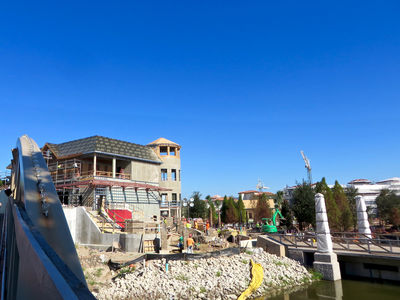 STK Steakhouse at Disney Springs in The Landing area is expected to open before the end of this year. Photo by Alan S. Dalinka. 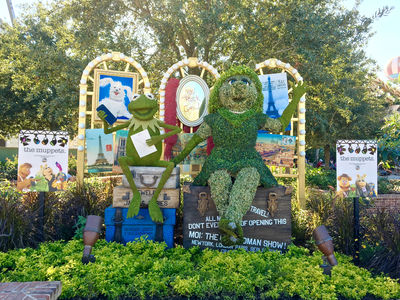 Kermit and Miss Piggy topiaries promoting the ABC-TV series "The Muppets" are located near the World of Disney Store in the Marketplace area of Disney Springs. Photo by Alan S. Dalinka. 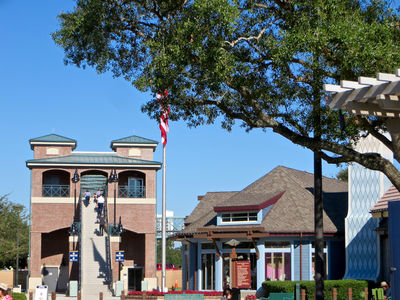 Now open is the new pedestrian bridge next to Once Upon a Toy over Buena Vista Drive connecting Disney Springs with the area hotels on Hotel Plaza Boulevard. Photo by Alan S. Dalinka. 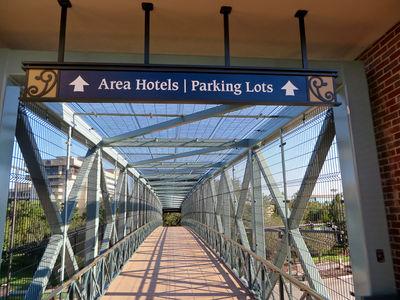 The new Disney Springs pedestrian bridge next to Once Upon a Toy is now open. Photo by Alan S. Dalinka. 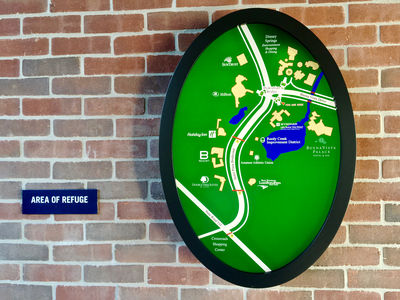 The map shows the location of the new pedestrian bridge from Disney Springs to the area hotels on Hotel Plaza Boulevard. Photo by Alan S. Dalinka. 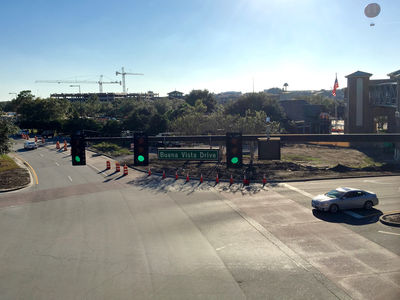 ...Victoria & Alberts at the Grand Floridian Resort Hotel has claimed the AAA Five Diamond Award for the 16th consecutive year. Earlier this year, TripAdvisor named the restaurant one of the top restaurants in the United States in their 2015 Travelers’ Choice awards.

...In advance of its upcoming six-month exterior and interior renovation, Planet Hollywood at Disney Springs has filed a notice with the State of Florida for 468 employee layoffs to occur by January 19, 2016. 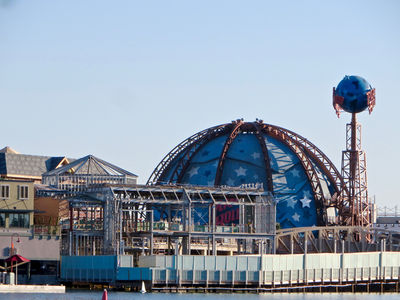