Fastpass at the Disneyland Resort: Use It or Skip It?

The Best Rides to Fastpass and Which to Skip

Ever since its introduction in 1999, the Fastpass system has been a popular and useful asset for people to use while visiting the Disneyland Resort. It's been a positive addition to the park and helps visitors have a more efficient day at Disneyland or Disney California Adventure while minimizing wait times, however, is it always useful at every attraction its offered at?

When you're trying to maximize your time at the parks and avoid having to wait in endless lines, Fastpass can seem like the obvious option—sometimes though, it may not be the best option and the best use of your time. This article will help show you every attraction at Disneyland and Disney California Adventure that offers Fastpass and whether or not it's beneficial and a good use of your valued Fastpass opportunities and time.

The Fastpass system, which allows visitors to scan their park ticket via a Fastpass machine at an attraction where Fastpass is offered, and receive a small paper ticket to serve as their Fastpass. The paper ticket lets you know what time range to return to the attraction to ride. Additionally, you can only hold one Fastpass (with a few minor exceptions) at a time, so if your Fastpass for Space Mountain says you can return between 12:00 p.m. and 1:00 p.m., you cannot receive another Fastpass for any other attraction until 12:00 p.m.

Big Thunder Mountain Railroad is one of the better-moving lines of any attraction at Disneyland; a 25-minute listed wait can easily actually be 15 minutes if things are running smooth at load-in. That makes Big Thunder Mountain Railroad a toss-up when it comes to Fastpass; the Fastpass entrance line does take you about three-quarters of the way through the queue however, which makes it a pretty good Fastpass location. The verdict here is if the wait is listed as 30 minutes or longer, this is a great attraction to Fastpass and come back to at a later time. 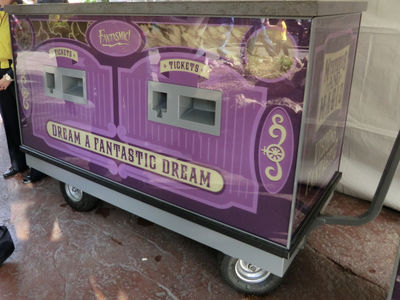 Haunted Mansion is a tricky one because the Fastpass offering seems so off and on, it's never a guarantee that its Fastpass option will be available. With that said, it does seem to be a safe bet during the holidays and this is a fantastic time to get a Fastpass for Haunted Mansion Holiday. The holiday overlay brings long lines, and unless you hit the attraction early in the morning, you're almost guaranteed a long wait—therefore a Fastpass is a great option. During the regular park season however, this is probably one attraction not worth using your Fastpass on.

Indiana Jones seems like it would be a great attraction to Fastpass with almost certain waits of 45-plus minutes any day of the week, however, it may not be that simple. The trouble with the Indiana Jones Fastpass is that on regular days (that is, not weekends or holidays), you may be just as well off waiting standby for Indy. The Fastpass line at Indy only takes you to the entrance of the building, that means if the standby line doesn't extend far outside of the building in the outdoor switchbacks, you're not going to save much time by using a Fastpass. If you're visiting on a weekend or a holiday and the wait time is over an hour long and well outside of the show building, by all means use Fastpass for this attraction. However, if you're visiting during the week or a slow day, you might as well save one of your Fastpass options and wait standby.

Roger Rabbit is probably one of the biggest iffy Fastpass options of the park, in my opinion. While the line can get pretty long during busy times, the queue is so entertaining that it's practically a large part of the attraction itself. Additionally, the line tends to move rather quickly even on busy days. However, Roger Rabbit's Fastpass return line is one of the shortest in the park, you are taken directly to the load station and will be on the attraction very quickly. If you've got time to wait and aren't in a hurry, do yourself a favor and take in the extended queue. However, if you're crunched for time or just want to do experience Roger Rabbit in a hurry, Fastpass works great.

Space Mountain is hands-down my favorite attraction to Fastpass. Not only is it completely necessary on most days—unless you don't mind waiting up towards and hour or more—but it's the quickest Fastpass line that I've found thus far. The Fastpass line takes you all the way up to the entrance of the building, and from there, you basically walk on to the attraction. The only downside to this Fastpass is that the passes run out fast on busy days, so you need to make getting a Fastpass here a priority if you're interested—but you won't regret it. Especially right now with the extremely popular Hyperspace Mountain overlay, getting your hands on a Fastpass will be a great idea for your day. 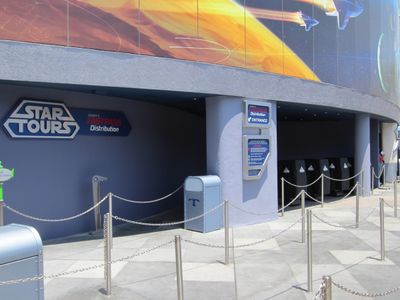 As with the Fantasmic Fastpass option, World of Color is another Fastpass that allows you to hold it along with your regular Fastpass tickets throughout the day. Therefore, again, this is a no-brainer option to pick up if you are planning on watching World of Color that evening and not doing a dining package. If you make one of your first stops at the World of Color Fastpass distribution area, you'll be sure to get a Fastpass for the show later that evening.

California Screamin' is such a huge toss-up when it comes to Fastpass that it's probably best to leave this one as a judgment call for your party. On busy days, California Screamin' definitely attracts long lines, but on the bright side, the line moves through rather quickly, and a long wait time can easily turn into a very manageable one. I personally rarely use Fastpass for this attraction, but again, I'm going to leave this one to your personal judgment.

Goofy's Sky School always seemed like a random option for Fastpass at DCA to me. The attraction can get busy at times, but the lines are never too crazy to warrant a big need for a Fastpass option. However, this ride is mainly aimed towards kids, so if you have a child who desperately wants to ride this attraction and doesn't like waiting, Fastpass is probably a good idea for your party here.

Much like Splash Mountain over in Disneyland, this attraction develops long lines and long wait times during the summer and hot days due to people looking to cool down. Therefore, if you're looking to experience this attraction during those times, especially if it's later in the day, you're probably looking at a great option to get a Fastpass here.

Radiator Springs Racers is probably the best and most sought-after Fastpass in either theme park due to its immense popularity and relatively new status. This is the Fastpass people will go straight for after park opening, and on busy days, you can be almost certain Fastpass distribution for Racers will have run out by midday. There are a few other options to get on Racers quickly, but it's almost always a good idea to try and get a Fastpass for this attraction.

Soarin' Over California is a tricky attraction to judge when it comes to Fastpass because either way, you're in for a bit of a wait. Soarin' loads very slowly as it's a short film within the attraction that takes longer than most attractions. The Fastpass line takes you into the show building and into a line next to the standby line, which then leads to one more line before loading. So again, I leave you with one factor: if the standby line extends way beyond the show building, Fastpass it—if not, you're in for a similar wait in standby.

The Twilight Zone Tower of Terror

As the biggest thrill attraction at Disney California Adventure, Tower of Terror definitely attracts immensely long lines during peak days in the park. While Tower of Terror shouldn't exactly be called slow at loading, it's not the quickest loading attraction in the park, which can contribute to the longer wait times, especially on busy days. With only so many people being able to go at one time until the entire attraction is completed, this can be a slow wait. Therefore, if Tower of Terror is on your list of must-do attractions, get a Fastpass. 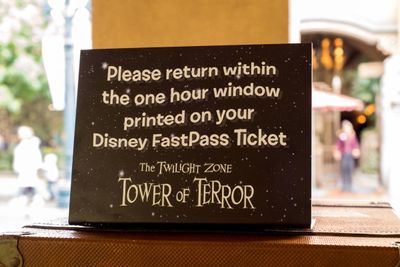 While Fastpass seems like a great option for any attraction at face value, as you can see, it's not so cut and dry with every attraction. Sometimes it's the best idea to get a Fastpass while in other situations, you may be better off waiting standby and saving your Fastpass opportunities for another attraction that will be well worth the time. If you're looking to maximize your time in the parks, make sure you think ahead and strategize which attractions will be the best for you to Fastpass—and above all, have fun!