To this writer, Epcot's annual Flower & Garden Festival seems each year to be less about the gardens and more about the grub. At some point I do have to wonder if they'll drop the Flower & Garden overlay altogether, and just refer to this as the Spring Food & Wine event.

Last week Disney announced two new "Outdoor Kitchens" for the 90-day Festival, bringing the total to 13 for 2016. The new additions include the Caribbean-themed La Isla Fresca, and a new booth from the United Kingdom, The Cider House.

Repeating a football-themed offer from past years, the Walt Disney World Swan and Dolphin Hotel is offering residents of North Carolina, South Carolina, and Colorado a free night at the Resort when they book two nights at regular price. The package must be booked by February 29, and travel completed by January 31, 2017. The offer is not valid Dec. 22 – 31, 2016.

Residents from the state of whichever team wins next weekend's championship game will receive a free room upgrade during their stay.

D23 Events on sale this week

Two D23 events for Gold Members in the Walt Disney World area go on sale this week. Tickets for Lunch with a Disney Legend: Charlie Ridgway go on sale today (February 2) at 1 p.m. EST. Gold Members may reserve a ticket for themself and one guest for the March 18 event. Each ticket is $125 per person to lunch in the American Adventure Parlor at Epcot and learn about Charlie Ridgway's career with the Walt Disney Company. Charlie started at Disneyland in 1963, and has planned over 150 press events over his career. A small number of tickets will be sold for $150 to sit at the Disney Legends table with Charlie Ridgway during the lunch. The ticket purchase link will be available on the D23 page after 1 p.m. today.

Tickets go on sale tomorrow for the March 19 event at Disney Springs, D23's Very Important Date: 65 Years of Alice in Wonderland. D23's Steven Vagnini hosts the event that will look at the making of the 1951 film, along with other ways that the classic has been integrated into other Disney productions, including the history behind the Disneyland attraction. A screening of the 1951 film follows the presentation. Tickets are $25 per Gold Member, on sale after 1 p.m. EST on February 3.

Views From Around the World

Contributing photographer Alan Dalinka visited Disney's Hollywood Studios and Epcot to get a look at the construction in both parks this week. 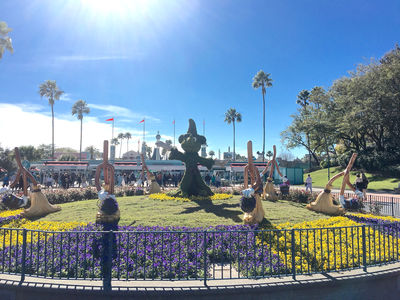 The Fantasia-inspired Sorcerer Mickey Mouse topiary display is once again the main landscaping feature outside the gates of Disney's Hollywood Studios. Photo by Alan S. Dalinka. 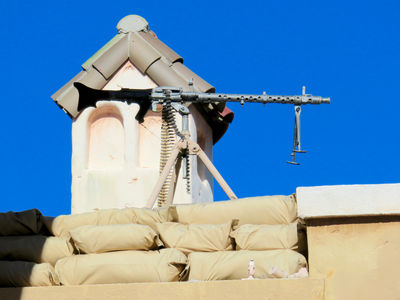 Notwithstanding the toy gun ban imposed at all Disney Parks, this machine gun nest still overlooks the queue to the Indiana Jones Epic Stunt Spectacular at Disney's Hollywood Studios. Disney has not removed guns used as props at attractions throughout the Parks, but has stopped selling all gun replicas, even bubble guns. Photo by Alan S. Dalinka. 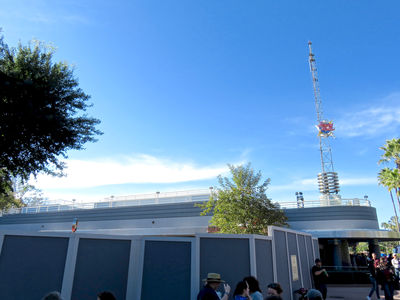 The radio booth next to the ABC Sound Studio theater (currently home to the Star Wars: Path of the Jedi movie) and the pathway next to it are now behind construction walls. Photo by Alan S. Dalinka. 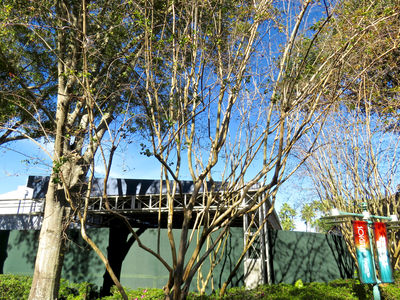 Around the other side of the ABC Sound Studio, the portion of the building that formerly hosted American Idol Experience auditions is also surrounded by construction screens. Photo by Alan S. Dalinka. 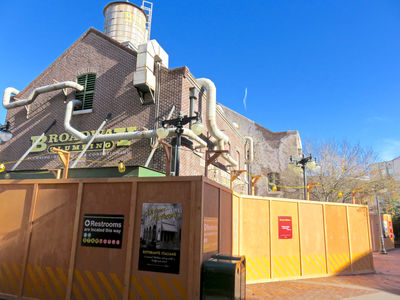 Pizza Planet and the attached restrooms are now closed for a lengthy rehab (and possible re-theming). Photo by Alan S. Dalinka.

Signs on the construction walls around Pizza Planet invite customers to visit Mama Melrose Ristorante and the It's A Wonderful (Christmas) Shop, both of which remain open during the construction. Panoramic Photo by Alan S. Dalinka. 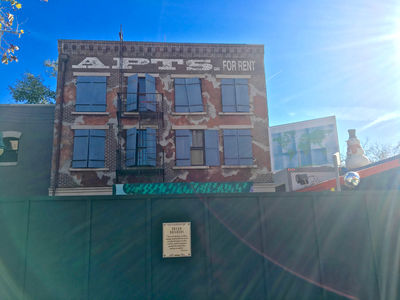 The Phineas and Ferb and Cars meet and greet locations are now closed behind construction walls as this area will be part of the Star Wars and Toy Story Lands at Disney's Hollywood Studios in the coming years. HDR Photo by Alan S. Dalinka. 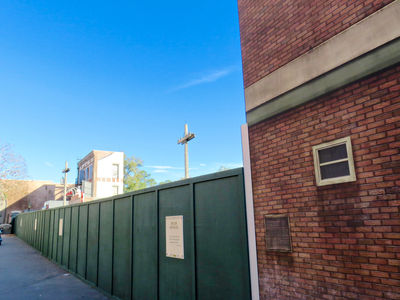 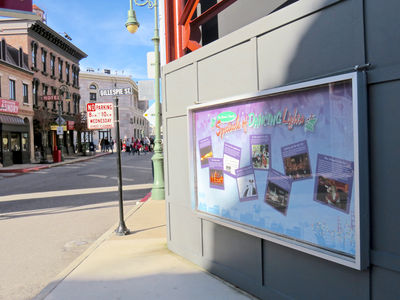 This sign, which has been hanging at the end of San Francisco Street year-round for quite some years, is one of the last elements of the Osborne Family Spectacle of Dancing Lights that is still standing after the final season of the lights has ended. Photo by Alan S. Dalinka. 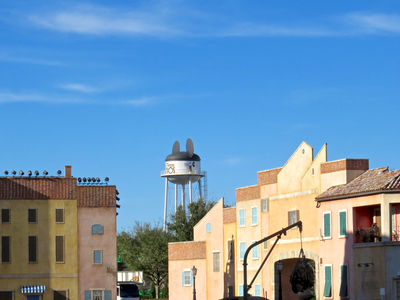 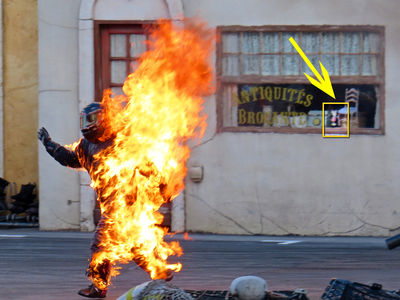 With the announced closing of Lights, Motors, Action! a couple of months away, you still may spot details you have not noticed before. I noticed a Mickey Mouse toy in the window of one of the shops. Photo by Alan S. Dalinka (arrow and highlight added). 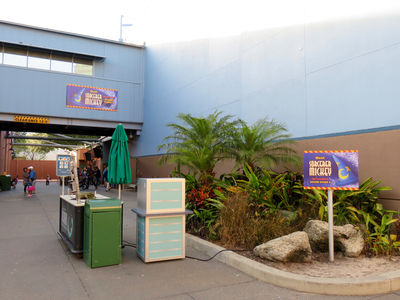 The Sorcerer Mickey meet and greet is now located on the soundstage between Toy Story Mania and Walt Disney: One Man's Dream. Photo by Alan S. Dalinka. 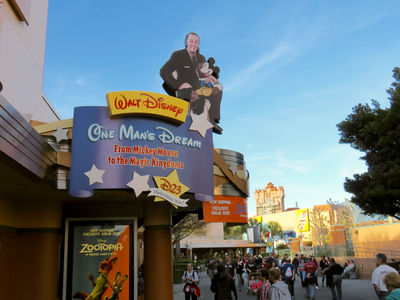 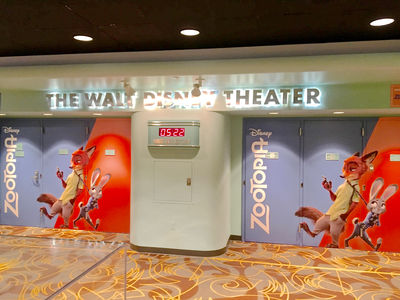 An extended preview of the upcoming animated feature "Zootopia" is now shown in the Walt Disney Theater at the end of the One Man's Dream exhibit. Photo by Alan S. Dalinka. 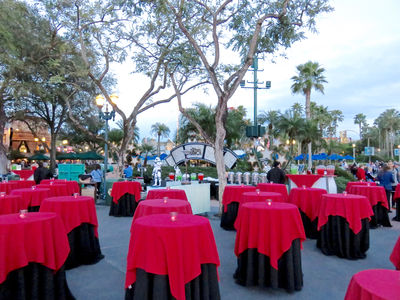 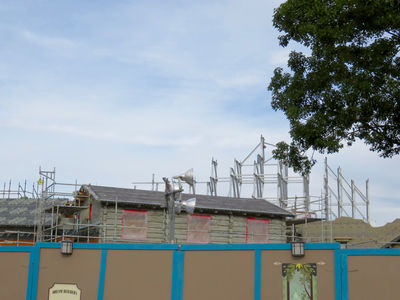 More vertical structures can be seen beyond the walls of the Frozen expansion of the Norway pavilion. Photo by Alan S. Dalinka. 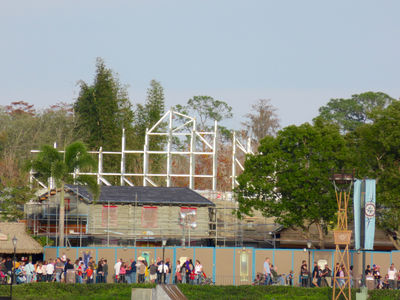 From across the World Showcase Lagoon, more details of the Frozen expansion of the Norway pavilion come into view. Photo by Alan S. Dalinka. 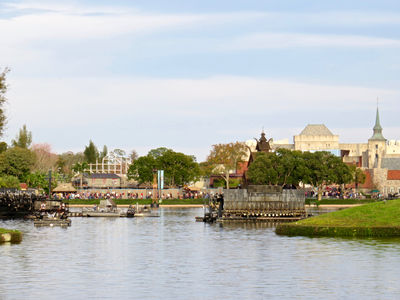 Large crowds will descend upon the Norway pavilion as its Frozen attractions debut sometime later this year. Photo by Alan S. Dalinka.

...Landry's, Inc., which operates several restaurants at Walt Disney World, last week updated the extent of a data breach we mentioned in a previous article. The chain says that Yak and Yeti's restaurant at Disney's Animal Kingdom park was vulnerable from May 8 to December 3, 2015. The data breach involves only credit card transactions—checks paid via MagicBand or cash were not at risk.

None of the Rainforest Cafe locations were involved in the data breach. Landry's is asking that any customer who used a credit card at an affected location during that timeframe pay extra attention to their statements to look for unathorized activity. Residents of certain states, including California, Massachusetts and West Virginia, have additional protections available to them. Visit the Landry's incident website for information.

...The National High School Cheerleading Championship is this weekend, February 6 – 7. This is one of the largest cheer events to take place each year at Walt Disney World, so there should be some noticable impact on attendance, especially around Disney's Hollywood Studios park. 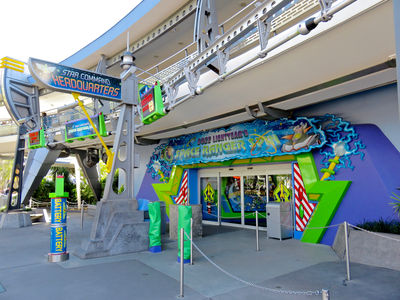