"My name is Chris and I can't believe I'm saying this, but in 2015 I did NOT go to Walt Disney World!" After an impressive run of 12 years in a row, we decided to sit out 2015. There were a list of reasons, and none of them are all that significant to you, my readers. However, given that I reluctantly took one year off, you can all imagine just how badly I'm in need of a Walt Disney World fix. I can't wait. The anticipation is pretty overwhelming and it has kept me going through some pretty hectic times over the last few months. The carrot dangling on the end of the stick is getting closer and closer and it's almost within my reach.

At this point we are about 45 days away from our stay at the Yacht Club, and I simply can't wait to be there. I'm getting more and more excited each and every day. There are so many things that I'm looking forward to—too many to list really. All of our favorite places, attractions, moments, restaurants, and magical experiences are there waiting for us. However, one of the great things about taking a pause in your Disney travels is not just returning to your old favorites, it's the possibility of changes occurring since you were last there. A lot has happened since we were last there almost 18 months ago.

As Walt famously stated when speaking about his beloved first park, "Disneyland will never be completed. It will continue to grow as long as there is imagination left in the world." The same can certainly be said for Walt Disney World. A lot has changed and a there's a lot that's currently deep into the process of being changed. Some changes are years and years away, like Star Wars Land and Toy Story Land at Disney's Hollywood Studios. Others like Pandora – The World of Avatar are getting closer than you think—perhaps opening within a year or so. Still, other changes have been made or are about to be made. 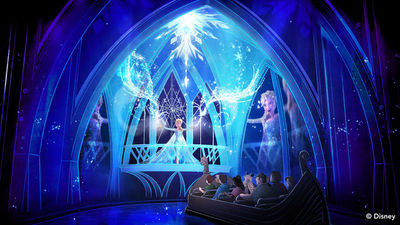 This particular room (shown in the concept art) is what I'm most eager to see in Frozen Ever After. ©Disney Enterprises

This item is not a discussion on the pros and cons of Frozen as a film, and it's certainly not a discussion on Frozen as a phenomenon. The fact of the matter is I always loved Maelstrom and the Norway pavilion in Epcot. Now that Maelstrom has closed down for good, I'm very curious to see its replacement. I've got good feelings about just how cool (sorry, I couldn't resist) traveling though Elsa's ice palace will be.

I'm hopeful that this will be a great new attraction for Epcot while simultaneously concerned about just how crazed the Norway pavilion will become. I'm looking forward to seeing the results. My 14-year-old boys on the other hand… well that's another story. 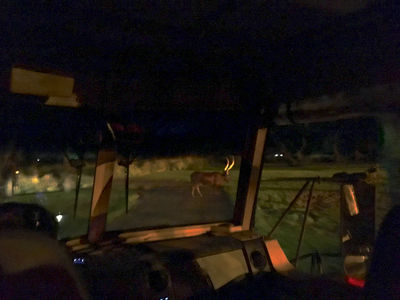 The headlights of the safari vehicle may provide rare photo opportunities during the new "Sunset Safaris." Photo by Alan S. Dalinka.

The nighttime safari has seriously intrigued me. Just what is it going to be like driving through the Harambe Wildlife Reserve in the dark, with a simulated sunset the entire time? This is a fascinating idea and if Disney does it right, it will be a winner in my eyes.

Nothing has me more excited than the thought of an entire land devoted to Star Wars at Disney's Hollywood Studios. Once it opens, it's going to be hard to drag me out of there. I can see it now. But the truth is, I can't see it just yet. So, the little teases that are beginning to trickle into my least favorite Walt Disney World park should be enough to tide me over until the big show a few years from now. 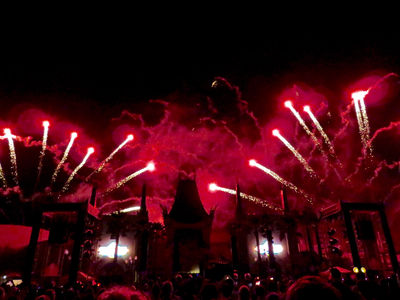 A new version of the Symphony in the Stars: A Galactic Spectacular fireworks show at Disney's Hollywood Studios is set to debut June 17 with Star Wars projections on the Chinese Theater. Photo by Alan S. Dalinka.

I'm psyched for a new destination in Star Tours. We all can't wait to walk around the Star Wars Launch Bay. But what I'm really looking forward to is very simply stated—a fireworks show set to the music and imagery of the Star Wars universe. Like the lady said, "You had me at hello."

2 – Soarin' Around the World

Soarin' has always been one of my favorite attractions ever since it opened back in 2005. I'm thrilled that this new classic is getting the attention it so deserves. A brand new film will be a welcome addition. The new and improved projection system I've been reading about will surely enhance the whole wonderful experience that is Soarin'. 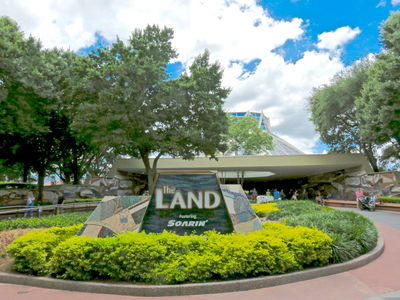 The refurbished sign in front of The Land pavilion features "Soarin'." Photo by Alan S. Dalinka.

The most important thing to me is the addition of the new building. It might take a little while given the excitement surrounding the new film opening, but I'm hoping the extra building will begin to cut the wait times down and improve the chances of scoring good Fastpass times at this massively popular attraction.

I'm a big proponent of Disney's Animal Kingdom. I have always strongly disagreed with its detractors that claim this to be a half-day park. The beauty and richness of the Animal Kingdom experience can't be measured in its number of attractions. This place, perhaps more so than any other in Walt Disney World, is meant to be experienced slowly. The details are extraordinary and the animals demand your attention. 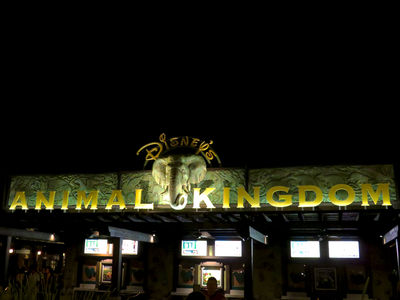 Disney's Animal Kingdom has quite a different vibe and appearance at night. Photo by Alan S. Dalinka.

I've always wanted to be in this park at night. I've read so many positive things about what it is like after dark. From what I understand, the Imagineers really outdid themselves when it comes to how they lit this amazing place for the nighttime hours. I can only imagine how beautiful it will be. It's a whole new way to experience one of my most favorite places and it's truly what I'm most excited about doing on our upcoming trip.

It's going to be quite a homecoming when I pass through those arches this coming summer. I can't wait for that moment when I know that I've officially arrived. Returning to Walt Disney World is like returning to a close old friend. You've missed each other and you pick up right where you left off. This time around these five new things and several more will be waiting for us to experience, and it's going to make that homecoming that much more special.