Starting Thursday, April 6, Disneyland Resort guests can get a Fastpass for Toy Story Midway Mania, as Disney begins to roll out an expansion plan announced earlier this year.

Fastpass tickets will also be introduced at the Matterhorn Bobsleds when the ride reopens in Disneyland on Friday, April 28. Disney says these two attractions are among the most-requested when Disneyland visitors are asked which rides they'd most like to see offer Fastpass. The Walt Disney World version of Toy Story Midway Mania has offered Fastpass since opening day. 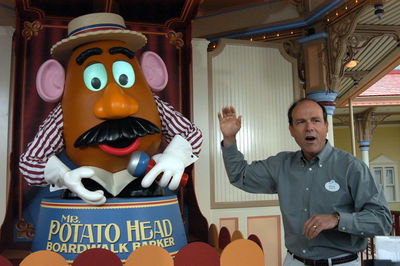 Starting Thursday, the Fastpass systems for Disneyland and Disney California Adventure will be consolidated into one network, with tickets issued on a first-come, first-serve basis. In general, users cannot obtain another Fastpass until two hours after they obtain the first Fastpass, or at the beginning of the return window of the first Fastpass, whichever comes first.

This means that while the introduction of the Fastpass system to these two rides is good news for most park visitors, there is a small handful of guests for whom this consolidation means they can no longer take advantage of a little-known loophole.

Before now, the Fastpass networks for Disneyland and DCA ran independently, allowing those in the know to collect Fastpass tickets for Disneyland and DCA rides at the same time. Not a lot of people actually did this, because it required the entire party to visit both parks to have their tickets scanned for admission and to activate Fastpass eligibility. But with Disney about to launch MaxPass—a digital Fastpass program that will allow users to collect Fastpass tickets using their smartphone without visiting the attraction in person to get a paper ticket—the potential for double-dipping was greatly increased. 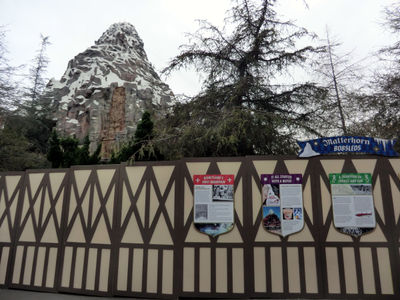 Disney has not provided any additional details about MaxPass beyond the initial announcement, and we're still waiting to learn how that program will work for day guests and for annual passholders.

The Fastpass distribution machines for both Toy Story Midway Mania and the Matterhorn are located across from the attractions. When the Matterhorn reopens later this month, visitors will notice another change. To accommodate the new Fastpass return entrance, both Fastpass and standby riders will enter the line for the ride at the Chalet in front of the mountain. Before now, the line for the ride began somewhere along the side or back of the mountain, depending on the length of the wait.

Smaller changes were made at Toy Story Midway Mania to add a Fastpass return entrance for that ride.