Writer's note: I'm back on the Walt Disney World Update this week while Alan Dalinka celebrates a milestone birthday in the lovely tropical setting of Aulani, a Disney Resort & Spa in Ko Olina, Hawaii. As such, this Update will be short and sweet, and lacking Alan's usual photography. Please join me in wishing him the happiest of birthdays when he returns to the writer's desk in May.

Watch the May Day sunrise via live stream

If you happen to be reading this article before 6 a.m. EST on Tuesday, May 1, head over to the Disney Parks Blog for the opportunity to watch the sun rise over the Magic Kingdom via live stream.

Starting in July, the focus shifts to Disney's Hollywood Studios and the new Toy Story Land. Extra Magic Hours will be offered at Disney's Hollywood Studios from 7:00 to 8:00 a.m. daily from July 1 to August 26, in addition to an evening Extra Magic Hours session each Thursday night from 10:30 p.m. to 12:30 a.m. The WDW website lists the following rides and attractions as open during Extra Magic Hours, and we expect the two new Toy Story Land rides—Slinky Dog Dash and Alien Swirling Saucers—to join the list once the land officially opens on June 30:

Extra Magic Hours is available to registered guests of most Walt Disney World resort hotels, which includes all of the Disney-owned hotels and Disney Vacation Club properties, plus Shades of Green and the Walt Disney World Swan and Dolphin hotels. Guests of the Four Seasons Resort Orlando and the eight Disney Springs area hotels are also eligible to attend Extra Magic Hours. Valid theme park admission and Resort ID is required.

Before leaving for Hawaii, Alan was invited behind the construction walls of the new Toy Story Land to get a peek at the progress of the area, which is set to open June 30 at Disney's Hollywood Studios. Cameras were not permitted during the tour, but Disney provided some official photos we can share. Alan posted these to our Facebook page after the tour, and I include them here for those who may have missed them.

Cinco de Mayo falls on a Saturday this year, and The Edison in Disney Springs will offer two menu additions to celebrate:

Reservations are available online, or by calling 407-939-3463. If you can't make it in this weekend, the Diablo burger will be available all month as the May Burger of the Month.

They say all bourbon is whiskey, but not all whiskey is bourbon, and if you already knew that then a new offering at Disney Springs might be of interest to you. Starting today, a new Bourbon Trail opens in Disney Springs, with bourbon-inspired beverages and food pairings offered at 18 locations throughout the center. The Disney Parks Blog has a full listing of the participating locations and menu offerings. The Bourbon Trail promotion runs through June 17, so grab your designated driver and enjoy responsibly.

The Epcot International Flower & Garden Festival's Garden Rocks Concert Series continues to take the stage at the America Gardens Theatre three times nightly on Fridays through Mondays through May 28. For the convenience of our readers, we list all of the performances in our Google Calendar of Epcot Events. You can also add it to any Calendar that supports the iCal format (like iPhone and Mac) by copying this link. 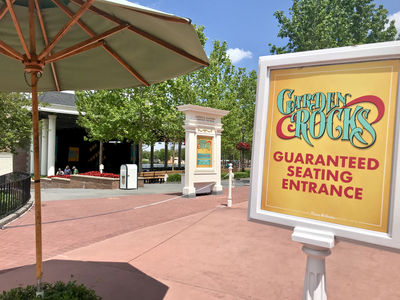 The calendar is provided "As is, where is" and without any guarantees, as a courtesy. Given the effort it took to create it, we do respectfully request that you do not post our entire calendar on another site without first asking our permission. We do not know why Walt Disney World Resort has not created this sort of functionality outside of the My Disney Experience app itself.

Remember, while supplies last during concert days, Passholders can request wristbands for guaranteed seating in the corridor behind Fountain View and Club Cool in Future World West. Unfortunately, the wristband distribution shares a queue with Passholder complimentary magnet distribution, so your wait for a wristband can be awhile (though you may ask a cast member near the queue whether wristband distribution is completed for the day before you get in line).

…Starting this Thursday, May 3, Disney Vacation Club members can look to claim any remaining spaces for the two Moonlight Magic events at Disney's Typhoon Lagoon , scheduled for May 30 and June 11, 2018. Registration for the events opened for DVC Members with existing resort reservations back on April 19, with remaining spaces opening up to the general membership this week.

…The MousePlanet Newsletter is here! The newsletter contains a recap of the week's articles (in case you miss a day), news that may have developed since the weekly Updates were published, and tips about what's happening at the Disney theme parks for the coming weekend. We'll also include a fun bonus, such as an Eye Spy or a trivia question. To subscribe to our free newsletter, just enter your email in the box below.

Check here to see if a park event might fall during your next trip to the Walt Disney World Resort. If you know of any in-park events, official or unofficial, that should be listed here, please send us an email.

Note: Not all attraction closures have been officially confirmed by Disney, and are all subject to change at any time. All refurbishment schedules are estimates only. We recommend checking for updates as you plan your visit. All information is subject to change without notice. To get the most recent updates, visit DisneyWorld.com or use the MyDisneyExperience App on your iOS or Android device. 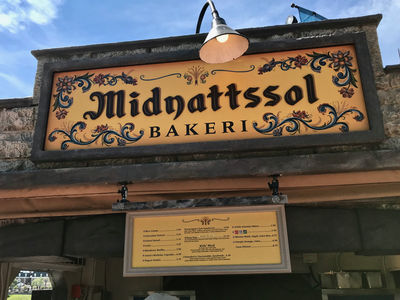 Walt Disney World Resort theme park tickets are rarely offered at deep discounts unless you are a resident of Florida or eligible for U.S. Military Personnel benefits. It is increasingly true that non-Florida residents tend to benefit the most by purchasing tickets in advance (and, of course, being mindful of the rules relevant to those tickets). As prices go up, it becomes even more important to pay heed: Don't get scammed! Never buy tickets from an unofficial or secondary outlet, such as through eBay or Craigslist. Never rent or purchase tickets from people approaching you outside Disney property stating they have remaining days or leftover tickets. This practice is against the terms of use for Walt Disney World Theme Park admissions, and may result in denial of entry. There is no way to determine if these tickets are valid until you try to use them to enter the parks. Only purchase Disney theme park tickets directly from Disney, an authorized seller, or a travel agency like MousePlanet travel partner Get Away Today.

Be sure to move the calendar to at least seven (7) days out, to see what ticket options and discounts are available for your planned visit.