A Ride in the Wheelhouse of the Mark Twain Riverboat 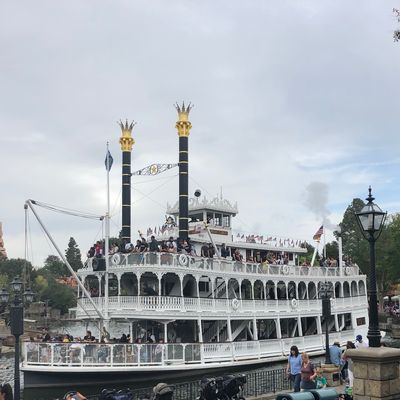 A trip around the Rivers of America is one of the most relaxing times on an original attraction at Disneyland. Photo by Todd Pickering.

Just when you think you have done it all at Disneyland, something magical happens. My father and I were excited to ride up and down Main Street U.S.A in the horseless carriages and fire truck after the street refurbishment. That morning we donned our straw hats, commonly known as boaters. These rides were a treat, so we decided to enjoy another leisurely activity and ride the Mark Twain Riverboat in Frontierland. I suppose we stood out in the crowd with our chapeaus and were easily spotted by Captain Dan. He escorted us aboard the riverboat while the last round of guests disembarked. This gave him time to show us the boat and point out the engine room, paddle wheel, and even take a picture with Princess Tiana who had also received an early entrance seeing as she was royalty. What a pleasure to come aboard with such a celebrity from New Orleans Square and get a private picture taken with her. 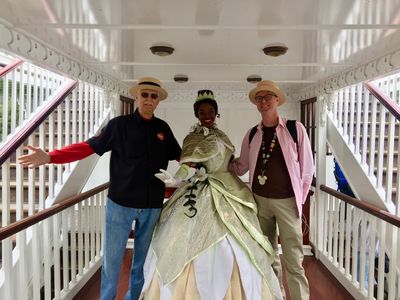 You may get to meet Princess Tiana on the Mark Twain if she pops over from New Orleans Square. Photo by Captain Dan.

The wheelhouse is located on the very top of the boat where the captain pilots the steamboat. It isn't very spacious so only a party of four would fit comfortably, possibly more if there are children in your party. The captain lets you sound the steam whistle and ring the bells. He even lets you use the giant wooden pilot wheel. Getting to do all of these activities really brings out the kid in you, and the views cannot be beat. Being that one simple story higher and seeing all of the other guests below on deck makes you feel quite special. It is the best bird's-eye view of Frontierland, New Orleans Square, Pirate's Lair on Tom Sawyer's Island, and Critter Country. As the boat pulls away from the docks, you get a fantastic view of New Orleans Square and all of the activity on the Rivers of America. 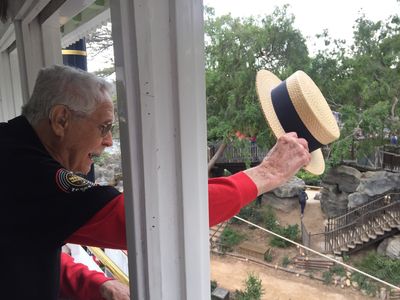 Doffing your hat to the fine folks on the banks of Pirate's Lair on Tom Sawyer's Island is the polite thing to do. Photo by Todd Pickering.

There are three rivers that you somehow magically navigate in the Disney journey: the Missouri, the Columbia, and the Rio Grande del Norte. Of course you can hear the same narrated recording the rest of the guests hear, but your time is best spent enjoying the view, taking pictures, and talking to the captain. 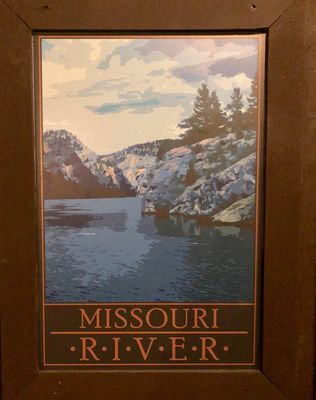 The Missouri River is one of the three rivers you head down on the Mark Twain. Photo by Todd Pickering. 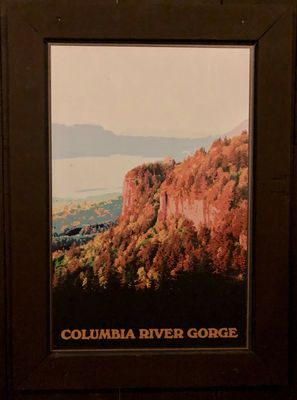 The Columbia River is another waterway enjoyed on the Mark Twain Riverboat. Photo by Todd Pickering. 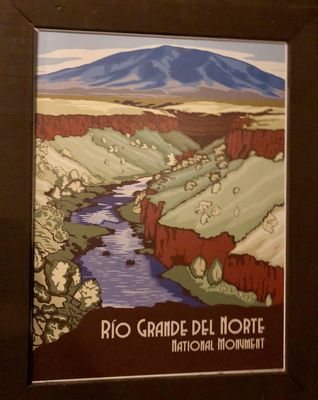 The Rio Grande del Norte is yet another American iconic river to navigate on your journey. Photo by Todd Pickering.

As you turn around the river bend, the Haunted Mansion appears on your port bow, followed by Splash Mountain. My dad has taught me the love of mechanics and it was very interesting to see the construction going on at this very popular attraction. The screams and laughter that one usually hears coming from that ol' tree stump and briar patch were replaced by the sounds of welding and hammering and sights of construction. This view was a highlight for someone who loves the engineering as much as the magic—after all they do go hand in hand at Disney Parks 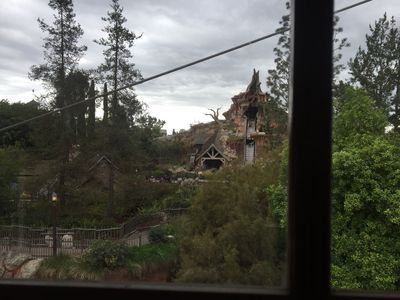 The Splash Mountain refurbishment does not delay the riverboat's progress through Critter Country. Photo by Todd Pickering.

The beautiful new landscape created for the upcoming Star Wars: Galaxy's Edge peaks out over the trees and train tracks along the river. It is pretty amazing to see these rock formations that will probably look more like a wild west landscape from this vantage point—you won't see droids, Stormtroopers, or spaceships. Watching the magic being built from this vantage point was a Star Wars fan's dream. Keep in mind this view is also quite good from the top decks of the Mark Twain if one is not selected for the wheelhouse. 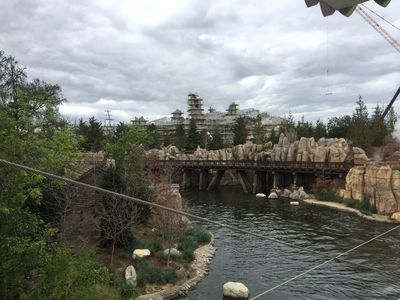 The wheelhouse provides a perfect view of the construction going on at Star Wars: Galaxy's Edge. Photo by Todd Pickering.

After passing the train tracks, the Indian Village appears off the port bow. When the Rivers of America were closed to reroute the train for Star Wars: Galaxy's Edge the landscape in the area was all redone, and it is amazing. The sight lines are much better and the wheelhouse is a great way to see all of this. The Imagineers truly did a fantastic job. 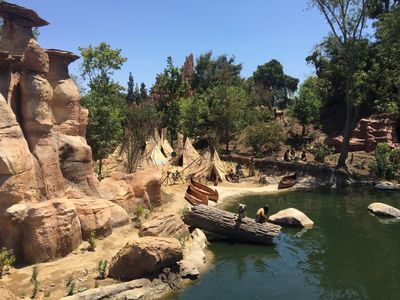 The views of the Indian Village are spectacular from your vantage point in the wheelhouse. Photo by Todd Pickering.

I am told that they do take requests if you get there early, but keep in mind that if they are training not every trip has guests in the wheelhouse. I have to say that wearing our matching hats certainly made us stand out and going on a not so busy day always helps. At the end of your trip you get a certificate. My dad claimed that this was one of the best days at Disneyland, and I could not agree with him more. See you on the Rivers of America. 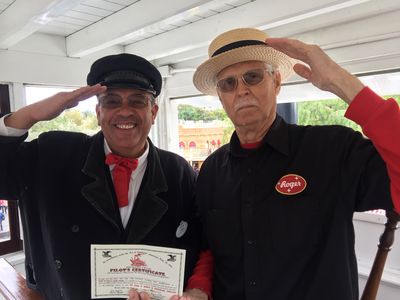 Roger gets a certified sailing certificate from Captain Dan at the end of our river voyage. Photo by Todd Pickering.