The Frightfully Fun Parade - Don't Miss It in 2019

When visiting the Disneyland Resort during the Halloween season there are a lot of special offerings only to be experienced during Halloween including characters, food, attractions, and entertainment. As such, one of my favorite offerings during Halloween is the Frightfully Fun Parade, available only during Mickey's Halloween Party. The Party sold out early this year, but if you plan ahead, you can make sure your family gets to be a part of all the spooky fun at Halloween 2019.

The Frightfully Fun Parade is absolutely different than anything you've ever seen before at Disneyland, it really is one of their more incredible parades and definitely not one to be missed. 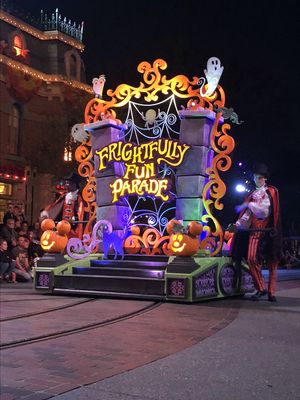 The parade kicks off with Ichabod Crane being chased by the Headless Horseman while the speakers over Main Street quickly summarize the story of the "Legend of Sleepy Hollow." This part of the parade is one of the more recent additions, but has also been one of the most popular. This section is technically the "pre-parade,", but it really kicks things off on the right, spooky, note. It really is quite something to see a beautiful black horse with a headless rider making its way down Main Street and is probably my ultimate favorite part of this parade. 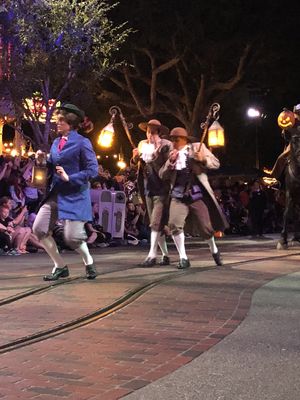 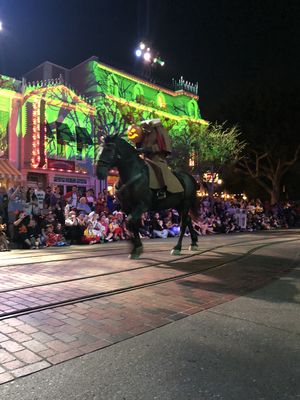 Next up, the parade officially kicks off as Mickey and Minnie make their way down Main Street in their orange and black Halloween wear, followed by a group of a dancers and the official kickoff float for the parade. One of the best parts about specialty parades like the Frightfully Fun Parade is that you sometimes get to see Mickey and Minnie in special outfits that you wouldn't normally get to see otherwise, so it always makes for special pictures! 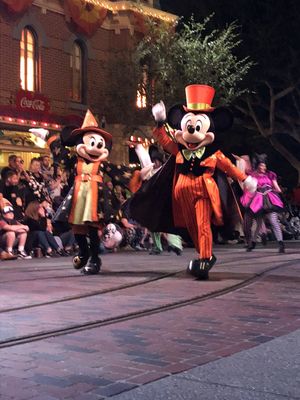 Mickey and Minnie in the Frightfully Fun Parade. Photo by Megan Walker.

After Mickey and Minnie comes something really special: The Nightmare Before Christmas floats. First up is the town's Mayor, riding in his car, greeting guests as he drives by. Watch his head as it turns from happy to sad, just like in the movie. I think that the Mayor's car float looks absolutely incredible, it resembles the one from the film—it's amazing! 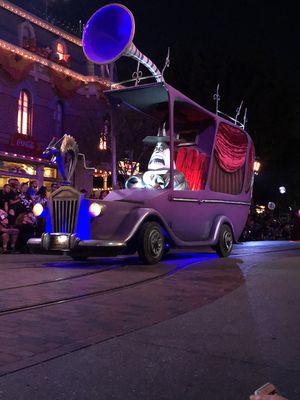 Once the Mayor passes by, he's followed closely by the Pumpkin King himself, Jack Skellington, accompanied by his love, Sally, on top of the iconic hill from the film. I don't know why, but I think that Jack Skellington is one of the greatest characters to see at Disneyland. He's always incredibly charismatic and feels very authentic, as if he was pulled straight from the film. Sally is always amazing to see, as well, and watching the two of them together is really cool to see! 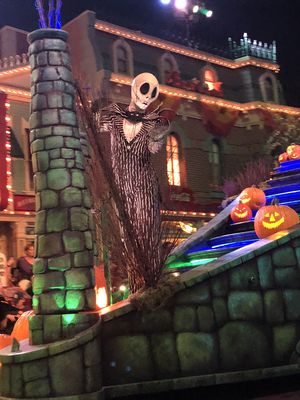 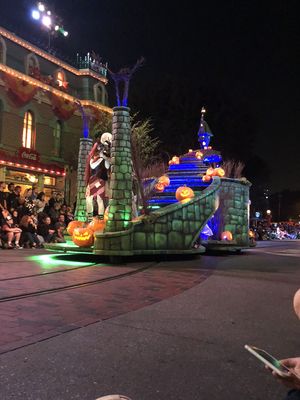 Jack Skellington and Sally in the Frightfully Fun Parade. Photo by Megan Walker.

Following next is the most iconic, spooky part of Disneyland^hellip;the Haunted Mansion, which includes three different "parts" to it, each one better than the last. First up are a group of "undead" ballroom dancers, and they look incredible. They dance with the behavior and movements of the "undead" and their costumes are absolutely beautiful! The music playing in this sequence is also a fun take on the classic Haunted Mansion music and is really quite beautiful. 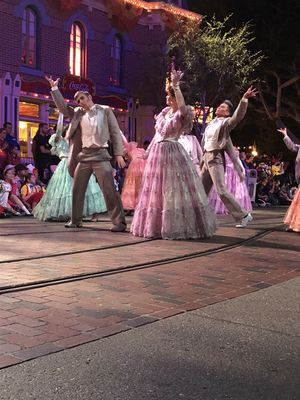 After the ballroom dancers comes everyone's favorite ghosts: the three hitchhiking ghosts. They always tend to be a fan-favorite because of their authentic look and the fun minimal dancing that they do on the float as it goes by. I love the spooky glowing aspect of the three ghosts and the tomb behind them, it's very well done and makes for a great-looking float. 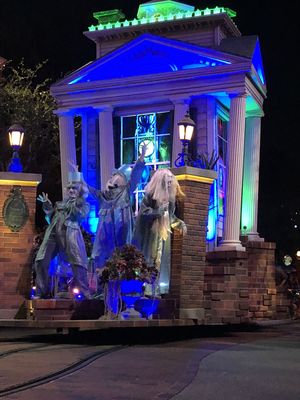 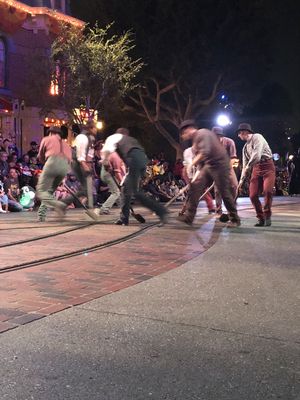 Finally, rounding out the parade are two sequences of Villains floats. The first float is dedicated solely to Dr. Facilier from "The Princess and the Frog" and is full of Facilier's voodoo dolls and magic. It is all painted with a neon-themed tone and makes it really pop. It's actually a really well-built and designed float and Dr. Facilier always makes for a fantastic villain since he is always incredibly charming which makes him extra spooky! 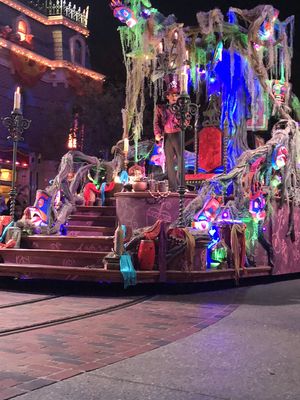 The last float of the parade features the stars of Halloween, the rest of the villains. There are a lot of villains packed onto this float, Hades, the Evil Queen, and even Maleficent…in dragon form. It's a pretty cool float, but, to be perfectly honest, I always find it a tiny bit anticlimactic. With greats floats preceding it, like Nightmare Before Christmas and the Haunted Mansion floats, the Villains just kind of hanging around feels like a poor ending, but if you're a big villain fan you'll love it. 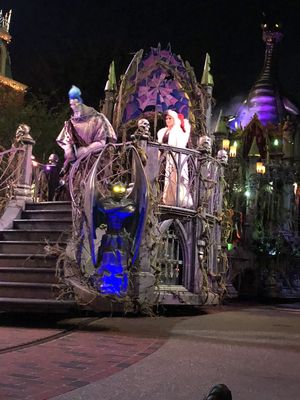 The Frightfully Fun Parade is a lot of fun, the floats are all unique and really beautifully designed, the performers are always fantastic, and they're a sequence of floats you'll never see in another parade. It's kind of disappointing that you can only see this parade if you attend Mickey's Halloween Party, because it really is a fantastic Halloween parade. However, if you find yourself attending the Halloween Party next year, this is a a part of it you do not want to miss.