Looking Forward to 2020 at the Disneyland Resort

As 2019 draws to a close, we look forward to 2020 and what a new year will mean for the Disneyland Resort. As the clock hits January 1, 2020, a whole year of possibilities are in front of us and I'm looking forward to a year full of excitement at the Resort. There will undoubtedly be many changes we know of, and many that will be unpredictable. Below are the top five things I'm personally looking forward to at the Disneyland Resort in 2020.

Tomorrowland has long been rumored to be due for a refurbishment, and while it might not be getting the massive remodeling that's been rumored, it is definitely getting a new look. Starting with the removal of the giant rock structures at the entrance of Tomorrowland and continuing with further exterior refurbishment to buildings, it's unclear how much more will change. Tomorrowland has been the "land" in most need of a remodeling for a long time now. Since the theme of the land is to be "futuristic," and it hasn't had an overhaul in many, many years, it's bit outdated. Even though I don't expect any massive changes (to attractions or restaurants, for example) this year, it will be nice to see any kind of attention they decide to pay to the area. I look forward to seeing the fresh exterior look once it's complete and whatever else they have up their sleeve. 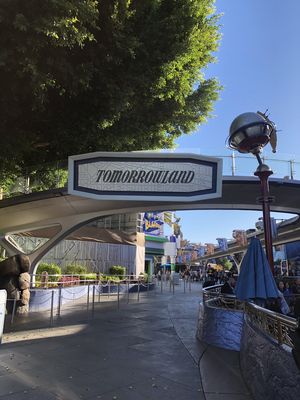 I've been a huge fan of the recent Fantasyland refurbishments. Of course, I grew up with the classic versions of the Fantasyland rides like everyone else, I think the recent refurbishments to rides like Alice in Wonderland and Peter Pan's Flight added a really nice touch to classic attractions and brought them into the modern age. Snow White's Scary Adventures is one of my favorite attractions, and although it's still amazing, it does feel a little outdated. As one of the most important Disney animated films, I can't wait to see how they freshen up the attraction. Reports of the refurbishment have mentioned a few highlights, but I can't wait to see them in person once the update is complete. 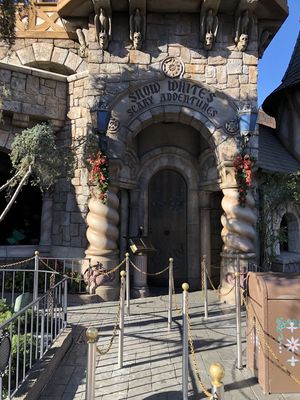 The best part of the changing seasons at the Resort throughout the year is all of the tasty seasonal snacks that come along with it. Over the last few years, the Disneyland Resort culinary team has really upped their game, debuting seasonal treats all throughout the year, not just for major holidays. Last year, in particular, showcased a wide variety of flavored churros that kept one of Disneyland's top snacks extra interesting. Even though some favorites make a comeback each year, the team always adds new and exciting food items to the menus throughout the year. You can never expect what snacks will be coming next and I look forward to trying all of the new ones in the coming year! 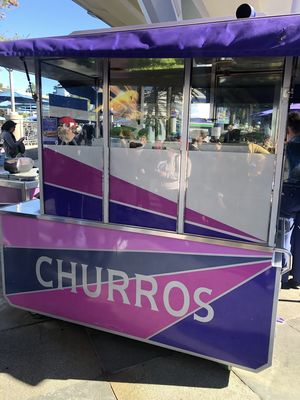 As the year goes on and Galaxy's Edge gets more settled, I imagine there will be some changes (beyond the addition of Rise of the Resistance). Probably nothing major, but I do expect the parks to add (and maybe take away) some things here and there throughout the year. As a massive Star Wars fan, I admit that I am a little biased about Galaxy's Edge. I have enjoyed it from the beginning, but I admit that there is always room for improvement. Disney has the unique opportunity to continue building on an already impressive land, adding and subtracting things as trends in the Star Wars galaxy change and improving upon things.

Rise of the Resistance

Finally, the No. 1 thing I am most excited for in 2020 is the opening of the new attraction in Galaxy's Edge, Rise of the Resistance. There was so much hype leading up to the attraction's opening at Hollywood Studios at the Walt Disney World Resort in Florida. Of course, there have been quite a few hiccups to the attractions opening in Orlando, but that only means they'll, hopefully, have witnessed all of the potential problems and have an opportunity to fix them at the Disneyland attraction before it opens. I look forward to this massively exciting and highly technological attraction in just a couple of weeks! 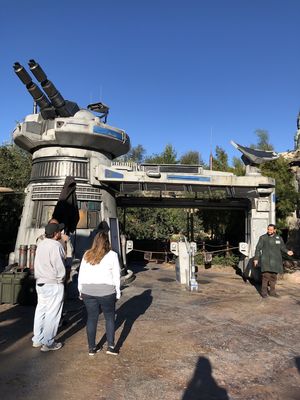 Future Site of Rise of the Resistance at Disneyland. Photo by Megan Walker.

Of course, there are bound to be a lot more exciting things happening in and around the Disneyland Resort in 2020, but these are just a handful of what I'm personally looking forward to in the new year. I look forward to many new things around the Resort to share with you, and articles to write. Happy New Year, everyone!