Happy New Year everyone and welcome to another Disney Top 5. It's a new year, a new decade and my 12th year writing here on MousePlanet. I hope you all had a great holiday season and thanks so much for reading and being part of the MousePlanet community. This time of year, people tend to look back on the year that just left us especially in the media. How many lists have you seen over the last week or two counting down the best of the year, or for that matter the best of the past decade? 2019 was a good year but let's be like Walt Disney who had a "keep looking forward" motto and count down things that we're looking forward to in the new year to come.

2020 and 2021 are going to be tremendous years for Walt Disney World as they begin to celebrate the resort's 50th anniversary. There's a ton of new stuff coming to the parks and resorts in time for 2021's diamond celebration but what about 2020? Personally, I have yet to experience Rise of the Resistance yet, so if they added nothing else to Walt Disney World this year and I just got to see this new incredible attraction at Hollywood Studios when I go back in 2020, my year would be complete. But, as per Walt's classic instructions, the parks are always changing and always evolving so we have a few big things to look forward to this year. Let's take a look with my Top 5 things to look forward to at Walt Disney World in 2020.

I'm putting this last on my list because there's an uncorroborated rumor out there in the Disney online world that this new Tomorrowland mega attraction may open in 2020 ahead of it's announced opening in 2021 for the big 50th celebration. If it was a sure thing, trust me, this would be at the top of my list. I'm a big fan of TRON and this coaster looks amazing. It's absolutely going to provide a huge shot of energy to Tomorrowland.

If you've paid close attention to this corner of the Magic Kingdom recently, you may have noticed some new additions hinting at what's to come. There's the new sign on the bridge from the central hub, the essential shuttering of Stitch and the recent patio addition to Cosmic Ray's Starlight Cafe. It seems like Tomorrowland is getting a little bit of much needed attention in anticipation of TRON's opening and if they surprise us with a 2020 opening, I'll be thrilled.

When Toy Story Land opened in Hollywood Studios, one of my initial thoughts was, "It needs more." Slinky is an awesome coaster and I was already a Toy Story Mania fan from years ago. The land looks amazing at night and there's plenty of fun details to be found, but considering it's Toy Story, I was surprised by the lack of a nicely themed gift shop. I can't believe I'm asking for another Disney gift shop but I think the potential is there to make a very cool space. I get that it's Andy's backyard so the question beckons, "What would a gift shop be doing there?" But that's where the cleverness of the Imagineers comes into play. 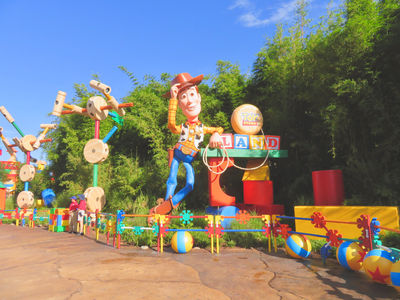 The other thing that surprised me was that despite the very cool looking Woody's Lunch Box counter service location, the new land desperately needed some more dining options. I'm not sure if expansion was always in the cards but in 2020 we will be getting an indoor, air conditioned, table service restaurant in Toy Story Land. The concept art stresses the wild west theme and much like the rest of the land is going to appear as if it was built by young Andy himself. This is an idea whose time has come for sure. The old Pizza Planet restaurant over by Muppet Vision 3D was never quite what I wanted it to be. The Toy Story family of characters are ingrained into pop culture just as much as any Disney character and Roundup Rodeo has the potential to be a well themed, fun restaurant filled to the brim with references to the films and to the classic toys that influenced them.

Last month I counted down my Top 5 things I was looking forward to in the new Epcot and this new space themed restaurant was high on my list. As Future World in Epcot slowly becomes a thing of the past we'll begin to see three new areas come into focus. World Discovery will encompass Test Track, the new Guardians attraction, the new Play attraction, Mission Space and it's new neighbor, Space 220.

The concept art indicates that we'll soon be dining in a space station gazing out at the stars and Earth below us. There's even supposed to be an elevator ride to the restaurant which will purportedly bring us 220 miles above the Earth to our dining location. With the availability of visually stunning screen technology these days, I can't wait to see what this place looks like. Space 220 is slated to open in the winter of 2020.

In the aforementioned article last month, I also listed this new attraction coming to the France pavilion in Epcot's World Showcase. Remy will be imported from, where else, Disneyland Paris and should be open for business in the summer of 2020. I've already had the debate many times about Disney intellectual properties coming to Epcot and, if you missed it, I'll restate my position here; If it's good quality Imagineering, then I'm all for it. 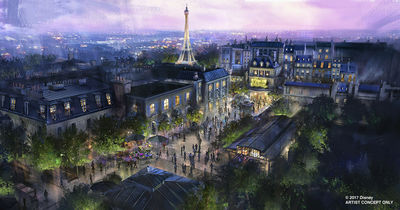 The fact that one of my favorite places to be in World Showcase, the France pavilion, will be expanding is great news. I'm more than happy to be welcoming some more classic French architecture, a new French Creperie quick service location as well as the star attraction which also happens to be the first new ride in World Showcase since 1988. I've always loved the film and, in my eyes, it'll be a welcome addition to World Showcase in 2020. 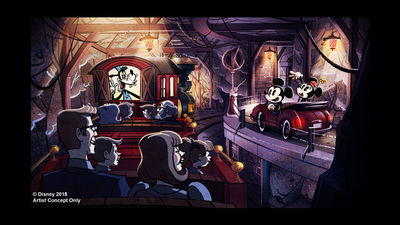 I kind of like the new wacky Disney Channel Mickey animated shorts that the ride is based on. I don't love the animation style compared to a more classic looking Mickey and friends from yesteryear, but the shorts make me laugh. After some recent press and cast member sneak peeks into the building, there's some encouraging positive buzz going around about the first ride solely dedicated to Mickey Mouse and his pals. It's hard to believe that statement is true but it is. This will actually be Mickey's first ride and word on the street is that there are more hidden Mickeys in this attraction than anywhere else in the world. The Imagineers claim that there's so many Hidden Mickeys in the ride that, once it's all finished, they won't even be sure how many there will be. That sounds like fun to me and, overall, I'm enthusiastically waiting for this ride to open in the spring of 2020.

Considering 2021 is going to be such a banner year for Walt Disney World, there's definitely a lot to look forward to as 2020 begins. Epcot's Future World is currently undergoing the biggest transformation in that park's history and is pretty much changing everyday at this point. The construction of TRON Lightcycle Power Run will certainly have an effect on the atmosphere in Tomorrowland at the Magic Kingdom. Meanwhile Hollywood Studios has become one of my favorite places to be since the opening of Galaxy's Edge. Walt Disney World is changing right before our eyes, just the way it's supposed to. All we have to do is keep dreaming and keep believing in the magic and the Imagineers will keep delivering. 2020 will be no exception and I can't wait to see the results.

That's all for this Top 5. As always I'd like to hear your thoughts. Click on the link below, let me hear what you're looking forward to in 2020 and I'll see you next time with another Disney Top 5.