Make a Pit Stop at the Cozy Cone Motel

When Cars Land opened in 2012, the thing that amazed me the most was how immersive the land felt in every single way, and how every little thing in and around the land was highly detailed. Almost eight years later, those aspects of the land are still what impress me the most about it. Whether you're shopping at the Curios or joining a race on Radiator Springs Racers, you're surrounded by numerous details that are highly reminiscent of the movie. While there are many, there is one that stands out to me that I love the most and that's the Cozy Cone Motel. 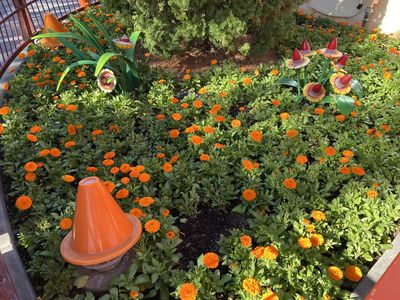 Nestled in the middle of Radiator Springs, the Cozy Cone Motel is one of my favorite places to stop for a quick meal or a snack, and the immersive nature of the spot makes it a lot of fun to stop in and visit. The Cozy Cone Motel is made up of five different cones, each offering a different menu of items. It also makes it a fantastic one-stop shop for snacks as you can make your way down the cones picking up different snacks along the way.

Each cone offers a different kind of snack, you'll be able to see which cone has which snack by the sign on the top of the cone. 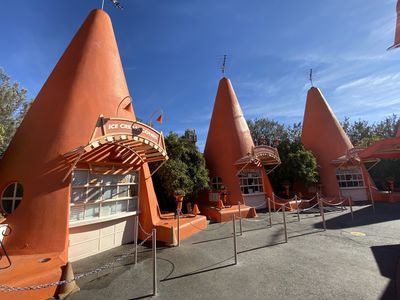 Snacks aren't the only great thing about the Cozy Cone Motel though, before you leave the area you have to make sure you stop by and look around the main office of the motel. You can't go in, but make sure you peek around the windows, there are a ton of Easter eggs located within the office, not to mention how highly detailed the Imagineers made it. Also, make sure you swing around to the front of the motel to get your picture taken with one of your favorite pals from Cars, as they rotate through for meet-and-greets with guests! 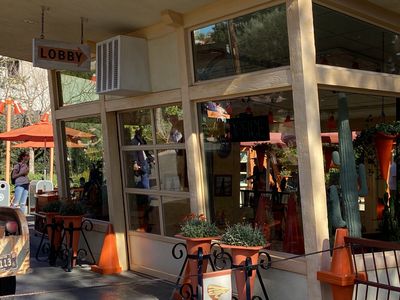 Whether you're looking for a pit stop for a tasty snack, or if you're just wandering around the parks admiring the amazing details and Imagineering that went into them, make sure you spend some time in and around the Cozy Cone Motel next time you visit the resort. It really is a beautifully detailed area that doubles as a great place to stop to eat .