Starting today, the Chinese Theater at Disney Hollywood Studios will be the home to a new attraction called Mickey and Minnie's Runaway Railway. While the interior of the building has been extensively redone since The Great Movie Ride closed, the exterior of the structure will apparently remain pretty much the same as it has been since it first opened in 1989.

I thought it might be a good time to take a look back at why it is there and document the celebrity handprints in the forecourt.

The iconic Hollywood, California, theater opened in May 1927 with the premiere of King of Kings after 18 months of construction at a cost of more than $2 million. The theater was the dream of entrepreneur Sid Grauman, considered by the Motion Picture Academy as "a master showman who raised the standard of exhibition of motion pictures" and responsible for other ornate and exotic movie palaces including The Egyptian Theater just down the street.

The theater was meant to resemble a huge red Chinese pagoda and to enthrall a local population who had neither the means nor time to travel to the Far East. Special authorization from the U.S. government was necessary to import temple bells, pagodas, stone Heaven Dogs and other authentic artifacts from China that still decorate the theater. Actor Keye Luke, who was Chinese and also a trained artist, worked on some of the interior Chinese murals.

When the newest Disney East Coast park officially opened on May 1, 1989, Michael Eisner described what was then-called Disney MGM Studios as "The Hollywood That Never Was But Always Will Be." The park was to be a representation of the Hollywood seen in the movies, on postcards, and in fan magazines; not an actual geographical location, but a state of mind.

The Chinese Theater (Disney was not allowed to use the word "Grauman's," which provided to be troublesome when it came to merchandising and making it the icon of the new park) was a full-scale reproduction of the original movie theater. The Disney version was built to resemble how the theater looked in the late 1930s and early 1940s. The building is 96-feet tall.

The Disney Imagineers used the original blueprints of the 1927 Meyer and Holler building for reference, and the facade was built to full scale, rather than the forced perspective of the other buildings on the pseudo-Hollywood Boulevard that led to it. The pagoda roof alone stands 45-feet tall and weighs 22 tons and was built separately of copper and then hoisted into place by a crane.

Walt was friendly with Grauman and had him and his theater caricatured in the Mickey Mouse animated short, Mickey's Gala Premiere (1933) where Mickey is hosting his newest cartoon, Galloping Romance, for a theater full of caricatured celebrities who were well known at that time.

The first Silly Symphony, Flowers and Trees (1932) had its premiere at Grauman's Chinese Theater at Grauman's insistence. Walt Disney and his wife attended the Mary Poppins premiere there on August 27, 1964. The Jungle Book premiered there October 18, 1967, less than a year after Walt's death. 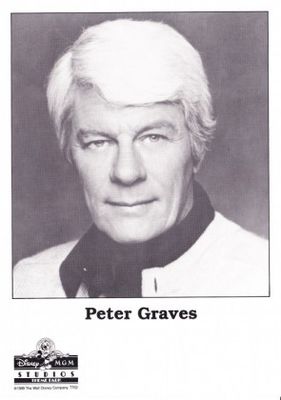 Actress Lee Meriweather was a "Star Today" and had her handprints and footprints taken but never displayed in the forecourt.

The famous forecourt, which is perhaps the most notable and memorable asset of the theater, was not originally intended to be part of the experience. Apparently, during construction, Grauman himself accidentally stepped in the soft concrete and got an idea. He had his friend, actress Norma Talmadge, duplicate the accident but, this time, in front of the press and a tradition was born. The forecourt contains close to 200 signatures, handprints, footprints and other oddball imprints of movie celebrities like Groucho Marx's cigar, Herbie the Love Bug's tire treads (July 11, 1977), the guns of Roy Rogers, the wands of the three young stars of the Harry Potter series, the dreadlock of Whoopi Goldberg and many more. A costumed Donald Duck, along with help from his long time "voice" Clarence "Ducky" Nash, imprinted a square in the forecourt on May 21, 1984, as part of Donald's 50th birthday celebration. It was the 150th ceremony. Neither Mickey Mouse nor Walt Disney were ever afforded that same honor.

At WDW, it was meant to be the "castle" at the end of the street to act as a "weenie" to draw guests down the street to then disperse to different areas of the park. It was often assumed to be the main icon of the park, rather than the mouse-eared Earffel water tower hidden backstage that was originally meant for that purpose.

Things change constantly at a Disney theme park, much to my personal dismay. In 2014, I went with some friends to the DHS to show them actress Loni Anderson's footprints in the forecourt of the Chinese Theater. I was looking forward to sharing the story that her footprints were so slight that they barely made an impression. The greeters at the attraction had to watch carefully, because especially during a rain, guests had a tendency to tumble slightly since the faint and uneven impression was not obvious as guests walked across it. Loni's block was gone and that was probably a good safety measure. However, I got to wondering if other blocks were missing and I realized that I did not have a complete listing of the names.

One afternoon I stood in the heat and humidity while my friends went on rides and spent nearly two hours writing down all the names and other pertinent information.

Since the original plan was that the park was to be a working studio, entertainment celebrities were invited to the Grand Opening to place their hand and footprints into the concrete in the forecourt. That happened from 1988 to sometime in 1995. That tradition continued actively for the first few years the park was open. The park instituted the "Star Today" program where a celebrity (two different celebrities each week) would appear at the park for several days, and participate a public interview about their career at the Theater of the Stars followed by a motorcade in an open convertible and, of course, a handprint ceremony in the front of the Chinese Theater.

Of course, this was all meant to guarantee that guests might have the opportunity to see a movie or television celebrity, just like in Hollywood, and sometimes get an autographed fan card featuring a black and white headshot photo of the "star". Those special Disney MGM Studios cards were also posted in the lobby of the Mama Melrose restaurant but today the bottom with the Disney MGM logo has been cut off.

The very first "Star Today" on May 1, 1989, was original Mouseketeer Annette Funicello and her concrete block is still in the forecourt today. Known primarily by just her first name, she did not sign her last name, Funicello.

The celebrities might pop up at SuperStar Television or on a soundstage at the Backlot Tour or even some of the merchandise shops or restaurants. On June 21, 1989, "Star of the Day" (as it was also sometimes called) comedian Harvey Korman greeted Walt Disney World's 300 millionth guest at the gates of Disney-MGM.

After 1995, the handprint ceremony still took place for publicity purposes, but the block was now a standardized white, plaster rectangle in a tray on a rolling pedestal and never installed in the forecourt.

I personally witnessed actress Susan Lucci do a handprint ceremony several different years as part of the ABC Super Soap Weekend event. Someone else has pointed out that they saw the members of the singing group 'N SYNC do their handprints around 1998. Those blocks appear nowhere in the park.

Shirley Jones did indeed visit the Studios on April 2, 2000, appearing in a motorcade down Hollywood Boulevard and placing her handprints in one of the "portable" squares with Mickey at her side. Those handprints were never placed in the courtyard. Nor were the handprints of actor David Prowse, who did the ceremony on stage with a costumed Darth Vader standing beside him. In June 1996, Kate Mulgrew of the television series Star Trek: Voyager participated in a handprint ceremony but, again, they were never installed.

That is not even close to a complete list.

Once again, it came down to cost, because it was expensive to rip up the existing concrete and install the new block and secure it. It was also disruptive of the guest experience. The assumption was that guests were only casually interested in the blocks and some even thought they weren't authentic. Over the years, some blocks have been damaged and removed but not replaced.

In the following listing, some stars put the date "1988," which is well before the park officially opened. Those stars were on Walt Disney World property celebrating Mickey Mouse's year-long 60th birthday in 1988, as indicated by some of their inscriptions. Someone had enough foresight to get them to do a handprint that could be installed for the upcoming opening. A few of the blocks that were in storage were later installed in the forecourt of the new Theater of the Stars on Sunset Boulevard meant to resemble the Hollywood Bowl when it opened July 1994. These were primarily television personalities rather than movie stars.

Unfortunately, some of the ones in the courtyard have endured more than 30 years of Florida weather and guests walking on them and they are fading or cracking. Whether they continue to survive further changes at the park is anyone's guess especially since modern generations are unfamiliar with most of these names.

Next time, take a few moments to enjoy them before they quietly disappear.

I have listed the stars in alphabetical order.

Being a fan of old movies, I am excited that stars of the Golden Age of Films, like Douglas Fairbanks Jr. (his mother and father Douglas Fairbanks and Mary Pickford were the first official handprints at the original California theater), June Allyson and Donald O'Connor are represented. However, other than fans of TCM, I suspect many people have no idea who those performers were or can name a film they appeared in during their careers.

Interestingly, for those who love all things Star Wars, there are imprints from George Lucas, Harrison Ford, Mark Hamill and even the original C-3PO and R2-D2.

Below are some of the more familiar names you might find or they may have already disappeared. Take photos of your favorites before they disappear.