How I'm Still Enjoying the Magic of Disney at Home

The world is in a tough place right now, without a doubt, and while we all sit at home (safe and sound) there are a lot of things that we're all missing, and the Disney parks are probably one of them—at least they are for me. In tough times we usually look towards Disney to make us feel better and, in these unprecedented times, we don't have the option of going to the parks for a day to make our worries go away, instead we need to try to entertain ourselves at home; but there's still opportunity to mix in some Disney magic…even at home! 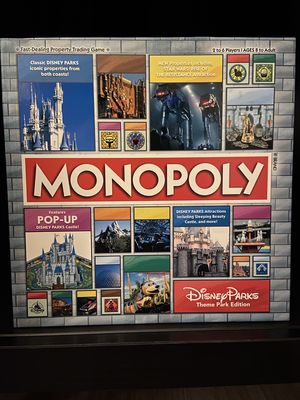 One way to keep the magic of Disney alive while being stuck at home is to take part in some Disney-themed games. One of the things I have been doing at home to pass the time is playing Disney Parks Monopoly. If you're at home with friends or family, you can also partake in something like Disney trivia! If you're a Lego fan, why not order and build some Disney LEGOs, or even just take part in a good old-fashioned puzzle. 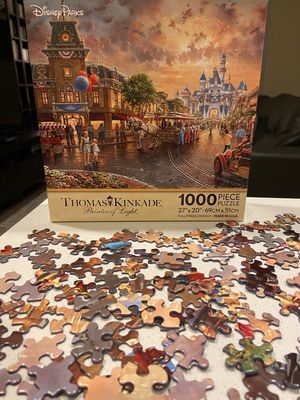 We all know one of the best parts of going to a Disney park is the food. Snacking is a fundamental aspect of going to the parks and while you can't have the real thing right now, you can get pretty close at home. Recently, Disney itself has been releasing some copycat recipes for some of their top park snacks and a quick search on the internet will find you many other copycat recipes for your favorite foods. We all have plenty of time right now and it is providing the perfect opportunity to dust off your cooking tools and get in the kitchen to have some fun. Make a whole experience out of it either by yourself or with your family and pair your snacks with some games or movies.

If you just want to sit back, relax, and not have to put your mind to work, there's absolutely no shortage of Disney films and television shows to enjoy. Whether you're watching your own personal collection of media or looking elsewhere, the Disney library is so full of material, you couldn't watch everything if you tried! Luckily, Disney+ is also streaming now and carries numerous titles you've probably never seen before or haven't seen in many years. If like me you grew up watching Disney Channel Original Movies, revisit some of your favorites like "Phantom at the Megaplex" or "Cadet Kelly," it'll not only keep you entertained, but will also stir up some great memories of the past. You can also do a fun binge-watch; make your way through an entire television series you've never seen before or go back to the beginning and work your way chronologically through the Marvel Cinematic Universe. There are also tons of attraction videos on YouTube. 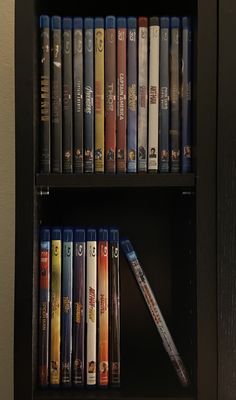 This hasn't been the easiest year so far for anyone, but there are small things we can all do to make the time a little bit better. If you're anything like me, you're desperately missing the Disney magic that makes us all feel better. So try to mix in some Disney magic where you can into your daily life. We'll all be back at the Disney Parks soon, and I can't wait to see you all there!