We welcomed Jeffrey R. Epstein of The Walt Disney Company to the show. You may know Jeffrey from D23: the official Disney Fan Club, but this self-described Disney Geek has been working behind the scenes to help bring a wide variety of magical moments to Disney fans right in their homes. Alan, Adrienne and Jeffrey chat about everything from theme parks to Broadway and beyond. Stick around for more chat in the show, including MousePlanet contributor Todd Pickering and two alums of the Pleasure Island Comedy Warehouse at Walt Disney World! 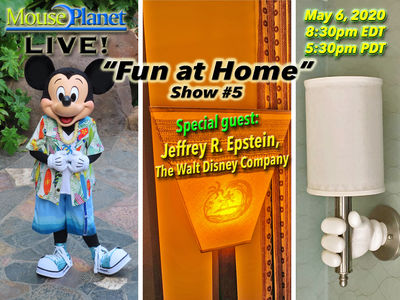 Replays are available in those places after the show too!