The Disneyland Resort today announced its proposal for a phased reopening of its theme parks, resort hotels, and the Downtown Disney shopping district. The announcement targets three key reopening dates:

Disney did not provide a proposed reopening date for the Disneyland Hotel. A Disney representative said the company has no additional details to share at this time. 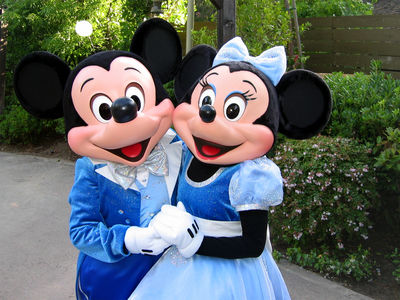 Many Disney watchers expected that Disneyland Resort executives were aiming for a July 17 date, which marks Disneyland's 65th anniversary. The park has been closed since March 14 due to the coronavirus pandemic.

Similar to plans already announced for the reopening of the Walt Disney World Resort, visitors to Disneyland will have a very different experience than their pre-pandemic trips. Disneyland's statement says that all visitors—including annual passholders—must make a reservation before visiting the theme parks. The company has temporarily halted sales of tickets and annual passports, and said it will announce details of a new reservation system soon.

While the Disneyland Resort has stopped selling tickets directly, some authorized resellers, including MousePlanet partner Get Away Today, are still able to sell tickets through the end of the day on Friday, June 12.

Just as we've seen with the opening of Shanghai Disneyland, and as announced for the opening of the Walt Disney World theme parks next month, parades and nighttime spectaculars will not be offered during the initial opening phases, and character interactions will take place from a distance.

Disney says plans to support physical distancing and increase cleaning will be in place when the Disneyland hotels open later in July. Earlier today, Kelly Katie, Vice President of Worldwide Safety Services for the Walt Disney Company, presented an update about what those changes will look like.

Disney's proposal still requires approval from state and local officials, though the City of Anaheim and Anaheim mayor Harry Sidhu expressed their support of the plan in a pair of tweets posted just after Disney's announcement.

We welcome this important first step toward bringing Anaheim’s economy back strong. https://t.co/OZthTyK0k5

California officials last week gave the green light for individual counties to move into stage 3 of the state's "resiliency road map" as early as June 12.  This phase allows for a number of new business types to reopen, including bars and bowling alleys. The state previously said theme parks could open during stage 3, though it has not yet issued industry-specific guidance for them.

Universal Studios Hollywood reopened the CityWalk shopping district on Wednesday, and Knott's Berry Farm has reopened the California Marketplace earlier in the week, though neither company has announced plans to reopen their theme parks.

While Disney is targeting July 9 to reopen Downtown Disney, it may be even longer before the shopping center is fully staffed. Sephora, which operates a Downtown Disney store, has yet to reopen any retail locations in California.

While many Disney fans are pleased with the announcement, it comes on a day when Orange County reported its highest number of COVID-19 hospitalizations and ICU cases since the pandemic began.

Disney placed most U.S.-based non-essential employees on furlough effective April 19, 2020. Disney yet to say how it plans to notify cast members who will be recalled to work during the phased reopening.

Sixty-five years to the date after the historic opening of Disneyland park, we are planning to open our theme park gates once again on July 17, 2020, welcoming guests back to the Disneyland Resort.

Because theme park capacity will be significantly limited to comply with governmental requirements and promote physical distancing, the Disneyland Resort will manage attendance through a new theme park reservation system that will require all guests, including Annual Passholders, to obtain a reservation for park entry in advance. Theme park reservations will be subject to availability. More details about this new reservation system will be available soon. At this time, there will also be a temporary pause on new ticket sales and Annual Passport sales and renewals. Additional details will be available soon. Please check Disneyland.com for the most current information.

Once approved, the Disneyland Resort will reopen with enhanced health and safety measures. In addition, a Guest Experience Team will be available throughout the parks and Downtown Disney District to assist guests with questions regarding these new policies.

Certain experiences that draw large group gatherings – such as parades and nighttime spectaculars – will return at a later date. While character meet and greets will be temporarily unavailable, characters will be in the parks in new ways to entertain and delight guests.

Pending governmental approval, Disney’s Grand Californian Hotel & Spa, Disney’s Paradise Pier Hotel and Disney Vacation Club Villas at Disney’s Grand Californian Hotel & Spa are planned to reopen to guests and members starting on July 23. Plans to support physical distancing as well as increased cleaning measures, along with a number of other health and safety protocols, will be implemented as part of the phased reopening of the hotels and the Vacation Club.

Downtown Disney District will begin reopening on July 9 in line with the state’s reopening guidelines, with its unique variety of shopping and dining experiences, including the flagship World of Disney store. With the health of guests and Disney cast members at the forefront of planning, several operational changes will be implemented based on guidance from health authorities to promote physical distancing and cleanliness throughout the Downtown Disney District.

Additional information on enhanced health and safety measures and operational changes for reopening locations will be shared soon. These policies are under continuous review and are subject to change as the Disneyland Resort monitors conditions and receives guidance from health and government authorities.

Disneyland holds a special place in the hearts of people around the world. It was created as a place where family members of all ages could have fun together – a place to “leave today and enter the world of yesterday, tomorrow and fantasy.” Sixty-five years later it still is.

It’s time for magic – and we look forward to welcoming you back.