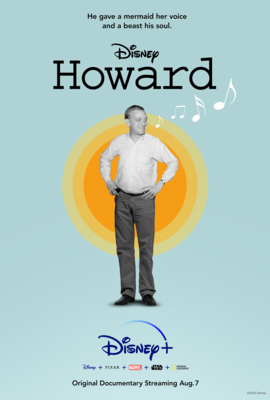 On Friday, August 7, Disney+ will stream a new documentary about lyrcist Howard Ashman directed by Don Hahn. This is one documentary that you do not want to miss. As Disney' promotion for the film describes it, "Spanning his childhood in Baltimore, to his formative years in New York, and his untimely death from AIDS, Howard goes in-depth to explore his journey to become the lyricist behind some of the most beloved and well-known classic family films in the world."

The documentary opens with 1990 footage of lyricist Ashman coaching Paige O'Hara in the opening number of Beauty and the Beast at a recording session in New York City. Next we hear director Don Hahn's voiceover and we learn that this was just 9 months before the world would lose Howard Ashman. The next voice we hear is from Sarah Gillepsie, Ashman's younger sister. Her voice is accompanied by photos of of the siblings' childhood in Baltimore as she tells a story of how she was called into his room one day and he had a towel on his head for a turban and had carefully and meticulously decorated all of his tiny Cowboys and Indians in little costumes so he could repurpose them and tell a new story. The screen shows close-ups of what these brightly colored toys must have looked like and director Hahn (producer of such films as Beauty and the Beast, The Lion King, The Emperor's New Groove and the documentary Waking Sleeping Beauty) whisks us into a different style of documentary. There are no talking heads, only voiceovers throughout this whole film. You needn't worry, though, as there is plenty of footage like the opening recording session. But by using loads of photographs from Ashman's life as people talk, you get the feeling of sitting on someone's couch with perhaps a glass of lemonade as they bring out albums and scrapbooks and set them on your lap. As they spin stories your eyes light on certain snap-shots as you stare into Ashman's sweet, gentle eyes and warm, embracing smile. In doing so your mind is like that of a little Sarah and is transported into the past and so begins this story.

Hahn, with his very able editor Stephen Yoo, keeps the voiceovers at a shorter pace and the camera really holds on these photographs. It truly gives the viewer enough time to look at the picture and thereby get immersed in the story. Each bit of narration is succinct and we move back and forth from speaker to speaker at a nice clip. The pacing is just spot-on. We move through his college years, graduate years, and early days in New York City. It's interesting to note that he took a job editing a Mickey Mouse Club magazine in Los Angeles, which is a nice bit of foreshadowing of his tenure with the Walt Disney Company to come. As we see him struggling to create shows and meeting his long-time music partner Alan Menken it is clear that like all good documentaries it isn't just about one thing. This film should be a prerequisite for any and all interested in show business. Even if you are not interested in working in musical theatre and are a screen writer or an actor, just watching Ashman's love for all aspects of the art form including actors, musicians and writers, you get a really good primer in the art of creating. 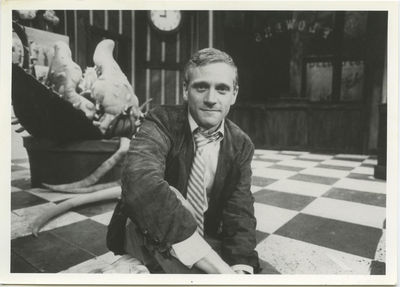 This image beautifully captures Ashman's sparkling eyes and love of what he does. Photo courtesy of Disney/Stone Circle Pictures.

Ashman's humility could not be any more clear than in an interview after the musical Little Shop of Horrors had become an Off-Broadway hit. The reporter asks him what he had done that nobody had done quite as well or succinctly. Ashman replies without any hesitation that he hadn't done anything, and immediately cites 5 different musicals he has used for inspiration. We are dealing with a man who recognizes the rich history of an American art form and also acknowledges the hard work put into his own work. Perhaps this was the major problem with his collaboration on the musical Smile with Marvin Hamlisch. The footage and interviews seem to point out that perhaps the connection between the two men just wasn't there. No Real Housewives style of bitchiness at all. Even though Smile was not a success it introduced Ashman to Jodi Benson, who would quite soon become his little mermaid. That show also put him on Jeffrey Katzenberg's radar. Katzenberg soon asked Ashman if he wanted to come out to Hollywood and work on a Disney film. Ashman cemented his partnership by saying "I'll bring Alan" Three little words and history is made. 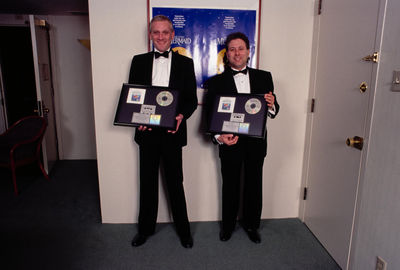 The trajectory of The Little Mermaid, Beauty and the Beast and Aladdin of course follows. The arc of the documentary is maintained by shining the spotlight on the creation of these pieces rather than the end products. By showing photos, footage and even some delightful Disney artwork of Ashman at his angriest we alternate his personal struggles with his professional ones. We see that not all of the process is perfect. There are heartaches and near misses. With voice-overs from Benson, Glen Keane (lead artist on Ariel), Katzenberg, Roy Disney, John Musker (director of Aladdin) and Ashman's long-time partner Bill Lauch, to name just a few, again we are lucky to see intiimately how this process works. The decision to show Jerry Orbach and Angela Lansbury chit-chatting before recording what appears to be the final take of "Be Our Guest" eliminates any need to interview them. Let the work speak for itself and for them. The biggest personal takeaway from this process is the pain of Ashman hiding his AIDS diagnosis from almost everyone. One of the most heartfelt moments is when Menken tells about winning the Oscar for best original song ("Under the Sea" from The Little Mermaid) followed the next day by Howard telling his longtime friend he is dying of AIDS. This was the juxtaposition of Ashman's life. It's also important to note that the score for this documentary was composed by Menken and, absolutely no pun intended, it just hits the right note by adding to each and every scene. You can hear the love. 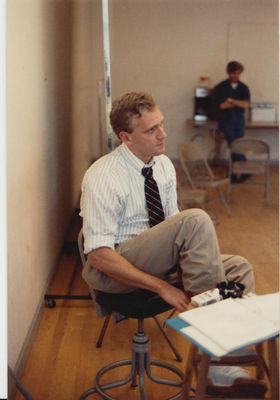 All of the photographs are lovingly hand selected; one amazing example is how one picture of a noticeably thinner Ashman has his back to the camera and we cannot see his face. This is immediately followed with a picture from the same day in the same place but this time he is facing the camera. These two photos create movement and it subtly shows his illness with few words and without overwrought narration. Another highlight is the interview Ashman did at the 92nd St. YMCA in New York City on the success of the film Little Shop of Horrors. It was only audio so once again using footage and photographs intercut with an empty auditorium of the YMCA brings back haunting images of the ghost of the past. Beautiful film-making. Ashman discusses how it is silly enough that people sing on stage and even sillier when they sing in a movie. To recognize the inherent problems of this difficult art form, one cannot but wonder whether Alan Menken and Howard Ashman brought musicals back into the hearts of millions of children via the Disney resurgence and are perhaps responsible for the bigger success of musicals today. There are many other scenes throughout these years to support the medium of animation to do just that. Yoo's editing from the last line delivered of the documentary right into the credits is absolutely fantastic. 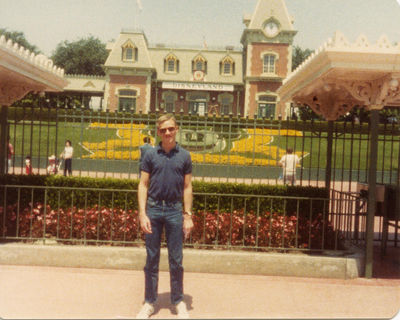 Even Howard Ashman needs a snapshot in front of this iconic place. Photo courtesy of Disney/Stone Circle Pictures.

He didn't live to see the release of Beauty and the Beast, but Hahn got to visit him in the hospital after it had been shown to test audiences. He was 80 pounds and almost blind. Hahn said to him, "You wouldn't believe it. People love this movie. Who would've thought?" Ashman whipsered back to him "I would have."