The Mandalorian is tasked to return the Child ("Baby Yoda") to his own kind. We have known nothing about the species of Yoda. There are wikis and tomes about most every species in Star Wars but Yoda is special, mysterious. 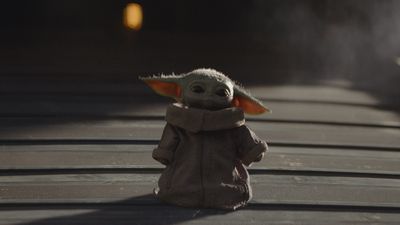 Not knowing much about him makes him fascinating, so the prospect of this child being returned to its own kind might break apart some of the intrigue. Yet, it may be that the journey will not lead to the planet of yodas, but on a path to find Jedi. Unfortunately at this time in the history of this galaxy, the Jedi are "all but extinct." We only know of Luke Skywalker, and by extension, Leia, but she is probably barely trained now. Will the Mandalorian find Luke? Or will he find some other surviving Jedi, like…

2. Ahsoka Tano in the Flesh

Ahsoka has a long story, and lucky for us, her story continues, somehow, in The Mandalorian. Throughout her story she has been presented to us in computer-generated imagery in The Clones Wars and Rebels but later this month, she will be in live-action. 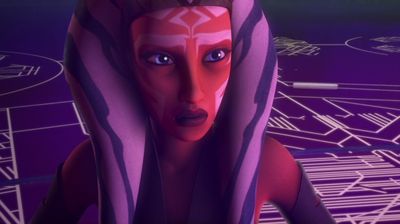 If that isn't fantastic enough, it seems as though her destiny will now tie in with the force-sensitive Child, perhaps the only other creature in the galaxy in tune with the Force (apart from Luke, Leia, Yoda, Vader, and Palpatine). She brings a lot of history with her and so it will be an engaging encounter with the Mandalorian and his foundling.

The other Mandalorians were hidden on planet Nevarro, forced to hide in the sewers. They revealed themselves to help Din Djarin escape with the Child but that exposure made them a target for the ex-Empire forces. We find the abandoned covert in the last episode where it appeared many or all of them were killed. I believe there must be some who survived, not just the Armorer.

It didn't look good when our heroes found a pile of helmets and armor but it may not have accounted for them all. Perhaps the heavy gunner survived at least? These characters tend to survive, don't they?

4. The Armorer Cleans Up

The Armorer, and representative of the Mandalorian way, did indeed survive when it all seemed certain that she would meet her end in the tunnels when the Stormtroopers arrived. She said she would not abandon the dead there; she would take care of the tribe's remains. But then what?

She probably can't stay there forever especially with Nevarro in such a state at the end of the first season. Hopefully she'll turn up and bring all the cool gear and gadgets again for our hero.

Speaking of surviving, is Boba Fett returning? There was a shadowy person standing over the body of Fennec Shand on Tatooine and my gut says it's indeed Fett, but the creators of this show know that we will think this—the clever bunch—so it could just be a diversion or a tease.

However, all signs point to Boba Fett's return which means we may find out if and how he survived the Sarlaac pit from Return of the Jedi. Why is it relevant that he survive? Well, he is the first character we ever met in Star Wars to don Mandalorian armor. What is his history with them? Is he a true Mandalorian? What will he and Din Djarin do if they meet? The story possibilities are captivating.

Speaking of old Mandalorians, what's with Moff Gideon having the Darksaber? Gotta watch The Clone Wars for some background on that but needless to say, the Darksaber, that sword that Gideon used to cut his way out of his crashed TIE Fighter, was a symbol for Mandalorians at one time; it was once held by their leaders. It is also a relic of some old Jedi order and was perhaps an early version of a lightsaber.

The conflict between the Jedi "sorcerers" and the Mandalorians is mentioned in this show so the fact that once again these two creeds are at odds is a cool plot point. There is some unfinished business and some more stories to tell in the lore of Star Wars.

Ran's team of outlaws almost left the Mandalorian for dead on a floating prison but they were outfoxed and ended up being captured themselves. But given their teamwork and skill, for good or bad, I wouldn't count on them being down and out.

Chapter 6. Pedro Pascal is the Mandalorian, Clancy Brown is Burg and Bill Burr is Mayfeld in "The Mandalorian." © Lucasfilm.

I expect some form of revenge to drive their actions and things could get real ugly when they catch up with Din Djarin. I predict another perfect episode if that happens.

Will Karga restart the bounty hunter guild? Will he help Cara Dune begin a new life starting with modifying her chain code? We certainly haven't seen the last of them, especially since it was only at this last episode that they were all working together!

Pedro Pascal is the Mandalorian, Carl Weathers is Greef Carga and Gina Carano is Cara Dune in "The Mandalorian," exclusively on Disney+. © Lucasfilm.

They know enough about the Child and "Mando" to still prove valuable in the story and the Mandalorian can't do everything alone—we've seen him try. Star Wars often involves an ensemble to work together in overcoming corruption and now that they've shared this adventure, the larger war is not over.

The only Star Wars character (I think) to wear glasses, Dr. Pershing, was left alive by the Mandalorian, and besides Moff Gideon, he's the only one who knows more about the Child and what the old Empire wants with it.

Since he lived, perhaps we'll see him again and get some explanation. I get the feeling we may not like what we will hear. Got any guesses?

Din Djarin had many reasons to dislike droids. His youth was shattered in the Clone Wars when battle droid armies destroyed his home and most likely killed his parents. We saw this in his flashbacks. But by the end, there was one droid who managed to change the Mandalorian's heart.

Taika Waititi is the voice if IG-11 and Pedro Pascal is the Mandalorian in "The Mandalorian," exclusively on Disney+. © Lucasfilm.

IG-11 began life as a hunter but was later reprogrammed to protect people. It echoes K-2SO from Rogue One who was also a reprogrammed droid who strove to protect the rebels to the end. Both of them fulfilled their programming completely but left us mournful for their termination. With Din Djarin's new outlook on droids, or at least their possibilities, I wonder what new droids may come into his life. Perhaps he'll find ways to make some new and cool mechanical allies.

Season 2 of The Mandalorian begins streaming on Disney+ on October 30, 2020.