In another casualty of the COVID-19 pandemic, the Disneyland Resort today announced that it has discontinued its long-running annual passport program, effective immediately.

Passholders who held a valid pass when the Resort closed on March 14, 2020, will automatically receive a pro-rated refund of their pass. The change affects the Disneyland Resort only; the Walt Disney World annual pass program remains unchanged.

“We want to thank our Annual Passholders for their understanding during this closure period. Due to the continued uncertainty of the pandemic and limitations around the reopening of our California theme parks, we will be issuing appropriate refunds for eligible Disneyland Resort Annual Passports and sunsetting the current program. We are currently developing new membership offerings that will utilize consumer insights to deliver choice, flexibility and value for our biggest fans.”

Passholders will be notified of this change via email, and you can also view the text of the letter at a new website Disney has established with information about the refund process. It includes information about many situations, including refunds for unactivated annual passports and Premier Passholders (which provided admission into both Disneyland and Walt Disney World parks).

While this announcement is a blow to Disney fans around the country, the decision was almost inevitable. Disney officials never speak of attendance numbers (and even in announcing the end of the current annual pass program, they declined to state how many passholders the Resort actually had), but it's estimated that around one million people bought annual passports each year. The sheer number of annual passholders was a factor in nearly every operational decision at the Disneyland Resort, from how much parking capacity was needed, to how the opening days of Star Wars: Galaxy's Edge were managed. 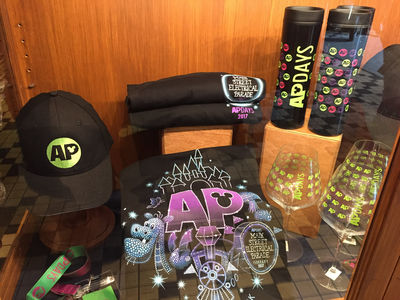 During a conference call with reporters, Potrock said that, while the Resort still hasn't gotten any guidance on when the Disneyland theme parks will be allowed to reopen, he expects "we’ll be opening in a very different and new way, using a reservation system."

Based on guidance issued by the state for other business sectors, as well as the tentative reopening guidelines proposed for theme parks, it's certain that capacity restrictions will be part of any reopening plan. The existing passholder base would likely overwhelm whatever limited capacity the Resort is able to operate under.

Disney has taken several steps to change the annual passholder program over the past few years—by raising prices, eliminating some pass types, and most recently introducing a passport with few blockout days, but which required an advance reservation to use. But if the company had ever wished to completely overhaul the program, the current pandemic provided the perfect opportunity.

During the call, Potrock said, “If there is a silver lining in this pandemic, it’s the ability to take a step back and look at the new normal, whatever that will be, and begin to create a new program that takes into account all the things that are important to our guests.”

In creating the new "membership" program, Disney is conducting extensive research among current and former passholders, day guests and vacation planners to determine which features are most important to them. Potrock said that "nothing is off the table" when it comes to the new program, and that it will be based on the feedback received from guests. Park officials do not have a timeline for introducing the new program, but said they hope it will be ready at whatever time the theme parks are allowed to reopen in California.

However, Potrock acknowledged that the end of the current program will strike an emotional blow to the annual passholder base, many of whom (including this writer) have had their passes for decades. He said that annual passholders are "our biggest fans, our most important fans, a group we want to put our arms around and show them the love."

While this is definitely the end of an era, it's not the end of the story. Potrock said, "We can’t wait to embark on the next chapter of the Disneyland Resort as soon as we possibly, possibly can."