Have a BoxLunch, Disney Style

This month, we're going to continue our tour around the world wide interwebs and our search for ways to bring the Disney magic home in this time of crisis.

Shopdisney.com is, of course, the epicenter of Disney merchandise—but as I've discussed many times in this space over the years, there are many online vendors that carry interesting and unique Disney goods. We're going to look at one of my favorites this month, BoxLunch.

BoxLunch is unique, selling exclusive items that are usually pop culture related, across many many different properties. We all know I'm partial to Disney (and they have tons of Disney), but they also have merchandise themed to properties as diverse as Harry Potter and The Office (yes, the TV series).

They have literally thousands of items, many very unique and only available from them. I thought it would be fun to take a look at a sampling of these to give you an idea of what they have.

Valentine's Day is coming, so what better place to start than this—dare I say—adorable set of Lady and the Tramp T-shirts? 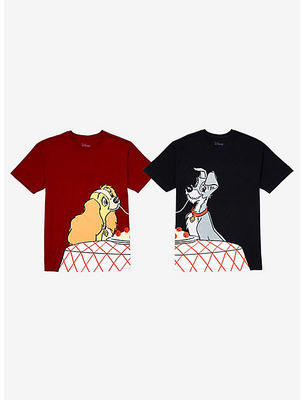 You and your valentine can wear these coordinating T-shirts. © BoxLunch.

The two coordinated T-shirts, one with Lady and the other with Tramp, form the iconic scene from the movie where they share that strand of spaghetti when put together. They sell for $28.95 each (not as a set) and are BoxLunch exclusives.

If you like the idea of these Valentine's Day coordinating T-shirts, BoxLunch has a whole store full of them. They have Robin and Maid Marion from Robin Hood, Stitch and Angel from Lilo & Stitch, and Bernard and Bianca from The Rescuers. There are even tons of non-Disney entries in case you're interested.

If you're a Mickey Mouse fan—and you all know that I am—sometimes you like the basics, though maybe with a twist. I love me a good Mickey baseball cap, and BoxLunch has many. While researching this article, though, one kind of stuck with me. 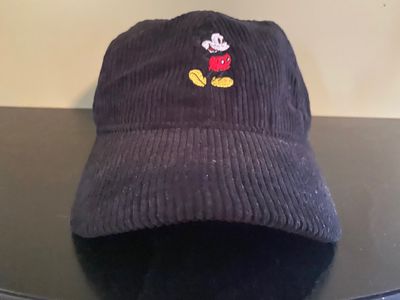 It's a simple black cap with Mickey Mouse embroidered on the front. What's different though, is that it's corduroy material. It's also a BoxLunch exclusive. I saw it, had to have it, so I bought it for $15.12.

Sticking with Disney proper, but maybe getting a tiny bit more obscure, we now come to this giant throw blanket featuring the swinging stars of the Aristocats. 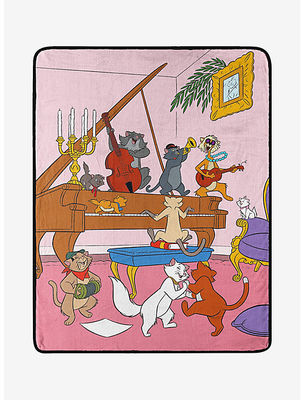 There's a pretty throw with the dancing cats of the "Aristocats." © BoxLunch.

The large 48 inch by 60 inch throw is colorful and features the stars of the film dancing and jamming on musical instruments. The throw is fleece and goes for $23.92.

According to my teenage niece, Loungefly is all the rage. The brand's faux leather backpacks, fanny packs, wallets, and such have gotten extremely popular and can be expensive, depending on the item. Currently at BoxLunch, Loungefly and The Nightmare Before Christmas fans can get this wallet/card holder for only $9.59. 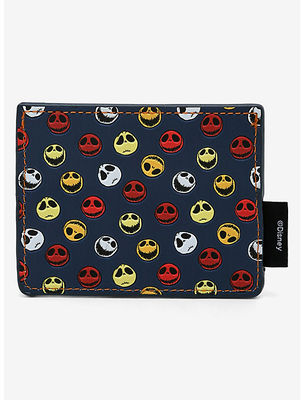 You can get this Loungefly Jack Skellington wallet for a steal. © BoxLunch.

The wallet has four slots for cards and Jack Skellington's face in many colors all over the surface. This wallet is very interesting and comes at a great price. If you like Loungefly, BoxLunch has many options (this search yielded a result of 309 items).

The BoxLunch website is organized into different shops, so whatever your interest, it's easy to find what you want (and equally fun to just browse). For example, from the Disney universe there are shops for Marvel, the Mandalorian and of course, Disney.

If you're a Marvel fan and like games, have I found the item for you! Boxlunch has a Marvel Collector's Chess Set. The opening line of the description is, "To succeed at chess, you have to study the endgame first." A true statement about chess and a clever Marvel Easter egg. 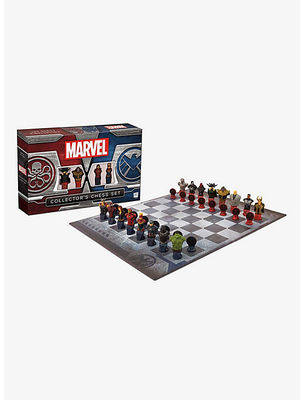 The set features the villains of Hydra on one side and the agents of Shield on the other. The set is currently on sale for $59.92.

Again veering into the world of Marvel (and the slightly weird), we now have this LED desk light. It comes in the shape of one of Tony Stark's repulsor gloves. 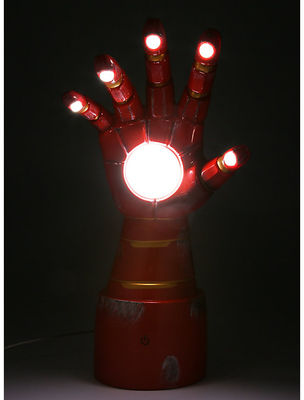 You can light up your desk with one of Ironman's gloves. © BoxLunch.

The lamp is 14 inches tall, is USB powered and has a 15-minute shut-off and dimmer feature (as if having Ironman's hand on your desk wasn't enough). This is a truly unique item and sells for $39.92.

Lastly for Marvel, I could move on without mentioning what might be the most unique item on the website. If you like Thor, you can have Thor's hammer. 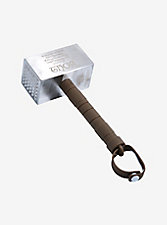 What other vendor would sell you a "Thor" hammer meat tenderizer? © BoxLunch.

Yes, BoxLunch is selling a meat tenderizer in the shape of Thor's hammer. Etched on the metal tenderizerer is the saying, "Whoever hold this hammer, if they be worthy, will posses the power of… Thor." I told you they had interesting and unique items. This one sells for $19.92.

I didn't forget about you Star Wars fans. As I wrote earlier, BoxLunch has an entire Mandalorian shop, where there are literally thousands of themed items. One that I thought was both functional and fun was a charger based on The Child (aka Baby Yoda). 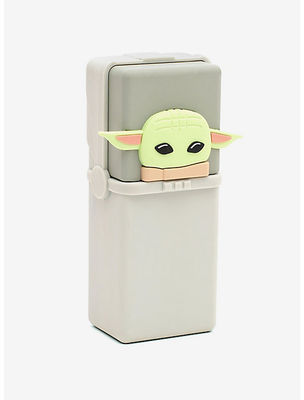 The Child from "The Mandalorian" can help charge your phone. © BoxLunch.

The portable charger features The Child riding in Grogu's Pram. The Child can help you charge for only $19.92.

A touch less practical, but no less cool is this lightbox, also featuring The Child (I keep fighting the urge to call him Baby Yoda). 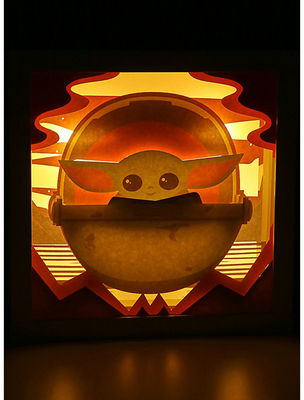 This Child lightbox would be a great additional to any "Mandalorian" fan's decor. © BoxLunch.

The lightbox measures 6 inches by 6 inches and features The Child in front of a background inspried by The Mandalorian. It uses AA batteries, has an on-off switch and an automatic 15-minute shutoff, so you can use it as a night light as you fall asleep. You can get it at BoxLunch for $27.92.

I can't stress how cool what they have is and how many different items there are. If that isn't enough, will give you one more reason to shop there. For every $10 you spend, either online or at one of their stores, they donate a meal to the homeless, so you give while you get.

That's all for this month folks. Happy shopping, and see you next time!