Disneyland and Disney California Adventure will reopen on April 30 after being closed more than a year due to the global pandemic, and today announced details about how visitors can purchase tickets and make reservations to return.

While the theme parks are ready to reopen, not all rides, restaurants and shops will return just yet. Disney has released a list of what will be open in each theme park, and from that we've discovered which attractions may not be available at Disney California Adventure: 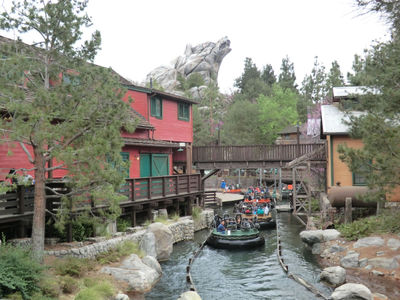 Grizzly River Run is one of the attractions which remain shuttered when DCA reopens. MousePlanet file photo.

We were happy to see that Mickey’s PhilharMagic and Soarin' Over California will both reopen at Disney California Adventure, but noticed that Grizzly River Run will not at this time.

The list of restaurants which will remain closed at DCA is long, and contains some disappointments. The extended closures are likely due to the low guest count permitted inside the parks, which won't require a ton of food service capacity.

It's difficult to maintain a 6-foot distance from other shoppers in some of the smallest Disney stores, so we weren't surprised to see these locations won't reopen.