As a former Disney Store, Walt Disney Gallery, and Disneyland Resort Store Operations cast member, I've seen myriad merchandise rotate throughout the years. There always seems to be some trend that is a must for Disney collectors—Disney beanie babies, Disney pins, Vinylmation, tsum tsums, nuiMOs, Starbucks Disney mugs, Spirit Jerseys, Loungefly backpacks, and of course the ever-present Mickey ears/Minnie headbands. Oh ya. I forgot one. For some reason, collectors wait hours in virtual and live queues for their favorite release of a small, plastic figure with an oversized head, the Funko POP!

I grew up in the Pacific Northwest and, a few years ago, I suddenly found myself living once again among the evergreens. Much to my surprise, just an hour south from me in the small city of Everett, I uncovered the Funko Headquarters. It's hard to miss the four-story building surrounded by giant 12-foot-tall Funko POP! characters. Atop the overhead walkway, Spider-Man and Batman stand as heroic sentinels. One side of the building showcases a giant Sulley, Maleficent, and Groot. Funko's mascot, Freddy Funko, colored silver, welcomes visitors to the flagship store which opened in 2017. 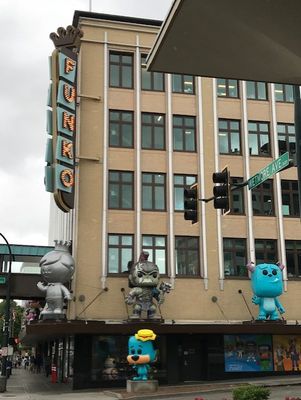 Not your typical toy store! Huckleberry Hound and Ragnorak Hulk join Sulley and Funko Freddy outside the Funko Headquarters in Everett, Washington. Photo by Lisa Baxter.

Founded in 1998 by Mike and Claudia Becker in nearby Snohomish, Washington, Funko's rise to collector fame is almost as big as the characters' heads! The Beckers' first endeavor was creating a Bob's Big Boy bank. After a few misses and several hits, Mike sold the start-up pop culture collector company in 2005 to Brian Mariotti, current CEO of Funko. The popular Pops! debuted in 2011, utilizing licenses of cultural brands, including the behemoth Disney (which now includes Pixar, Star Wars, Marvel, and The Simpsons).

The Funko Headquarters is a whimsical, interactive store with more of the jumbo-sized Funko POP! characters scattered throughout various alcoves. Each room is designated to a specific brand—Harry Potter, Star Wars, Marvel, Disney, Funko Freddy and exclusive releases, DC Comics, and a miscellaneous room filled with Spongebob characters, Anime characters, horror icons, and so many more. The last cove is Wetmore Forest, a woodsy setting filled with mythical creatures. This is Funko's original character line, named after Wetmore Avenue, on which the headquarters resides.

When you enter the first-floor store, you're given a price list of items. Standard Funko POP! characters are $10-$15, exclusive or limited edition run higher, as do collections. You can grab a basket for carrying your merchandise, or free-hand it. You can shop by character, brand or just wander around and marvel at the layout. Each brand is notated by the large Funko POP! characters. Just look for the castle drawbridge with Elsa, Belle, and Princess Tiana for the Disney section. Star Wars? A giant Chewbacca welcomes prospective Jedis. The Marvel room features a flying Thor holding Mjölnir and Hulk smashing through brick walls. On the other side of the store, a full-size Batmobile sits in the Batcave, next to a Joker locked in a jail cell. Wonder Woman and Harley Quinn are close by in the DC room. Harry Potter fans will give Funko ten-points for the welcoming Hagrid figure as Hermoine, Harry, and Ron watch nearby. 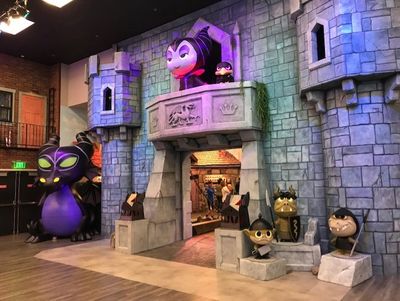 Maleficent and her goons guard the backside of the Disney-themed castle inside Funko Headquarters. Photo by Lisa Baxter. 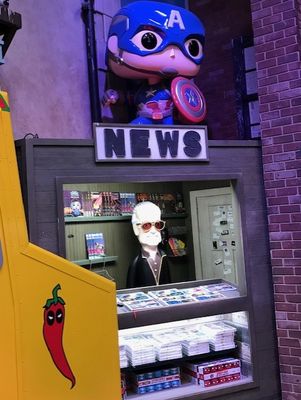 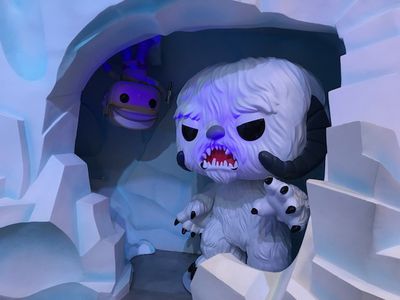 Star Wars fans will remember this famous scene with Luke and the Wampa from Empire Strikes back. Photo by Lisa Baxter.

If you can't find a Funko POP! you want, which would be hard to fathom, you can create your own at the POP! Factory. Giant tubes filled with a rainbow assortment of heads and bodies, cover the wall. from top to floor. You just choose your color and piece together your character. For shoppers wanting to celebrate pop culture yet another way, a massive display table holds various Loungefly backpacks, wallets, and more Funko souvenirs. (Funko owns Loungefly, the California-based company known for pop culture backpacks).

I have to admit that I didn't purchase anything on my visit. (This was pre-Covid, hence no masks). My kids picked up a few SpongeBob and Patrick POPs!, but I was happy just looking at the displays. I stopped collecting Disney merchandise after working with it for so many years. However, I reached out to my fellow MousePlanet writers to inquire about their Funko POP! collections, and I wasn't disappointed. 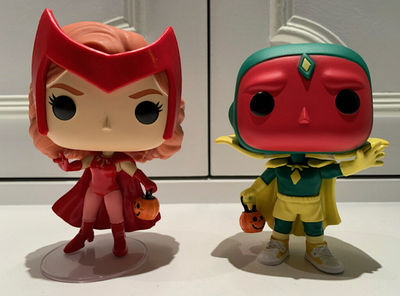 With the Disney+ hit WandaVision, writer Chris Barry made sure to add Wanda and Vision, dressed in their Halloween/comic book costumes, to his collection. Photo courtesy of Chris Barry. 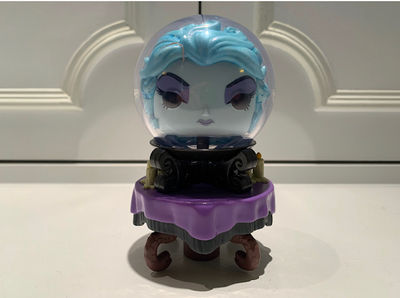 Funko licenses not only Disney but Disneyland icons such as locations and characters. Madame Leota is one of four special edition POPs! celebrating the 50th anniversary of Disneyland's Haunted Mansion. Photo courtesy of Chris Barry.

Chris keeps his collection at about 25-30 characters, a fair amount compared to his twin sons who have acquired more than 300 characters! 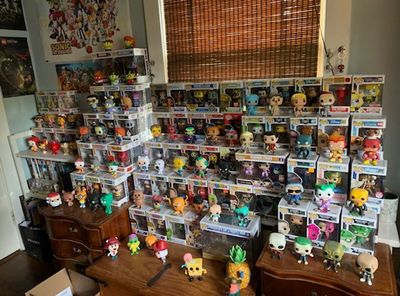 The Barry Boys' Funko POPs! seem to have taken over their room. Chris shakes his head and says they should just sell them all and buy a car. Photo courtesy of Chris Barry. 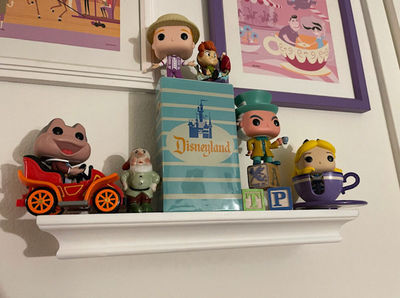 MousePlanet contributor Todd Pickering has amassed quite a Disneyland Funko POP! collection including a special edition Alice in the teacup. Photo courtesy of Todd Pickering.

If you ever make it north of Seattle, be sure to stop by the Funko Headquarters location. California residents can visit Hollywood's newest location or the San Diego store for the full Funko experience.