Get ready to deck the halls with returning seasonal offerings when Holiday Time at the Disneyland Resort begins on Friday, November 12. The 2021 holiday promotion will feature most—but not all—of the attractions, decorations, and entertainment from pre-pandemic offerings, but the big news is the return after nearly two years of parades to the Disneyland Resort. 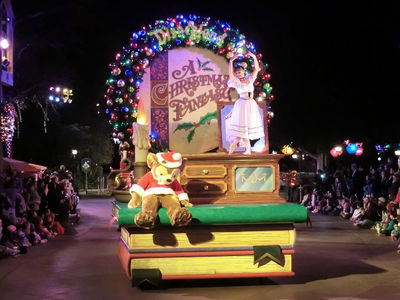 A Christmas Fantasy Parade will again make its way down Main Street, U.S.A., travelling between "it's a small world" Holiday and the iconic 60-foot-tall Christmas tree in Town Square. Disney has not mentioned whether any additional health and safety proceedures might be in place along the parade route.

Also returning to Disneyland are the “Believe… in Holiday Magic” fireworks show, and the Sleeping Beauty’s Winter Castle projection show and snowfall. The Haunted Mansion Holiday, which opens in September for Halloween Time, also runs through the end of Holiday Time, January 9, 2022.

Disney is also promising a “kiss goodnight” moment, with Disney characters clad in their pajamas waving goodbye from the balcony of the Main Street train station. 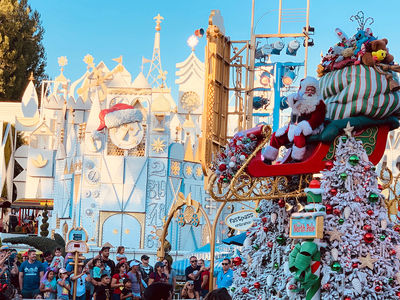 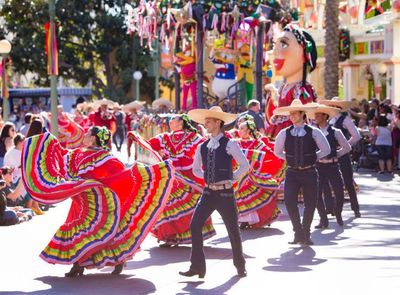 Santa returns to his digs in the Redwood Creek Challenge Trail, and Disney says there will be a new "joyful party" featuring Mickey Mouse and friends dancing along with the Holiday Toy Drummers.

Luigi’s Joy to the Whirl and Mater’s Jingle Jamboree return once more in Cars Land, as the entire land is decorated for the holidays.

Missing from Disney's announcement was any mention of the World of Color show, which hasn't resumed performances since the theme parks reopened. We also haven't heard any rumors about whether the Candlelight Processional will return in 2021.

The first weekend of the holiday season is usually very popular, so Magic Key holders and day guests alike should make their theme park reservations as soon as possible for the day they want to attend. Theme park reservations are open through December 31, 2021 for one-day and multi-day ticket holders, and through November 30, 2021 for Magic Key holders.