Happy New Year! It's 2022, and I'd sure like to hear from you, our loyal readers, about subjects to cover in future editions of our weekly MousePlanet Walt Disney World Resort Update. MousePlanet has a long tradition of reporting news and views about visiting Walt Disney World in this weekly Update space. I took on the regular responsibility of assembling this page five years ago (and contributed photos and a bit of news for two years before that). Like those that wrote the Updates for the decade and a half before me, I do not use the space to traffic in rumors; I don't craft click-bait headlines, I don't unnecessarily criticize just to gain attention, and I very much care about providing information to make the best of your visits to Walt Disney World Resort.

As regular readers probably know by now, my Resort coverage tends more toward discussions of park operations (like how to navigate the latest changes), attractions, and entertainment. Many Disney fan sites (and fans) focus on merchandise, food and beverage, but those subjects aren't my strengths or interests; I try to make sure to highlight the latest major offerings that I learn about, but I'm neither a merchandise collector nor a foodie.

Before the global pandemic, I typically made it to all four theme parks every week or so, and only missed visiting at all in a given week when I was away from Central Florida. Since the pandemic and the Resort's phased re-opening, my visits are far more occasional because I'm limited by a combination of the capacity restrictions (which continue in some less-than-transparent form by the Disney Park Pass Reservation System and the number of venues/entertainment offerings that haven't reopened), the weather, the crowds, and such. As I continue to be privileged to be invited to a number of media events by Disney, its operating partners, and Give Kids the World Village, and I try to use these opportunities to provide you with useful information about visiting Walt Disney World.

Though I didn't go over to Walt Disney World Resort to ring in the new year, the I still enjoyed some of Magic Kingdom's "Fantasy in the Sky" fireworks by watching the Disney Parks live stream, by recording my camera that faces the Magic Kingdom area, and by stepping out on my driveway. Of course, neighbors added fireworks to the sky around Magic Kingdom too. Video by Alan S. Dalinka.

So, as I look ahead to this new year that still carries many of the challenges presented in 2020 and 2021, I'd like to hear whether there are things around Walt Disney World Resort that would benefit those coming to celebrate The World's Most Magical Celebration by covering them in future editions of the Update. After all, Walt Disney World isn't small: it's bigger than the city of San Francisco, and there's more to see and more to do than even a local like me gets around to in a whole year even in the best of times. Please provide your comments either below, or on MousePlanet's Facebook, Twitter, or Instagram pages (either by public comment or private message on any of the social media platforms; sorry, but I no longer receive email from the envelope link atop this page.)

When I published last week’s Update, there was no headline-worthy news to share. By the time I woke up Tuesday morning, however, Walt Disney World finally announced that Disney’s Typhoon Lagoon Water Park would finally reopen on January 2, 2022, for the first time since the Resort’s temporary closure back in March 2020. Typhoon Lagoon did reopen over the weekend, and its sibling, Disney’s Blizzard Beach Water Park, closed for its seasonal refurbishment. As I don't have the Water Parks option as part of my Annual Pass and, though the weather was beautiful this weekend, I didn't trek over to Typhoon Lagoon. 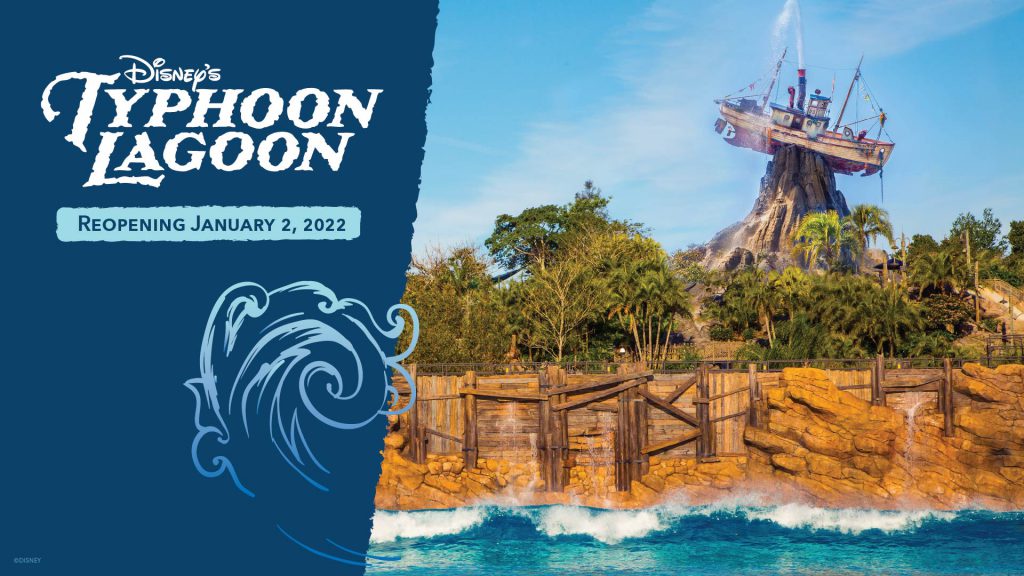 Disney's Typhoon Lagoon reopened on January 2, 2022, after having been closed since Walt Disney World Resort's temporary closure at the onset of the global pandemic in March 2020. Image courtesy Disney Parks.

Disney Parks Blog noted that Typhoon Lagoon’s reopening is accompanied by some new food and beverage offerings. Most noteworthy, Snack Shack next to Typhoon Tilly’s features a list of all-new frozen-dessert bar menu items, including an opportunity to mix and match your favorite Dole Whip flavors (including mango, pineapple, lime and raspberry) to build your own concoction, which, for adults can also include tequila, coconut rum or dark rum (for an additional charge, of course). There is also a new Moana-inspired Dole Whip cone. 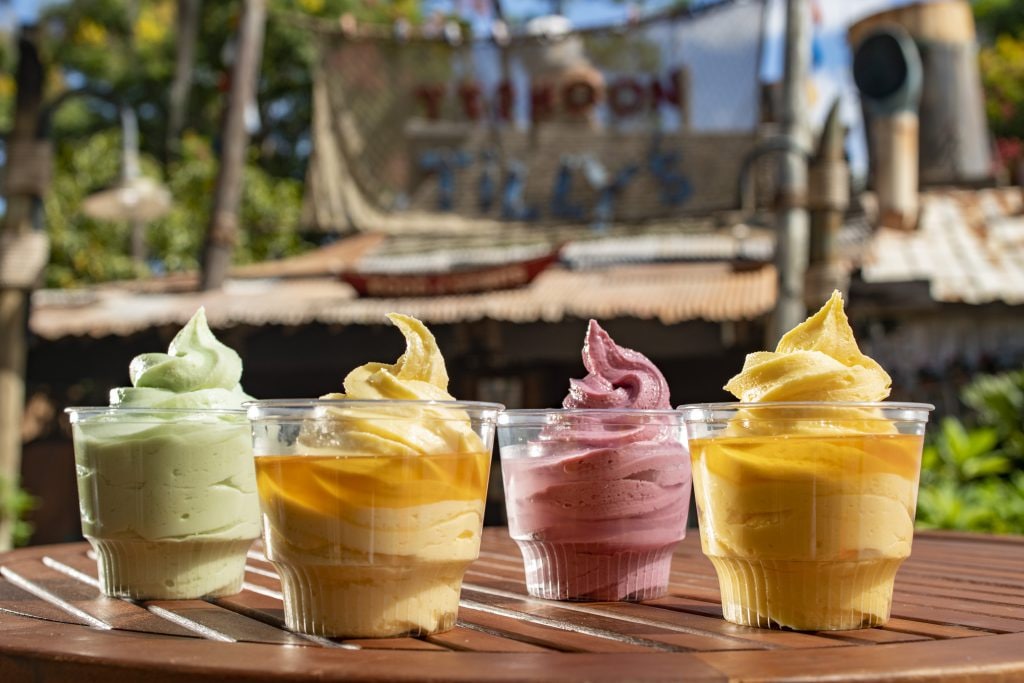 Disney Parks Blog has a preview of some of the special merchandise celebrating the Resort's 50th Anniversary available at this year's Health & Fitness Expo. 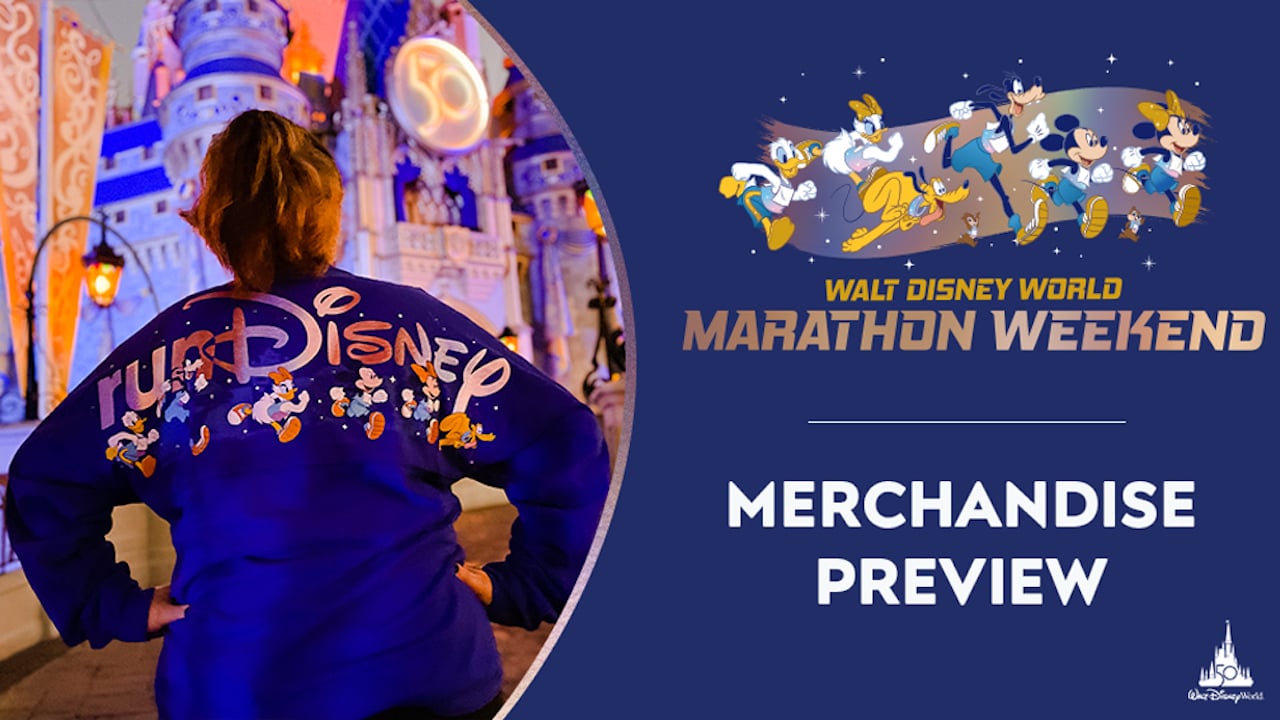 …D23 Expo, the largest Disney fan event in the world, next celebrates The Walt Disney Company, including the best of Disney, Pixar, Star Wars, and Marvel across film, television, streaming, theme parks, products, online, music, live entertainment, and more, at the Anaheim Convention Center on September 9, 10, and 11. This seventh edition of D23 Expo will also look at the Company's plans for celebrating its 100th anniversary in 2023. Tickets will go on sale on January 20, 2022. Visit this page of D23.com for more information.

Like the rest of the State of Florida, and most other parts of the United States, numerous new cases of the COVID-19 virus were reported over the past weekend here in Orange County, where Walt Disney World Resort is located. There have been no changes in health and safety protocols announced by the State of Florida, which has no vaccine, COVID-19 testing or face covering requirements or business capacity restrictions. The State repeatedly has blocked enforcement of municipal and county-imposed restrictions as well during the course of the pandemic. Private property owners, like Walt Disney World Resort, may set some requirements for visiting its property that you must be aware of if you decide to visit.

If you're traveling to or from overseas, be sure to check with the places you're visiting and traveling from or through for the latest rules. Though the United States government recently loosened international travel restrictions for entering the U.S.A., it's important to check on and abide by the most up-to-date COVID-19 testing and vaccine requirements for entering the United States whether as a citizen, permanent resident, or visitor (and who needs a visa).

As for visiting the Walt Disney World theme parks, Disney Park Pass reservations are required for admission in addition to a valid ticket. If your tickets have the Park Hopper option, remember that Park Hopping only becomes available after 2 p.m. daily, and only after you have first visited the park for which you have made a reservation that day. There have been instances where Magic Kingdom has reached capacity and paused admission of Park Hoppers, and Disney reserves the right to do so.

Sales of new Walt Disney World Annual Passes have been paused in all categories except the Florida Resident Pixie Dust Pass. Disney reserved the right to pause those sales when it reintroduced its new Annual Passes. Current Passholders may continue to purchase renewals in all tiers regardless of the pause in new sales.

Even with the pause in AP sales and the uptick in COVID-19, it remains unlikely that the Resort will shut down again in the near-term. Disney Parks continue to follow the guidance from the Centers for Disease Control. Remember that Disney does impose guest restrictions that are stricter than those imposed by the State of Florida, and it may impose further restrictions even if the State of Florida does not.

To visit any Disney theme park, Disney Park Pass reservations are still required in addition to valid admission. At Walt Disney World Resort, everyone ages 2 and up are required to wear face coverings in all indoor locations. Outdoors, face coverings are optional in most locations for vaccinated guests, and required for unvaccinated guests. All guests are required to wear face coverings on buses, monorails, and on Disney Skyliner. Walt Disney World Resort encourages guests to get vaccinated, and has mandated vaccination for new hires and existing cast members in most roles.

Here in Central Florida, at this time of year, we often get some of our best weather. But you should be aware that temperatures can range significantly during the day: a 30° to 35° swing across a day or two is not unprecedented, and a 20° change from sunrise to midday is not at all unusual and, in fact, is the forecast for today. At this time of year, it typically rains only occasionally, and, in fact, the weather predictions of rain tend to be more reliable at this time of year than summer. Your mileage may vary.

Thinking about Hawaii? Walt Disney World Annual Passholders also can save on stays on select rooms over at Aulani, a Disney Resort and Spa in Ko Olina, Hawaii, from January 4 through April 8, 2022: up to 30% for stays of 5 or more consecutive nights, and up to 25% for stays of 4 consecutive nights. (From my personal experience, even as a repeat visitor to Oahu, a week is a good amount of time to spend on the island, particularly if you have a rental car or other transportation arranged.)

Our travel partner Get Away Today is available to help you book rooms and packages, and include its complimentary Concierge Services. More details are here. With Get Away Today's complimentary Price Monitoring, any time a special comes out, it will automatically price check it for each of its guests. If the new special is better, it will automatically apply the new savings and let the guest know. If it's not a better deal, they will leave everything as is, and keep their eyes peeled for future promotions that could save guests more.

You can get a vacation quote from Get Away Today here. (Responses provided in 1 to 3 business days.) You can also call 855-GET-AWAY during regular business hours (Monday to Friday 9 a.m. to 5:00 p.m. MT) and tell them MousePlanet sent you!

Be sure to check out Get Away Today's Universal Orlando Resort ticket offers too.