When I wrote in yesterday's Disneyland Resort Update that I expected the company to raise admission prices before the start of the holiday season, I didn't think it would happen within 24 hours. Then last night we got official word that tickets would in fact go up effective this morning, and now we can share the details with you. You might recall I also stated that I didn't have any inside information or psychic abilities, and so it's no surprise that some of the changes I expected didn't happen exactly as I thought they might.

The Resort uses a seasonal flex pricing structure, with the price of one-day tickets now based on a seven-tier calendar. The new Tier 0 ticket is now the lowest-priced single-day admission, the same $104 as offered since 2019. The company would not estimate how many Tier 0 days there will be in a given year, but I'd expect them to fall mostly on the "Tuesdays in February" that represents the absolute slowest period for the park.

Updated 10/11/22: Disney generally publishes the tier calendar about 6 months in advance, and has released details into early February. There are 15 Tier 0 days in the first 39 days of 2023, all Mondays through Thursdays on non-holiday weeks. The weekend of January 27–29, the first dates of the Disney100 celebration, are all Tier 6 days, 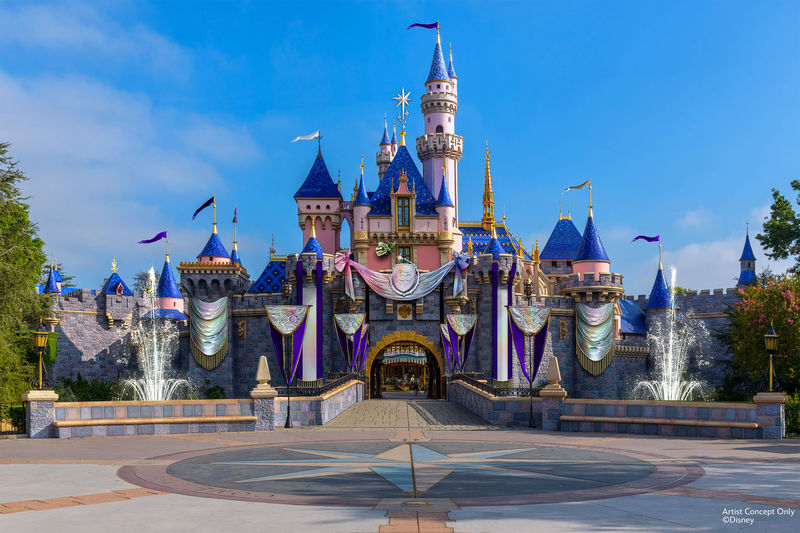 Disneyland will be the heart of the Disney 100 promotion which starts in 2023. Photo courtesy Disney.

Instead of raising the price of the Tier 1 ticket to $110 as I predicted, Disney raised it to $114. The Tier 6 ticket, valid on the busiest of days, is now $179, a $15 increase. A one-day Tier 6 park hopper ticket—the one which will allow you to bounce between Disneyland and Disney California Adventure on New Years Eve—is $244.

Of the changes, the Resort said, "Disneyland Resort is always planning the next new idea, attraction, and story. We are so excited to share all the fun in store as the heart of the Disney 100 Years of Wonder anniversary celebration during 2023. Our tiered ticketing structure offers guests different options to experience that magic throughout the year, including our lowest price point – which hasn't changed since 2019."

The price for multi-day park-hopper tickets each increased by $30 to $35 for adults. However, the multi-day park hopper add-on remains the same at $60.

Finally, Disney is raising the price of the Disney Genie+ service for advance purchases, and introducing demand-based pricing for same-day purchases. If you add Disney Genie+ to your ticket before your visit, it's now $25 per day, a $5 increase. If you decide to wait until you get to the park, and the price could be $25, or it could be a lot higher based on demand. Magic Key holders still receive a 20% discount on the purchase of Genie+

While main lot parking fees did not increase, the cost of preferred parking is now $50 per car, up from $45. There was also a substantial jump in hotel valet parking rates, from $50 per day to $65.

While these new prices are all in effect as of today on the Disneyland website, our partners at Get Away Today are still offering tickets at the pre-increase price for about a week. If you ignored my advice yesterday and are now looking to save on tickets for your upcoming visit, visit Get Away Today or call 1-855-GET-AWAY, and be sure to mention you saw them on MousePlanet.