The Walt Disney Company announced Sunday night that Bob Iger is returning to his former role as CEO effective immediately, replacing Bob Chapek at the helm.

The social media landscape being what it is at the moment, many regarded the initial reports as a hoax Sunday night, before the Walt Disney Company posted a press release confirming the news. In the statement, the company said Iger "has agreed to serve as Disney’s CEO for two years, with a mandate from the Board to set the strategic direction for renewed growth and to work closely with the Board in developing a successor to lead the Company at the completion of his term."

Susan Arnold, Chairman of the Board, said, “We thank Bob Chapek for his service to Disney over his long career, including navigating the company through the unprecedented challenges of the pandemic.”

“The Board has concluded that as Disney embarks on an increasingly complex period of industry transformation, Bob Iger is uniquely situated to lead the Company through this pivotal period.” 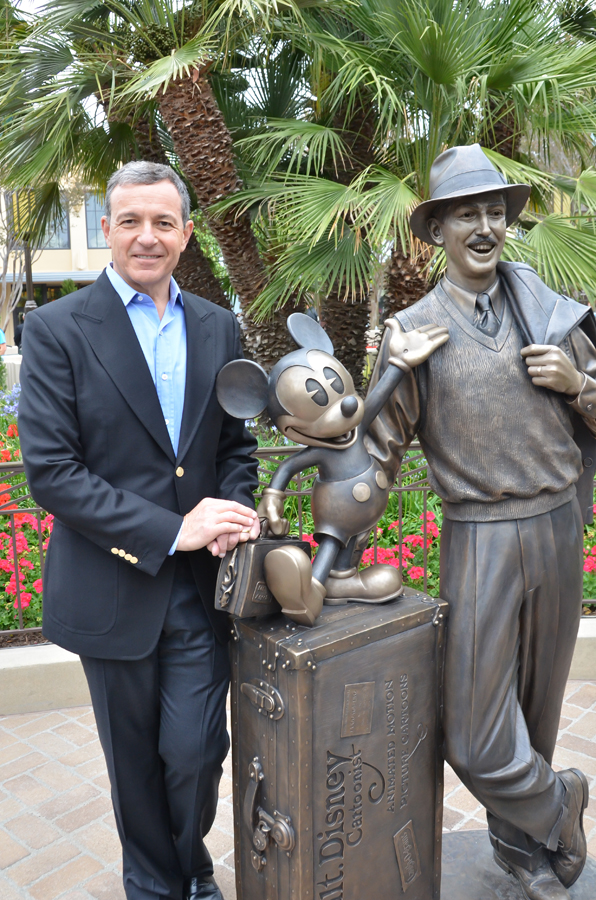 Bob Iger poses with the Storytellers statue at the grand opening of Buena Vista Street in Disney California Adventure in 2012. MousePlanet file photo.

In an email to colleagues, Iger shared that he was returning to his former role “with an incredible sense of gratitude and humility—and, I must admit, a bit of amazement.” CNBC has published the full text of the letter.

Bob Iger served as CEO until February 2020, when he passed the role to Chapek. Iger remained on the board as executive chairman until October 2021.

Within an hour, Bob Iger was the trending topic on Twitter, with Disney fans and celebrities alike sharing their thoughts.

I don't think I've ever been so happy. Welcome home @RobertIger ❤️❤️❤️- the GOAT is back!!!!