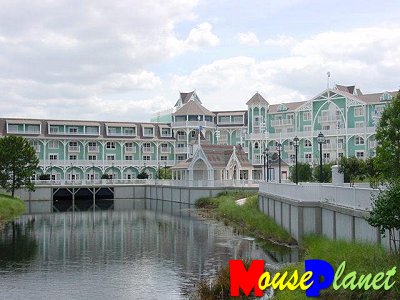 After countless trips to Walt Disney World and 85 articles written for this column thus far, new topics can be hard to come by. As a change of pace, this article and the next one will cover some favorite places or things at Walt Disney World, presented in alphabetical order from A-Z.

A is for American Adventure, located in the America pavilion in World Showcase at Epcot. This elaborate show combines music, movies, and a large assortment of audio-animatronics people to present an entertaining look at the history of the United States. The show is very well done, and even people not interested in history are likely to enjoy this one (speaking for myself — I am bored to tears at Hall of Presidents, but I like American Adventure very much). The show is held in a large air-conditioned theater, and lasts nearly a half hour. It's a great respite from a hot summer day in Florida. The only drawback is the seats can feel so comfortable it's easy to doze off in here!

B is for Beach Club Villas, which is a beautiful Disney Vacation Club addition to the original Beach Club Resort located next to Epcot. This resort is very popular during the annual Food and Wine Festival, as nothing beats the convenience of strolling into Epcot. The studios and villas are not as large as those at Old Key West Resort, but they are very attractive and have that prime location. The very best swimming pool on Disney property, Stormalong Bay, is another great perk to staying here. 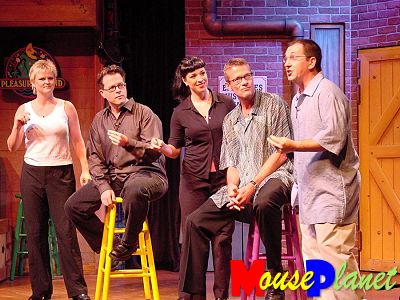 Comedy Warehouse cast opens the show by creating a poem based on audience suggestions. File photo by Sue Holland.

C is for Comedy Warehouse. It's no secret the Comedy Warehouse is the primary reason for many of my trips to Walt Disney World. Home to improv comedy performed four or five times nightly by a very talented cast, the Comedy Warehouse has a very large and loyal following of "regulars"from all over the world. Unlike comedy clubs found in other locations, there is no smoking permitted here and no foul language. There is a full bar available, along with popcorn and soft pretzels. Seating is limited, and the line can form early during busy times. Thursday and weekend nights are the busiest, and the earlier couple of shows will be less crowded than the later shows. Later shows can sometimes get a bit wild, but things never get out of hand.

D is for Disney Vacation Club, which is Disney's version of a timeshare. It's actually a prepaid vacation plan, since there is an expiration date at which time everything reverts back to Disney. The DVC resorts would be considered "deluxe", but they have the added amenities of a full or half kitchen. Villas that are one bedroom or larger also have a Jacuzzi tub in the master bathroom, a washer and dryer, and just might be nicer than your real home! Units not rented by Disney Vacation Club members are made available to non-members to rent on a cash basis. 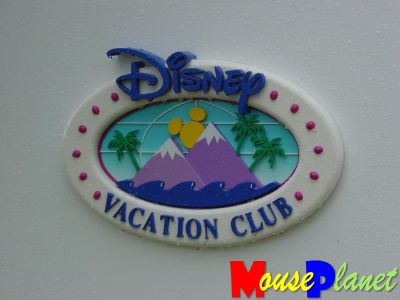 E is for Entertainment, which is something nobody does as well as Disney. Live stage shows in the parks are top quality in terms of the performances, costumes and sets. World Showcase in Epcot has some form of entertainment native to each country — musical groups and performance artists. Disney MGM Studios introduced "Streetmosphere", where actors portraying old Hollywood characters roam the streets interacting with visitors and stopping to perform a routine with each other. Parades in each theme park are popular year after year, particularly the nighttime Spectromagic parade. At the Magic Kingdom the Dapper Dans have been performing for decades, and the stage shows presented in front of Cinderella's Castle draw a large crowd despite there being no seating. There's surely something for everyone!

F is for Food & Wine Festival, held annually along World Showcase in Epcot each fall. The festival was expanded two weeks in 2004, running from October 1 to November 14. Several kiosks set up around World Showcase sell sample-sized portions of foods and wines representing a number of different countries. There are also separately ticketed dinners and wine pairings, as well as the Party For The Senses where visitors can sample a number of different foods and wines in a party atmosphere. Complimentary wine tastings are held throughout the day and evening, along with culinary demonstrations featuring chefs from within Disney and several well-known restaurants in other cities. The festival is busiest on the weekends and evenings, but weekdays are a very pleasant time to visit. 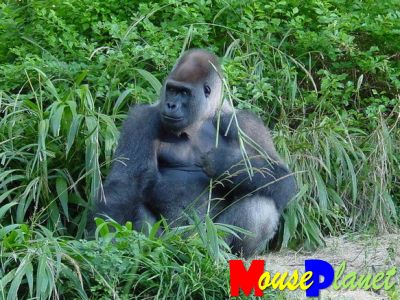 G is for Gorillas. Animal Kingdom's Pangani Forest Trail includes two gorilla habitats. On one side there are four bachelors and in a separate area a family group lives. The family consists of the father, his two females, and their three offspring. While many visitors tend to rush through this area, those who stop and quietly observe will notice some subtle and some not-so-subtle interactions between the gorillas. The dad on the family protectively watches over his "kids," while the bachelors on the other side keep an eye on each other and jockey for the position of dominant male of the group. The cast members working along the trail can be a wealth of information, and are generally happy to share their knowledge with interested visitors.

H is for Hot Weather, which pretty well sums up life in Florida most of the year! The hot temperatures, combined with high humidity can make things very uncomfortable for several months of the year. However, proper planning can help anyone make the most of a visit during the hot weather months. It is essential to start the day bright and early, getting to the parks right at opening before it gets too hot (and crowded). During the hottest part of the day (afternoon), spend time in the pool, seeing a movie, shopping in air-conditioned store, having a leisurely late lunch, or resting in your room. By dinnertime head back out to continue touring the parks as the sun cools and eventually sets. 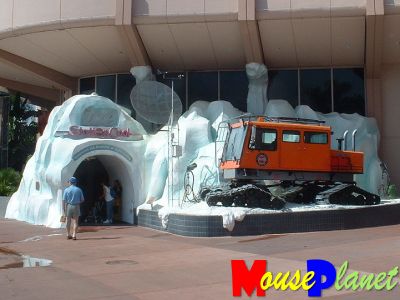 I is for Ice Station Cool, located in Epcot. This attraction is sponsored by Coca Cola, and is a great spot for soda drinkers. After walking through an icy cave, visitors end up in an area containing a merchandise shop (Coca Cola) and several stations at which to try free samples of soda flavors representing different countries of the world. Most famous is the Beverly from Italy, which has a bitter taste. Chances are someone will be in there urging an unsuspecting friend or stranger to try it, then watching the surprised reaction!

J is for Jacuzzi Tubs. Almost every deluxe and moderate Disney resort has one or more Jacuzzi-style tubs located in the swimming pool area. The largest can be found at Disney's Coronado Springs Resort in the Dig Site pool area. Seating 22 people, it has to be seen to be believed! The Disney Vacation Club resorts all contain private Jacuzzi tubs in the one-, two- and three-bedroom villas. The tubs at Old Key West are the largest, easily accommodating two people. Some candles, some wine, and a bath bomb from Basin at the Downtown Disney Marketplace can make for a nice romantic evening. 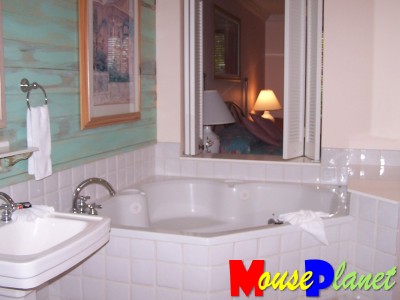 K is for Kitchen Kabaret, which may be gone but is not forgotten. This show about good nutrition was located in the Land pavilion in the spot most recently occupied by Food Rocks. Audio-animatronics performers included Mr. Dairy Goods, Stars of the Milky Way, the Cereal Sisters, Boogie Woogie Bakery Boy, the Colander Combo and of course Mr. Hamm and his sidekick Mr. Eggz. The jokes were corny, but the show was fun and who can forget the fruits and vegetables singing "veggie veggie fruit fruit?"

L is for Le Cellier, the restaurant located in the Canada pavilion at Epcot. Originally it was a cafeteria-style eatery, but eventually was closed and remodeled into a full-service restaurant. Widely praised for having some of the best steaks on Disney property, the signature item is the cheddar cheese soup that has been on the menu since the beginning. Le Cellier is open for lunch and dinner, and always provides excellent food and service. It's also a comfortable respite from a hot Disney afternoon! 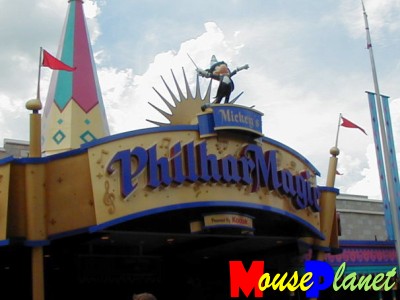 M is for Mickey's Philharmagic, the newest 3-D show. It is located in the Magic Kingdom, in the theater formerly home to the Lion King show, and Magic Journeys (3-D movie) before that. Each Disney 3-D movie has been better than the earlier ones, and Mickey's Philharmagic is no exception. The special effects keep the audience enthralled, and the Disney music and animation is popular with all age groups. Fast pass is available here, although quite often it is not really necessary. In any event, this show is worth a visit during your next day at the Magic Kingdom!

Next time, we look at Disney things and places representing the letters N-Z. Why not come up with your own list of Disney memories in the meantime, and share them with your family!