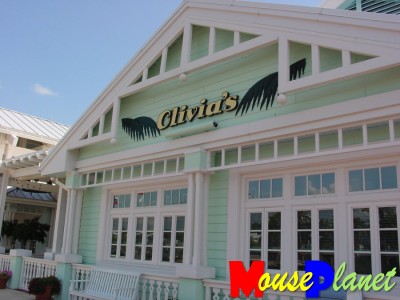 Last time, I presented some favorite places or things at Walt Disney World that begin with the letters A through M were presented (link). Now we continue in alphabetical order from N-Z. Maybe some of your favorites will appear on the list!

N is for Neon Armadillo, which was a country music nightclub located on Pleasure Island in the early years. Currently BET Soundstage has this location, directly across from the Comedy Warehouse and next to the Adventurer's Club. The Neon Armadillo was a very attractive club, and line-dancing lessons were offered nightly. A group of locals regularly came to enjoy the dancing and music, and were quite disappointed when Wildhorse Saloon came to Pleasure Island and the Neon Armadillo was closed. Based on my limited visits, BET Soundstage seems to attract fewer people than I used to see at the Armadillo.

O is for Old Key West, the first of the Disney Vacation Club resorts. Originally its name was Vacation Club, until the second resort in Vero Beach was opened. Located in the Downtown Disney area, Old Key West is more of an upscale condo community than a hotel. It is built on part of the Lake Buena Vista golf course, with a relatively small number of units in each building. Rooms here are spacious, and being able to park outside your door is a nice feature. With four swimming pools, a marina, Olivia's Cafe restaurant, Gurgling Suitcase lounge, fitness center, and Community Hall, Old Key West can be a vacation destination without considering the rest of Walt Disney World. Except for the hidden Mickeys on the railings, this resort looks just like the real “Old Key West” neighborhood in Key West. 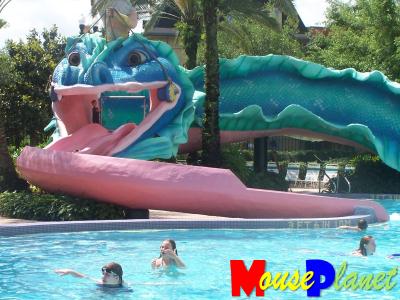 P is for Port Orleans French Quarter, one of the moderate resorts. This resort is smaller than the other moderates, with approximately 1,000 rooms. The compact size is nice because nothing is too far away, and there are fewer other people crowding into the food court, pool, shop, and bus stop. The theme here is New Orleans, but Disney's version has the good without the bad. The rooms have recently been refurbished, and they look nicer than the typical moderate resort room. The exteriors are freshly painted and everything is clean and attractive. Port Orleans French Quarter is my first choice for a resort when I am not in a Disney Vacation Club resort—and for the money it is generally a good value.

Q is for Quiet Pools, which simply means swimming pools without water slides and with no lifeguards on duty. There is no guarantee that time spent at one of these pools will be quiet, but it's almost always much easier to find available lounge chairs. Many resorts have multiple quiet pools in addition to the main feature pool, and most likely, the pool nearest your room is one of the quiet pools.

R is for Recreation, of which there is a wide variety to take part in at Walt Disney World. If your interests lean toward active pursuits such as golfing, tennis, basketball, bicycling, jogging or even miniature golf, you can probably keep busy for a full week without getting bored. People who enjoy more sedentary activities such as relaxing by a pool, renting a boat, or watching a movie can also fill several days without entering any of the theme parks. 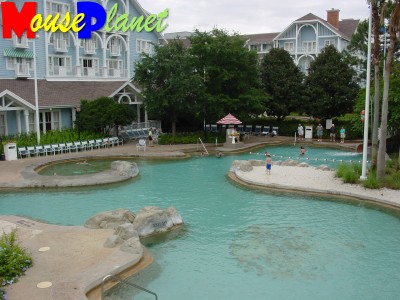 S is for Stormalong Bay, the main pool area shared by Disney's Yacht Club, Beach Club and Beach Club Villas Resorts. This was the first pool area to be fenced off, with cast members stationed at the few entrances to check resort identification in order to prevent admittance by people who do not belong there. Stormalong Bay is actually several separate pools, linked by bridges and walkways. A very large shallow pool is popular with young children, while at the far end there is a very long water slide for the more adventurous. Whirlpool jets, sinking sands, and even a deep lazy river round out the offerings at this terrific pool area. 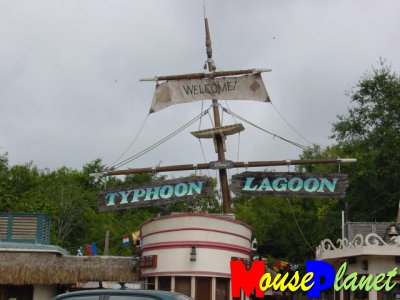 T is for Typhoon Lagoon, one of the two Disney water parks. Located near Downtown Disney, Typhoon Lagoon is best known for having the largest waves and the chance for visitors to snorkel with live sharks. The sharks are not any species that threaten people, and they tend to stay at the bottom of the tank as far away as possible. Snorkelers must remain at the top of the water (no diving down), and endure rather chilly water temperatures, but for many it is worth it for the unique opportunity. The giant wave pool sends huge waves crashing towards shore for 90 minutes out of every two-hour period, with gentle bobbing waves for the other 30 minutes.

Unlike Blizzard Beach, there is plenty of shade to be found in Typhoon Lagoon, which makes it a good choice for parties with people who need shelter from the hot Florida sun. Water slide enthusiasts may find Blizzard Beach more exciting, but Typhoon Lagoon holds its own and seems to be the preferred water park of many people (myself included).

U is for Unlimited Magic Pass, which is the current name of the pass sold to Disney resort guests that is valid for admission everywhere from the time they check in until midnight of the day they checksout. If purchasing them in advance through, Disney insists you buy the pass for the entire length of stay. However, waiting to purchase until arriving at the resort almost always gives the guest the opportunity to drop the first or last day. Unlike many other park hopper passes, the Unlimited Magic Pass does expire, whether it has been used for all of the days or not. It is also priced assuming the holder will enter the theme parks, water parks, Disney Quest and Pleasure Island almost daily—if your plans do not include the “minor” parks, then it would not be your most economical option.

V is for Mickey's Very Merry Christmas Party, the after-hours event held several nights in the weeks between Thanksgiving and Christmas. A separate ticket is required for this party, and many dates will sell out in advance. Partygoers are generally admitted into the Magic Kingdom as early as 4 p.m. with just their party ticket, even though it does not officially begin until 7:00 p.m. Almost every ride and attraction is open during the party, with the exception of relatively minor rides like the Tomorrowland Transit Authority. Hot chocolate and cookies are given away at several locations, and a holiday family photo is taken and mailed to your home address. The Christmas parade is presented twice during the evening, and it seems even more magical with Disney “snow” falling along Main Street. 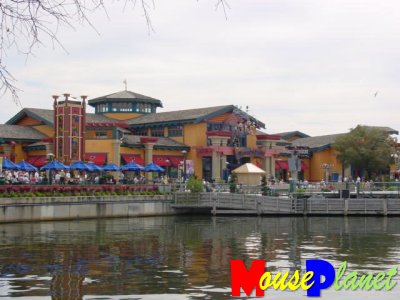 W is for World of Disney, the largest store full of Disney merchandise that many of us have ever seen! Located at the Marketplace in Downtown Disney, this retail outlet can get so crowded it becomes overwhelming. The merchandise is separated into several distinct rooms, including one for men, one for infants/toddlers, and one for jewelry and pins. Overhead are several whimsical displays, so be sure to look up towards the ceiling. Restrooms are located here in the children's' section, and cash register stations can be found in every room. It tends to be most crowded in the evening, so if serious shopping is part of your plan, it may be worth making a trip earlier in the day. Annual pass holders receive a 10 percent discount when shopping here, also.

X is a tough one—let's say X is for the biometric readers, which many visitors assume, are similar to an X-ray. Annual passholders insert two fingers into the reader at the turnstiles each time they use their pass to enter a park. The machine reads the distance between the bones of the two fingers, to help identify whether or not the hand belongs to the same person as the pass! It's not fool proof, but it may deter some “cheaters.”

Y is for Yearly Trips, something many families look forward to. For some families they visit at the same time each year, referring to it as their annual Christmas trip, or spring break destination. Others vary their schedule; coming in fall one year, spring another, and so on. If you can to visit Walt Disney World annually (or more often) there is always something new to see or do, in addition to most favorite items from the previous trip. Disney Vacation Club members have it down to a science—these people have prepaid their lodging at Walt Disney World through 2042 or 2054, depending on the membership purchased! 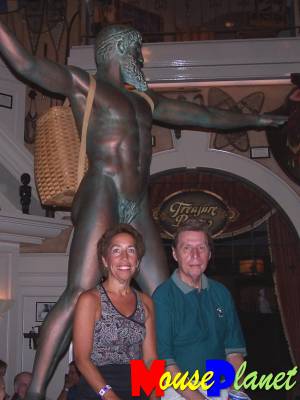 The Author & Dad sitting at Zeus' feet at the Adventurer's Club. Photo by Sue Holland.

Z is for the statue of Zeus located at the Adventurer's Club. Scantily clad and positioned above a seating area in the center of the main salon, it would be difficult to not notice this statue. The French maid character can be found “dusting” Zeus at times, to the amusement of most people in the room!