The new Mickey Mouse Club, otherwise known as MMC, ran from 1989-1994. The MMC featured skits and musical numbers aimed at a preteen to early-teen audience. This DVD presents only four episodes from the last two seasons of the show, featuring music numbers and profiles of the three titular cast members who went on to become pop superstars: Britney Spears, Justin Timberlake, and Christina Aguilera. 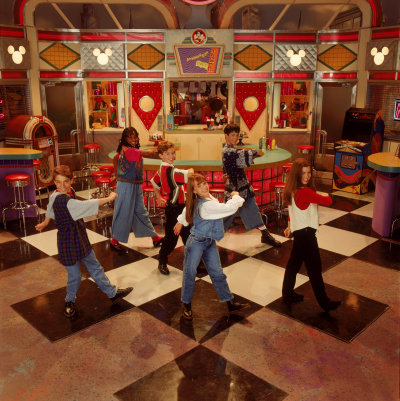 Britney's hometown profile shows her getting back to her country roots in Louisiana, riding go-karts and helping out in her great grandmother's deli. She gleefully demonstrates how to eat a crawfish and advises that “The head is the best part.” Thanks, Brit, but I think I'll pass. She is also featured in a song and dance number with future ex-boyfriend Justin Timberlake, performing “I Feel For You.”

Justin leads us on a tour of Memphis, Tennessee, including a visit to Graceland where he does a rather bad Elvis impression. Justin likes to ride four-wheelers and play basketball; now aren't you glad you know that?

Christina's profile isn't of her hometown in Pennsylvania, which must have been too boring. Instead, she is shown in her adopted hometown of Orlando, Florida (where MMC was taped) baking brownies. Her musical number, a performance of the Whitney Houston song “I Have Nothing,” shows the strength of her voice even at a young age.

The skits are largely uninteresting and humorless, although I admit I'm far beyond the target age for this set. I did find the car commercial parody featuring the “Bassett 3000 sx” to be very amusing, though. Instead of a car, the ad is for a Bassett hound dog, whose many features include a “low center of gravity that lets it hug the road” and the ability to “go from 0 to 60 [miles per hour] in a week.” In addition, the inclusion of a serious segment on teen depression and suicide was a bit jarring considering the saccharine nature of the rest of the material.

There are no extras on this set. The closest it comes is having a “Highlights” menu that lets you skip all the boring parts and go straight to the 5 clips featuring Britney, Justin and/or Christina.

The Audio, Video, and Interface

The set features audio and video from an early '90s television show, so there's nothing here to particularly blow out your speakers, unless you really, really enjoy Hall and Oates. 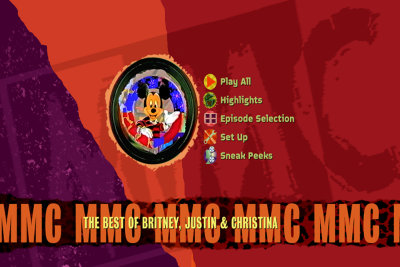 The title of this DVD is highly misleading, as there is really very little material featuring Justin, Britney or Christina. There are also several other cast members who may catch your attention: future NSync member JC Chasez, Ryan Gosling future star of the film The Notebook, and a pre-Felicity Keri Russell. I didn't time it, but some of them seem to have more screen than the three in the DVD's title.

The show is a poor attempt at a tween-audience variety show. the footage of Christina and Britney is particularly jarring; the girls are both clearly pre-pubescent, but you see glimpses of their future as pelvis-thrusting pop divas. Unless you're a super-obsessed Britney/Justin/Christina fan who needs to own every piece of video in which they appear, you're better off renting this.