I don't think anyone reading this review is unfamiliar with Pixar's string of fabulous animated short films. They started pretty much as John Lasseter's demonstration reels for what the Pixar computer hardware and software could do, but after Toy Story, they became the testing and learning ground for budding directors, animators, and story folks. While the computer technology that enabled all these shorts has changed dramatically over the years, there is one constant, which has been Lasseter's mantra from the beginning, and that is the story. These shorts all tell great little stories. Several do not even have dialogue. They all draw you in, though, whether you are young or old, and there is not one of these that either my boys or I could not watch over and over. This set of 13 shorts are simply wonderful: 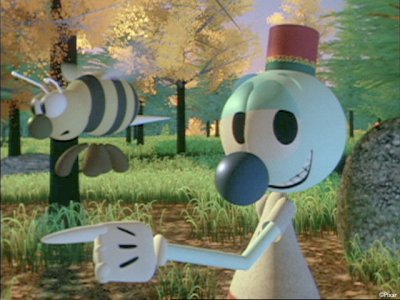 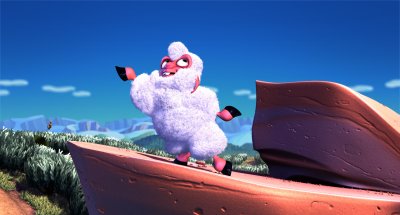 Let's see, there are three Academy Award¨ Winners, four Academy Award¨ nominees, and a bunch of other classic and just plain fun shorts. With a list like that, how could you go wrong? Then, on top of that, there is the bonus material!

This single-disc DVD does not contain a huge amount of bonus material, but what is included is pretty darn good. Almost all of the shorts have a commentary by someone involved with the production, usually the director(s) or animator(s), but there is even one by the young sons of the two co-directors of the short. The commentaries are rather short, being limited by the running time of the animated short, so the information is restricted to what is on screen with little time left for back-story, history, or other interesting side information. It would have been cool to have some introductory on-screen remarks to fill in some of the missing pieces, but there is enough there to make listening to each commentary well worth the effort. 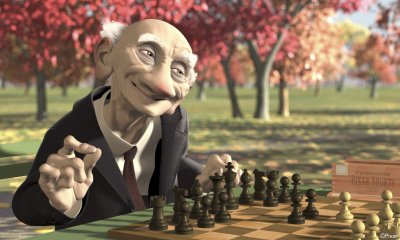 In addition to the commentaries, there is a 23-minute documentary featurette on the history behind the Pixar shorts. The featurette opens during the early days of Pixar, when it was still part of Lucas Films, and it then walks you through the early days of state-of-the-art computer animation. It gives you a great feeling for what was being done to show off the abilities of computers applied to graphical animation, and you see things like mirrored balls floating over chess boards, stiffly moving three-dimensional robots walking across the screen, spiraling tunnels, planetary fly-bys, etc. From a technical standpoint, these were amazing feats for the time. Alas, they were done by computer scientists rather than artists, and it showed. Enter Pixar's decision to hire Disney animator John Lasseter to fill that gap and provide their company with the technical vision and combined animation and story background they needed to highlight their hardware platform and software. So, with the release of "The Adventures of Andre & Wally B.," the direction of computer animation was changed forever. At 23 minutes, it gives you a good taste for Pixar's history and the role that the shorts played (and still play), but it left me wanting to see and hear more. I guess I'll have to wait for the feature-length Pixar documentary to be released on DVD in the not-too-distant future. 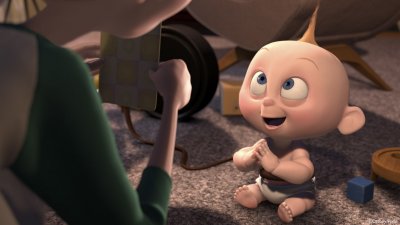 Finally, there are a couple of other minor goodies worth mentioning. There are a few Sesame Street clips that feature Luxo and Luxo, Jr., which are cute and must have been used during the rather long gap between the last Sesame Street episode I watched as a kid and the first ones my oldest son started watching about nine years ago. The other goodies are a bit hidden, but worth a bit of poking around the menus (oh, say around the set-up or short selection menus...). The "pencil" test for Luxo, Jr. is tucked away, as are two demo shorts. The first is an experiment at making water look realistic, and the other is a study in lighting, rendering, and other aspects of animation that are still used today. They are great little perks, and I have to thank my 9 year old for taking the time one morning to find them before I did. He told me, "Pixar always puts Easter eggs on their discs, and I found some on this one!" Ah, you learn quickly Padawan.

Quite simply put, this disc is very, very nicely presented. I just wish I could see the Blu-Ray version on a big hi-def screen for comparison. Oh well, someday. The audio and video transfers of the shorts themselves look as if they came from the original digital files, which is what Pixar and Disney have done for almost all of the other Pixar feature film transfers. The colors are saturated, crisp, and detailed and the audio is great on everything from a surround sound system to a laptop. The one aspect that did seem a bit sub-par was the interface, which initially features clips of the shorts on the main menu, but all the sub-menus are rather simple and contain music but minimal animation. So, while the menu just gets the job done, the shorts make up for it where it really counts. 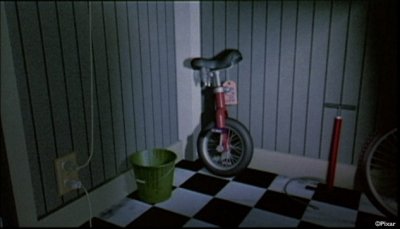 If this is Volume 1, I really can't wait for the future volumes. These outstanding shorts are a fantastic mix of humor, pathos, concise plots, memorable characters, and amazing visual computer animation. The best part is that after just a minute or so into each one, you forget all about the technical aspects of what it took to make it and just enjoy the ride. As I mentioned, these replay very well with my family, and even though we've seen the birds shot into the air a hundred times, that first naked bird that plops onto the ground just cracks us up every single time. If you remotely enjoy any one of the aforementioned shorts and have not seen the others, do yourself a favor and give the rest a try. There is a little bit for everyone here, and it deserves a place in your collection for those times you just need a short pick-me up or for an hour or so of great entertainment.