At Disney, Everyone Picks Up Trash!

At Disney, Everyone Picks Up Trash!

From the start, it's been a hallmark of Disney to keep the parks clean for the guests. Jack Lindquist, a former Disney executive and legend, recalled a journalist telling Walt he believed that the park was beautiful that day—but would rapidly become dirty and scarred as the crowds continued to flow through. Walt disagreed vigorously. Said he, "We're going to make it so clean that people are going to be embarrassed to throw anything on the ground."

There's a reason it's called a park—it's simply beautiful. Photo by Jeff Kober.

Lindquist learned that Walt was right. As he recalled, "I saw that happen continuously. I'd see people flick cigarette ashes into their hands or carry cigarette butts until they could find a trash container to put them in. Now, on Rodeo Drive or Fifth Avenue or Regent Street, London, they'd never think twice about throwing a cigarette butt on the ground. At Disneyland they thought about it. Because there wasn't any litter or dirt on the ground."

Since then, Disneyland has become renowned for being clean, friendly and fun. All cast members learn this at Disney Traditions, Disney's infamous employee orientation. The first rule is: "We create happiness" (we'll cover the importance of that rule on another occasion). But the second is right behind it: "Everyone picks up trash." Of course, there are wonderful cast members assigned to emptying trash receptacles, handling sweeper pans and brooms, and carrying out specific maintenance duties, like changing out light bulbs. But no cast member, whether a Jungle Cruise skipper, or an executive vice president, should walk by a leftover napkin, a park map, or an empty water bottle, and not pick it up.

This concept was notably illustrated by my Disney Traditions trainer, Claudio Diaz, while we walked the Magic Kingdom that first hot summer day. As we stood in front of Cinderella Castle he picked up the tiniest pieces of trash out of the planter. The message was clear—Everyone picks up trash!

This way of thinking is not so different from McDonald's.

Over the last number of years McDonald's has been in a marketing partnership with The Walt Disney Company, but their relationship goes back much further. Ray Kroc and Walt Disney met briefly as ambulance drivers in World War I. Curiously, both misstated their ages in order to go into the war and serve in the Red Cross. Ultimately, on separate journeys, they both created two of the most recognized companies that cater to families. 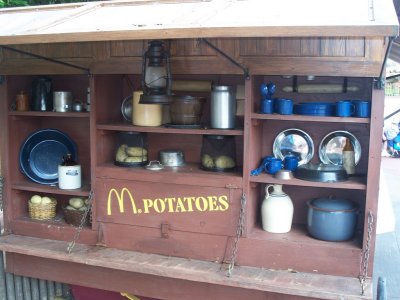 McDonald's has been known consistently for its logo, look, product, and efficient service. As Kroc tried to create a product that was in tune with the drive-ins of the 1950s, he also focused on maintaining the facilities. Attuned to the quality of the restaurant experience, Ray Kroc was known to tell his employees, "If you've got time to lean you've got time to clean."

The emphasis here is not just one of cleanliness. The important message is that when teams work together to make improvements that positively affect everyone, they become more cohesive. Their pride improves, productivity increases, and quality becomes apparent. Simply said, involvement creates ownership, which leads to employee engagement! 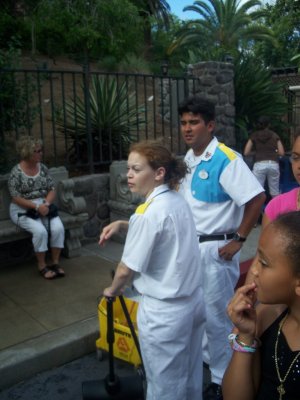 Now I know what you're thinking—we've all been to a McDonald's that's been anything but kept up. Food has been left on the tables, the restrooms are unkempt and the trash receptacles are overflowing. And more over, the employees are leaning all over the place, often doing little in the way of cleaning.

While this is true of many a McDonald's I've entered, I've also been in several that are fairly outstanding. At the end of the day, it's really about the management taking the lead at each location about how clean they want their particular McDonald's operation to be. And the whole of it tiers up to one large message about how clean you can expect it to be when you go to McDonald's.

It's the same at Disney. Some say that Disney parks are "declining by degrees," but that really isn't a fair statement. In the Magic Kingdom I can find clean restrooms in Town Square in the morning and later discover a mess in the restrooms in Mickey's Toon Town Fair, and still later find that the restrooms at Pecos Bill's are as clean as can be. 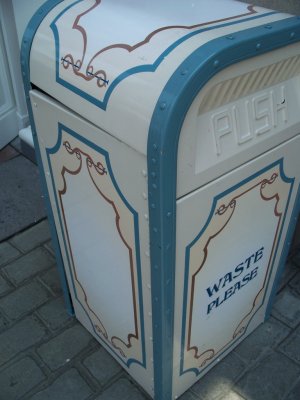 What does it mean? I'm not sure. If I went week after week and found the same experience in the same restrooms, I could probably surmise that there is a management problem in Toon Town; but I can't make that assessment if I've only spent only one day at the Magic Kingdom. And I especially can't say that all of Walt Disney World is going down the drain when I might easily find a clean restroom in Asia at Disney's Animal Kingdom or in the changing rooms for Typhoon Lagoon or off the Lobby at Disney's Wilderness Lodge.

It is the leaders that inspire an organization to perform at their best. Disneyland became so much tidier, so much more beautiful after Matt Quimet took Greg Emmer from the Magic Kingdom at Walt Disney World and transplanted him to operations at Disneyland. It's a great example of how leadership can affect the maintenance of a park.

I've never been to Tokyo Disneyland, but the one thing everyone comments on is how clean they keep that park. They apparently keep it cleaner than any other Disney property.

I was at Disneyland Paris a couple of years ago. That park, while probably the most beautifully designed of all the Magic Kingdoms, had less-than-stellar maintenance. Since then George Kalogridis has taken over the reins at Paris. George did an awesome job with Epcot, particularly during the Millennium celebration. I hear that he's doing a great things over there to take Disneyland Paris to the next level. 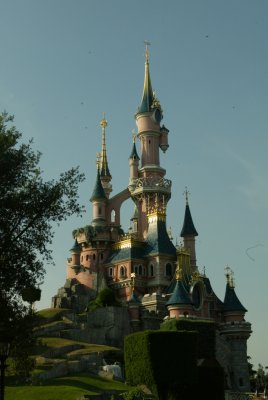 The point is, leaders matter. And they matter most when they take the reins, when they pick up trash, when they are involved. This shows itself far away from the trash receptacle. Here's an example from a cast member at Walt Disney World who wrote after my August 16 article, "Holding Down the Bridge":

"I worked in retail (as a floor person and in management) for 12 years and have been a legal records manager for the past 10 years, and wholeheartedly endorse and practice the idea of 'getting down in the trenches.' When I first went into retail management I vowed that I would never be like most of the managers that I had worked under who where never around when things got rough (like the holiday season), who didn't listen to their employees because they had no clue as to how things were out on the floor, and who treated their office like a velvet throne.

"Even though legal records management is a lot different than retail management, I still am out there doing the ordinary everyday stuff so that my staff know that (a) I will never ask them to do anything that I haven't already done in the past, (b) I know how it is "out there" and will actively listen to suggestions or complaints, and (c) my desk chair is not upholstered in velvet and that I am not above them when it comes to serving our customers."

Despite the fact that someone always seems to complain about the bathrooms in the parks at Disney's annual shareholder's meeting (and that consequently the whole organization is going south), I don't think that as a whole Disney is "declining by degrees."

So wherever you work, make the magic in your business. And if you don't know where to start, try picking up the trash!

One final note: Some of you have inquired about our Destination Orlando program at World Class Benchmarking. We offer an amazing 3-1/2 Day benchmarking experience where you visit the very best in service and hear ideas like the kind we present here non-stop. We offer two programs this fall, both in October. 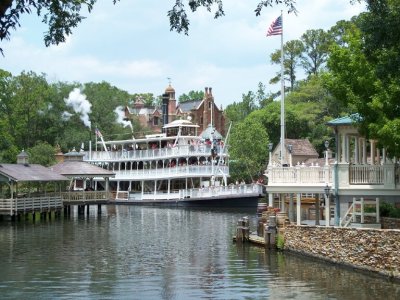 Join as at The Magic Kingdom for an incredible look at the business behind the magic in our Destination Orlando program. Photo by Jeff Kober.

Enrollment is limited. Sign up now and spend time with other business professionals visiting organizations like Nordstrom, JetBlue, and of course Walt Disney World. Our event will be held at The Walt Disney World Dolphin and includes two visits to the Disney parks during your stay. Please contact as at Worldclassbenchmarking.com, or call us at (407) 931-0974 for more information.