Welcome back to our discussion of the folks honored by having their names placed on a second-story window on Main Street, U.S.A. in Walt Disney World's Magic Kingdom.

Before I continue, I need to thank Dave Smith, Director of the Walt Disney Archives, for his invaluable assistance in filling in the last remaining blanks in my research.

Here are the next 20 windows, in no particular order: 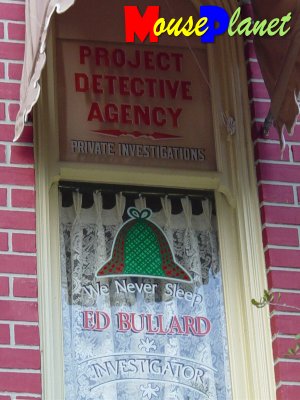 Bullard was the head of Walt Disney World Security. 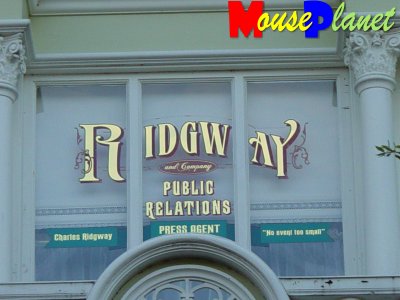 Ridgway joined Disneyland in 1963, and was eventually promoted to director of press and publicity for Walt Disney World. He helped launch the Resort in 1971, EPCOT Center in 1982, and Euro Disneyland in 1992. Ridgway retired in 1994, and was named a Disney Legend in 1999.

This group of gentlemen is a group of Walt Disney Imagineering engineers, including project, manufacturing, mechanical, and civil engineers, who worked on the opening of the Magic Kingdom. 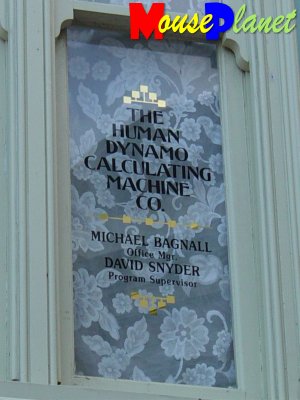 Heads for figures: Bagnall and Snyder. Photo by Mark Goldhaber.

Bagnall—the son of George Bagnall, a Disney board member from 1961 to 1974—worked his way up through the financial ranks at the company to eventually become Chief Financial officer for the Walt Disney Company. Snyder was the head of the Digital Animation Control System (DACS), the computer system for show controls. 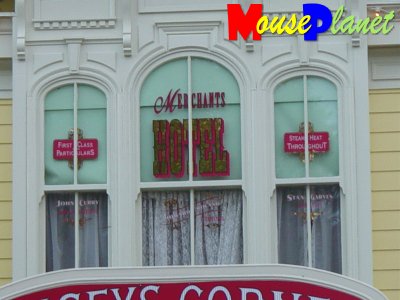 This was the team in charge of getting the hotels up and running. Roland originally worked for U.S. Steel, which was building the Contemporary Resort, and decided to jump ship to work for Disney. Curry was the first Disney hotel executive.

Bill “Sully” Sullivan started his Disney career as a ticket taker at Disneyland in 1955, and progressed to Operations supervisor. After assisting with the pageantry at the Squaw Valley Olympic Winter Games and the Disney attractions at the New York World's Fair, he helped open Walt Disney World and remained as an Operations executive until his 1993 retirement. 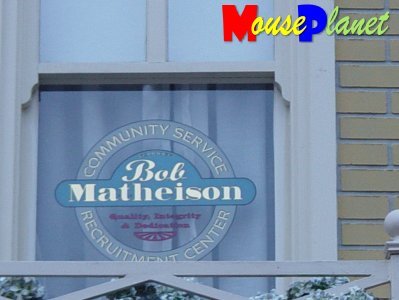 Ub Iwerks (born Ubbe Iwwerks) has a long and storied history with Walt Disney. He started out with Walt in 1919 in Kansas City, and they soon went into business together. The Iwerks-Disney Studio folded when they got jobs at the Kansas City Slide Company, and Walt later moved west to California.

As soon as he and Roy started the Disney Brothers Studio, Walt sent for Ub. When Walt lost his first cartoon character to his promoter, Ub was the only animator that stayed with Walt.

Ub single-handedly animated Plane Crazy, the first Mickey Mouse short, doing as many as 700 drawings a day. Walt and Ub had a strong relationship, but Ub eventually left the studios for a while to create his own cartoons. While well done, they were not commercially successful, and eventually Ub rejoined Disney.

Ub eventually became a camera developer, devising photographic solutions to many animation (and later, theme park) problems. For the opening of Walt Disney World's Magic Kingdom, Ub worked on attractions such as “it's a small world” and the Hall of Presidents, creating the process whereby multiple synchronized projectors created one extremely wide movie image. Ub died in 1971, and was named a Disney Legend in 1989. Ub's son Don also became a camera developer, and worked with his father on some of these projects. Ub's son Dave also worked for Disney.

The Washos were another father-son team that worked for Disney. Bud was a senior designer at WED Enterprises (the precursor to Walt Disney Imagineering), specializing in facade prefabrication and architectural ornamentation. Bill worked with him on the facades at Walt Disney World. Bonar Dyer started working on the Florida Project in 1967, when things were just getting started. Photo by Mark Goldhaber

Dyer was the Vice President of Industrial Relations for Walt Disney Productions. His business in the window may refer to the fact that he “worked magic” in handling union relations, according to Dave Smith.

Allen started as a ride operator on Casey Jr. Circus Train at Disneyland in 1955. After advancing through the ranks at Disneyland, he went to head Disney's Celebrity Sports Center in Colorado.

Allen returned to Disneyland in 1968, and began helping on the Walt Disney World project. He became Director of General Services at Walt Disney World, eventually advancing to Chairman of the WDW Operating Committee, and then Vice President of Walt Disney World. He also was involved with many civic organizations. Allen died in 1987, and was named a Disney Legend in 1996.

Crimmings and Evans were executives in Walt Disney World Operations. Hoelscher, an ex-Disneyland Jungle Cruise foreman, was a recruiter for the Disney attractions at the New York World's Fair, and was later in charge of WDW Cast Activities.

B. Laval & Associates
“What We Build Together Can Last Forever”

Bruce Laval, an industrial engineer currently serving as Executive Vice President of Operations Planning and Development for Walt Disney Attractions, invented “guestology” to improve guest experience using analytic techniques. By introducing computer simulation to Walt Disney World, he proved that reducing the number of monorails on the track could actually decrease wait times. More recently, he is credited as being co-creator of the Fastpass system.

Pasilla, the head of casting, Eastman, the head of WDW's branch of the Disney University, and Vaughn, the head of Employee Relations, ran the original casting and training process for Walt Disney World.

Dr. Card Walker
Licensed Practitioner of Psychiatry
And Justice of the Peace
“We Never Close” (Except for Golf) E. Cardon Walker is a former President, Chairman, and Chief Executive Officer of Walt Disney Productions. He started in 1938 in the mailroom, and interrupted his time with the company by serving in the U.S. Navy from 1941 to 1945. By 1965, he was Vice President of Marketing and a member of the Board of Directors.

After Walt's death, he was named Executive Vice President for Operations, added Chief Operating Officer to that title in 1968, became President in 1971, Chief Executive Officer in 1976, and ditched the President title for Chairman in 1980.

He retired in 1983 after supervising the opening of EPCOT Center and Tokyo Disneyland. He was named a Disney Legend in 1993. He retired from the Board of Directors in 1999. According to Dave Smith, the business in the window is most likely due to the fact that he acted as mediator between conflicting viewpoints and personalities, and the fact that he was a big golf enthusiast.

Morgan “Bill” Evans designed the landscaping for Walt Disney's home, and was then selected to do the same at Disneyland. (There is a legendary story of Walt telling him to label all of the weeds with Latin names so that people wouldn't realize that the landscaping was incomplete on opening day.) He eventually became director of landscape design for WED Enterprises, and worked on all of the Disney parks. Evans retired in 1975, but came back to consult on many projects. He was named a Disney Legend in 1992. Virginia was the head of landscaping at Walt Disney World. Chimney sweeps and “Bugs” are just two of the major contributions made by Bill Walsh. Photo by Mark Goldhaber.

Walsh, the producer and writer of many movies and TV shows including Mary Poppins, The Love Bug, One Hour in Wonderland, and The Mickey Mouse Club. Profits from Mary Poppins made the WDW land purchases possible. Walsh died in 1975, and was named a Disney Legend in 1991. These were all the original Costume Department leaders for Walt Disney World. As Disney actually encouraged the hiring of family members (on the theory of, if they are brought up with a good work ethic, it probably runs in the family), it should come as no surprise that John's brother, Chuck, was head of costuming at the Studio in Burbank for years.

Be sure to check back next month for the final installment of twenty windows, including Walt and Roy Disney's windows.

Disney A to Z by Dave Smith

Building a Company: Roy O. Disney and the Creation of an Entertainment Empire by Bob Thomas

Since the World Began by Jeff Kurtti

Ub Iwerks: The Hand Behind the Mouse