Last fall, Mouseadventure broke with tradition and actually saw a little bit of rain. Well, who says traditions aren't resilient? Once again players found themselves sweating through one of the hottest days of the month while roaming Disney's California Adventure trying to discover just which dolphin comes after Cruiser at Boardwalk Games or trying to find out all of the foods seen by Heimlich without actually having to ride the ride (sadly, they had to ride the ride).

The DCA Only players lounging about before their games started. Click for a much larger version. Photo by Andrew Rich.

The Resort-wide players still have 7 hours of work ahead of them; they're so happy and clean. Click for a much larger version. Photo by Andrew Rich.

With just over 450 players, we are once again able to say we had our biggest game ever and boy do we thank everybody who comes out each time to make such a wonderful event. Each event usually sees some growing pains, resulting in some confusion and errors on our part, but the players always surpass our expectations by taking it in stride and remembering that the most important thing is to have fun.

This MouseAdventure did two things we haven't done in a while. First, we returned to Disney's California Adventure for the first time in quite a bit and second, we returned to our Mad Scramble format, which puts the emphasis on speed and accuracy over points and strategy. Everybody has their favorite format so we enjoy getting to mix it up. To make things even more intense, we delivered on something a few teams ask for each time around. We think it's borderline insane, but it isn't infrequent that we're asked for a longer game. So for Spring 2006 we offered a longer game for interested teams that put them out into the thick of things for seven hours and sent them all the way to the Disneyland Hotel and back. Be careful what you wish for.

For teams not quite so into wearing their legs down to the knees, we offered a more (but not much more) leisurely five-hour game that stayed within the confines of DCA.

I think we had a good variety of puzzles this time around, even if the difficulty tended towards the high end. One quest required players to do an inventory of the Disaster Effects Department at Muppet*Vision in Hollywood Pictures Backlot while another sent teams around the entire length of Paradise Pier in search of patterns. To help provide a break from the heat, we even gave teams an opportunity to play in the water park in A Bug's Land... I'm sure it was thoroughly appreciated.

Eight hours after the first game began, we all found ourselves at Disneyland's Festival Arena ready to present the winners of the event. We were pleased to see some teams in the top rankings for the first time and even more excited to see that the Brother Bears finally earned their third first-place win, securing their status as our newest MouseAdventure Masters. They have become our fourth Masters team and will be retired from competition, allowed to play future events for free, and hopefully continue to set the bar high for other players hoping to join their exalted ranks.

I would be remiss if I didn't take a moment and thank all of the people who make me look so good in putting on this event. Any and all snafus throughout the day are mine and all credit for smooth sailing goes to them. In the weeks before the game is actually held, we put a lot of work into testing the MouseAdventure game we have planned. And this time around, we produced the cleanest game we've ever had, saving us from trying to track down 136 teams in the middle of the game to make some correction. My thanks to Greg, Jenny, Jeff, Julie, and all the regular MousePlanet staffers who gave up a lot of time working on quests full of errors and generally even harder than what ended up in the game. Special thanks to Lani Teshima for her work in producing all of the buttons that get distributed at one of these event. For their help during the game itself, I'd like to thank all of the MousePlanet staff on hand (Kevin Krock, Lisa Perkis, Adrienne Krock, Karl Buiter, Lani Teshima, Jeff Moxley, Adrienne Vincent-Phoenix, Tony Phoenix, Sheila Hagen, Shoshana Lewin, Jennifer Rich, and Andrew Rich). Also assisting on game day were Steve, Karin, and Emma; and even though he did so from an airplane on the way home from Cleveland, Kenji was also able to provide invaluable assistance to the effort. A huge thanks to Amanda, Joe, and David of MouseAdventure Masters team the-mouse.com. They started the day playing the game but when I ran into some problems they graciously accepted my invitation to move to the other side of the table and help us out.

We're already doing the early planning on the Fall 2006 MouseAdventure. Nothing is final yet but if you're interested in rejoining us or trying MouseAdventure for the first time, you might want to pencil in November 5 as a date to save. The main event will be the return of the Enchanted Race format that was so successful last Spring. For more casual players, we're bouncing around a couple fun ideas for how to keep you coming back as well. To watch for that announcement, or just for more information on what exactly MouseAdventure is, see our MouseAdventure page (link). 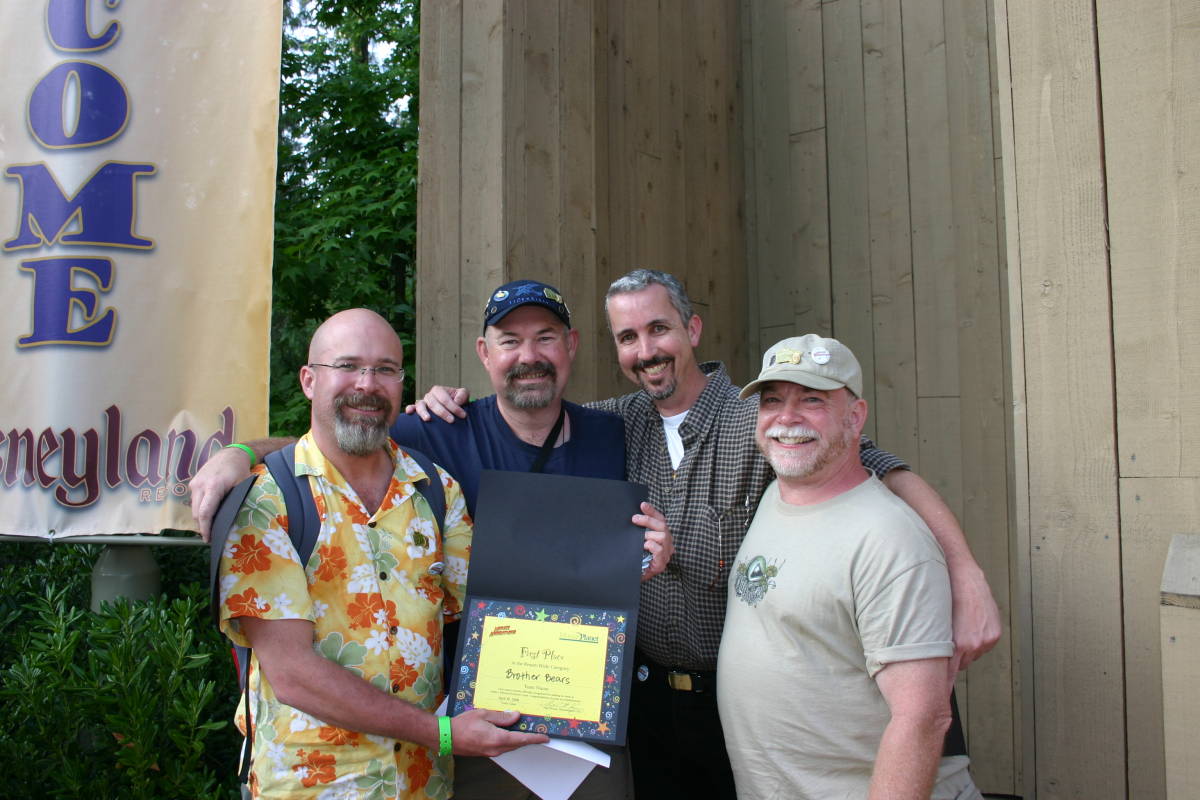 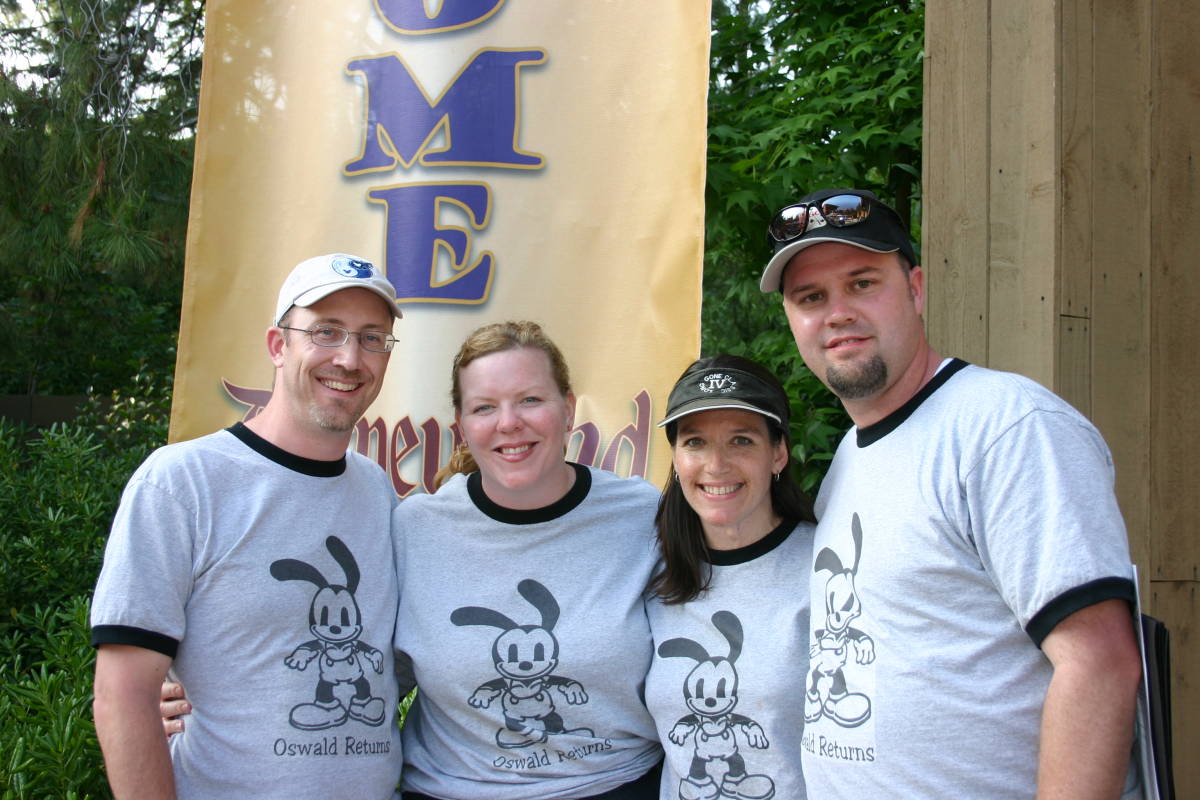 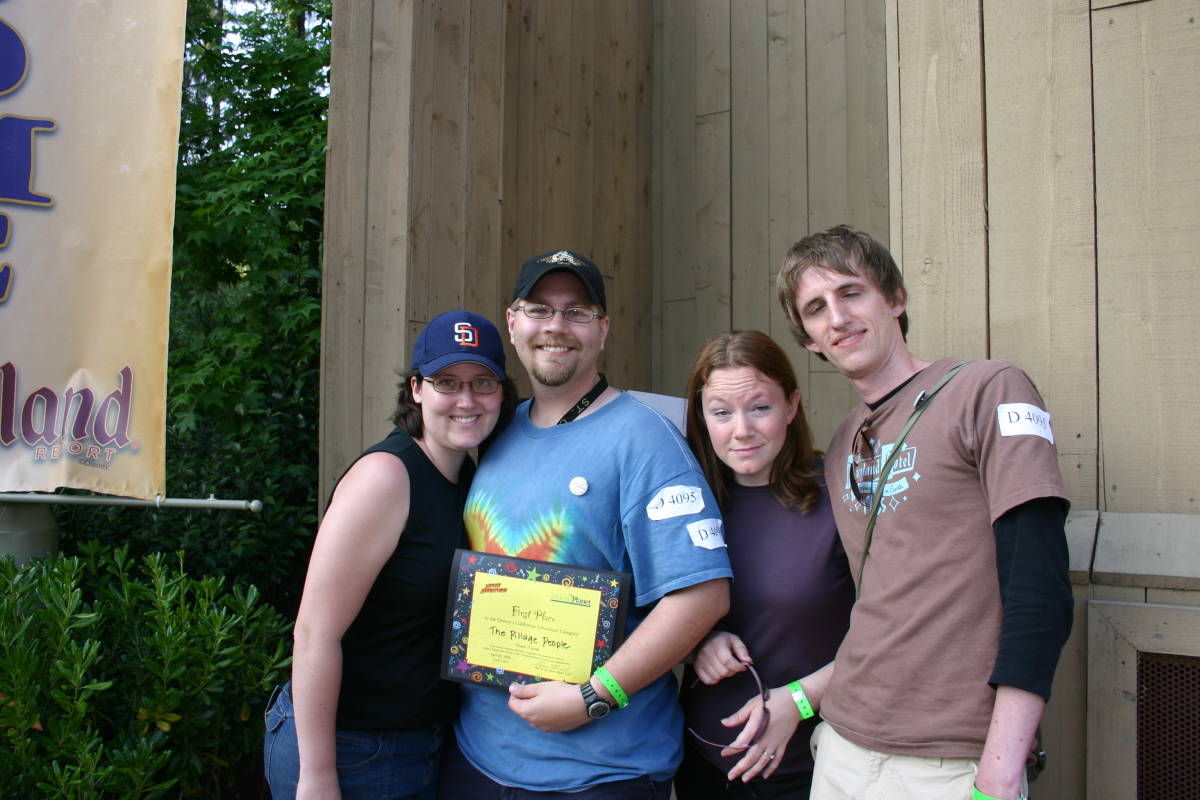 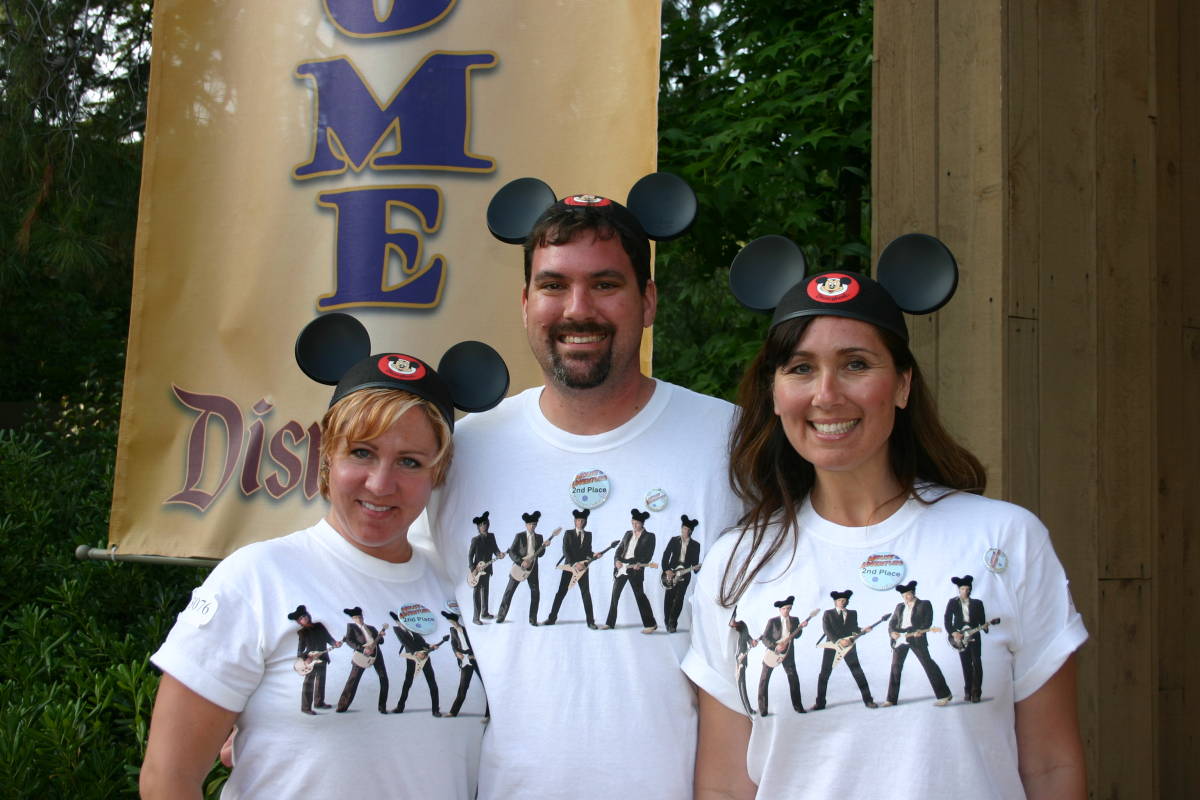 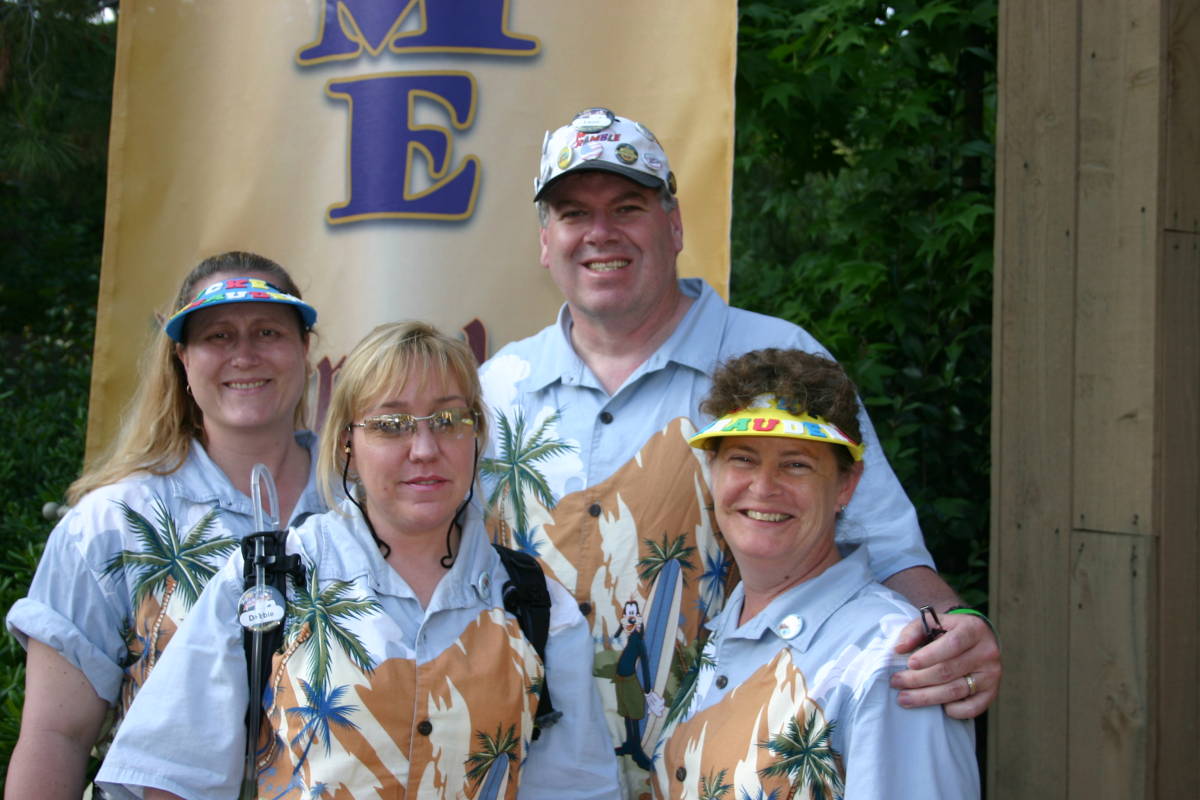 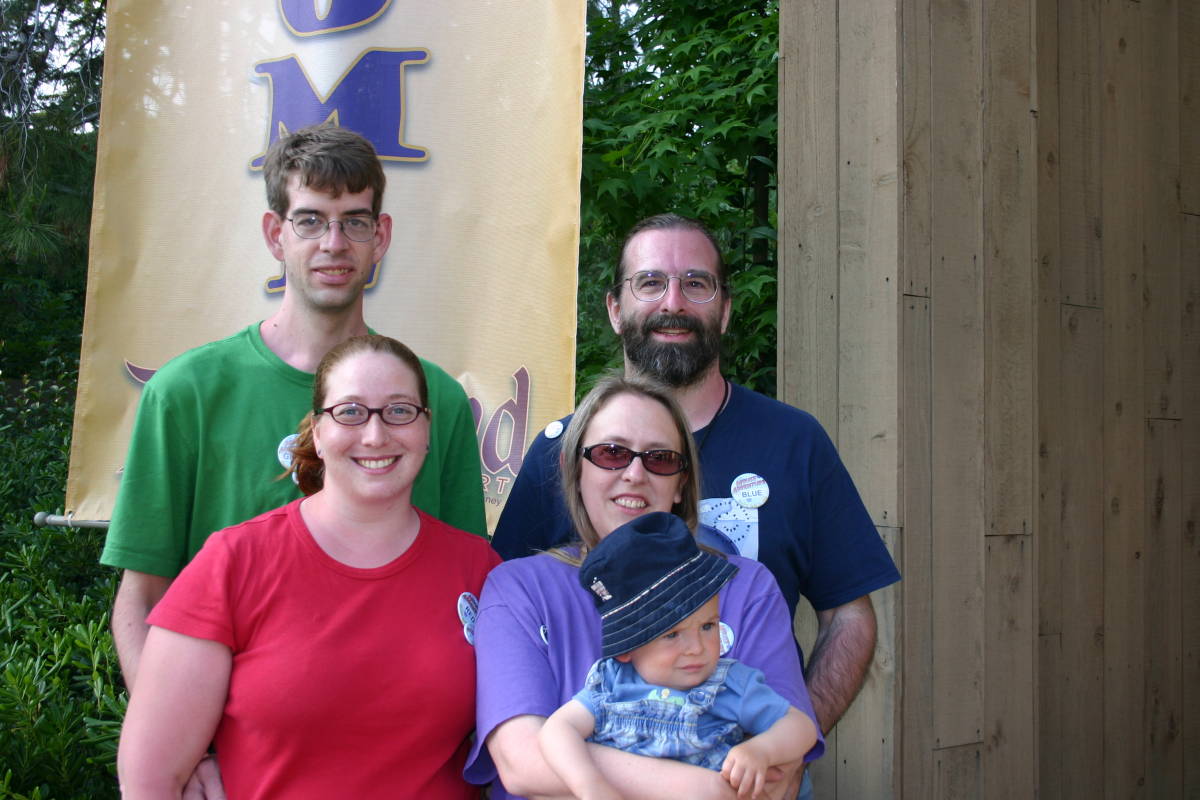