I'm not sure how you compare calamities. Are there degrees of “tragic”? Can pain and sympathy be measured? How do you determine if it's more painful to lose a parent or a child? Or for a loved one to die in war, in an accident, or in a natural disaster? What determines the magnitude of a catastrophe—how many lives are lost, how many survivors are affected, or how the lives were lost? 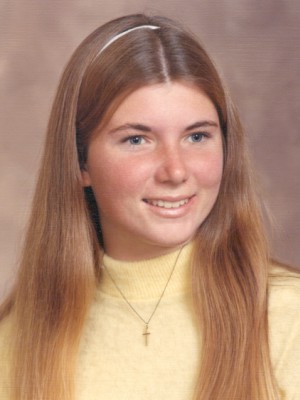 At Disneyland, tragedy is magnified by the media spotlight and underscored by a much-publicized image for safety. Yet among the park's one dozen fatalities and countless victims of serious accidents, one stands out. Even though it happened 30 years ago, to the day.

Once the initial media frenzy dies down, most people sort of forget about the latest victim. Disneyland returns the attraction involved to service and life returns to oblivious normal. Well, at least until the next accident.

But over the years, people keep asking me about one victim in particular—cast member Deborah Stone, who was crushed between the walls of America Sings. People want to know more about Debbie and what happened to her. Occasionally strangers ask where they can find a photo of her. Two former cast members said they used to sneak into the long-abandoned America Sings building at nights to “have time” with her. Someone, unsolicited, sent me her coroner's report. 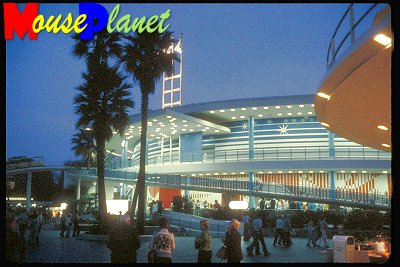 America Sings from 1975, housed in what is now the Innoventions building in Disneyland's Tomorrowland. Photo by Werner Weiss, shot without flash using GAF 500 film, the official film brand of Disneyland at the time.

As well, until America Sings closed in 1989, guests regularly asked cast members about her and the accident.

Why this preoccupation with Debbie Stone, particularly above the others? A few reasons, I think. First, there's the “Laci Peterson” factor. At 5-foot-5 and 100 pounds, Deborah was young, beautiful, healthy and intelligent—and just about to embark on her adult life. A few weeks earlier, she had graduated with honors from Santa Ana High School, where she was a star athlete, student and winner of the year's “Principal's Award.”

She had enrolled at Iowa State University and, knowing how expensive it would be living away from home, decided to join friends applying for a summer job at the coolest place in town—Disneyland. Deborah was hired in early June, right before her eighteenth birthday, and trained to be on the opening crew of America Sings. On July 8—before beginning work—she asked her parents' permission to become engaged.

Deborah also makes an especially sympathetic figure because, as far as could be determined, she didn't do anything wrong. The park's fatalities before and since—up until the deaths involving the Sailing Ship Columbia in 1998 and Big Thunder Railroad in 2003—were all caused by victim recklessness. Someone—typically a teenager on Grad Nite—did something they weren't supposed to, like stood up on a bobsled or jumped between cars on the People Mover. Deborah wasn't goofing off. She was just doing her job.

In addition, every other victim was a guest. Deborah was the sole Disneyland cast member. We always like to think that ride operators, like airline pilots, are a little safer and a little smarter than the rest of us. After all, if they can get hurt, what's to protect us?

Finally, the accident continues to reverberate because it was so unique and previously unimaginable. For once, it wasn't a case of someone falling out of a vehicle or getting run over or drowning. Someone was crushed between two walls.

America Sings consisted of an outer ring of six theaters that rotated around various scenes on a fixed central stage. The hostess's job was to greet audiences over a microphone from the left side of the stage and then, after the theater had rotated around the five musical scenes, to bid them goodbye. 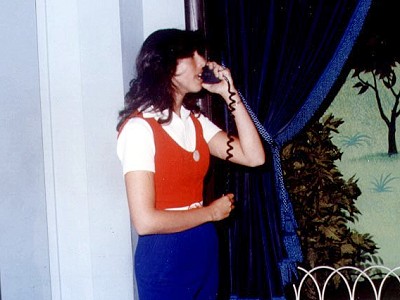 An American Sings hostess speaks to the audience. File photo.

At the end of each 24-minute show, there was a 45-second interval after the audience had left the theater in which the stage moved into position to start a new cycle. Somehow, Deborah got too close to the passway between the moving theater wall and the stationary stage wall.

She may have fallen, stepped backwards or tried to jump from one stage to the other. Fellow operators think she leaned back on purpose because when the building was used for the Carousel of Progress, it rotated in the opposite direction and was safe to lean back to talk to co-workers in adjacent theaters. But Debbie was a new hire; she'd never worked the Carousel of Progress.

It does explain, however, how ride designers created an accident waiting to happen. With the Carousel of Progress hostess at the left end of the theater, she'd be safely behind the moving wall as it clockwise approached the stationary wall. With the theater now turning counter-clockwise, she was precariously in front of the moving wall as it closed in on the stationary wall. 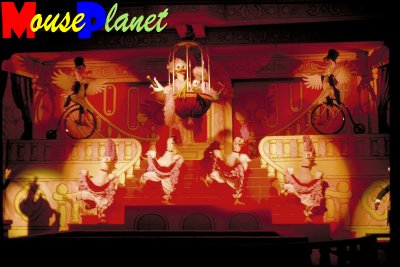 A scene from America Sings in 1975, sharp eyes may recognize that some of the dancing birds are now doing the can-can at the Zip-a-Dee Lady paddle boat in Disneyland's Splash Mountain ride. Photo by Werner Weiss.

Thirty years later, how remains fuzzy. Why is even trickier. For her parents at least, the answer has become clearer over the last 30 years.

Bill and Marilyn Stone are good, kind people. Like Debbie, they are strong, devoted Christians. This, of course, begs the question: where was God on July 8, 1974? What kind of a God would take away someone with so much promise, with so much to give? Imagine all the good He could have used her for.

To hear Bill and Marilyn tell it, God had bigger plans. Learning of the tragedy, at 2:00 the next morning, was devastating. Still, said Marilyn, “when the deputy left, my husband and I knelt down and thanked God He gave her to us for 18 years.”

They believe God began preparing them for the loss of their daughter about three months earlier. Marilyn recently told an Omaha reporter: “One day the mailbox was filled with letters for her from colleges and I just felt immediately, She's going to be leaving home and going to college.' And then she was also engaged and I felt she's going away and she won't be here anymore, and I just began to cry and cry. And during that time God was really preparing me for her death, but I figured it was that she'd be leaving for college and then getting married and wouldn't be coming home again.”

Time has slowly brought solace to the Stone family and drawn them even closer to Jesus Christ. Deborah's death inspired one of her four younger brothers, David, to become a missionary in the South Pacific.

In her childhood and teen years, Deborah was known for her kindness and compassion. Her impact didn't stop there. Over the years, dozens of people from around the world who read about the accident began writing to the family. Ten years later, a man Deborah had befriended wrote to say that years after her death she had inspired him to kick his drug habit.

“It is amazing how she had touched so many lives in her death,” Bill said.

Going through the ordeal has also helped the Stones to be able to comfort others going through heart-rending trials.

To me, that's really why Debbie Stone, 30 years later, keeps popping up in people's minds. God's not done using her yet.