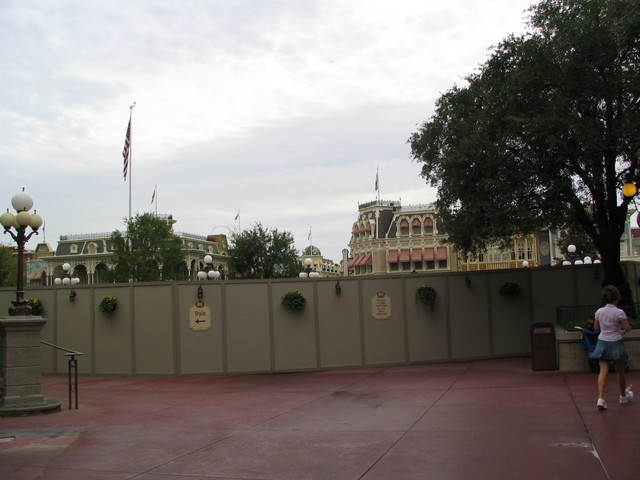 A construction wall blocks off the curb in front of Main Street Station during its removal. Photo by Brian Bennett.

Last Wednesday, the Orlando Internation Airport informed Disney that greeters for the Disney's Magical Express (DME) services would have to be removed from the third floor of the airport's terminal. Disney has been given until October 31 to remove the greeters from the terminal.

The airport also told Disney that only those travelers that had pre-booked the DME service would be allowed to use it. The Disney greeters had reportedly been seen offering the DME service to travelers who had not already booked it, in violation of the airport's policy against solicitation. Disney, for its part, claims that it has not violated the terms of its agreement with the airport.

The greeters will have to greet travelers with DME reservations at baggage claim, where all other ground transportation providers are located. Under consideration are additional changes. At the moment, DME operates out of Terminal A only. Guests arriving on the B side of the terminal are directed by greeters to the A side to board their buses. While that might cost Disney as much as $15 million per year in additional expenses, airport board chairman Jeffry Fuqua said that it was only fair, telling the Orlando Sentinel: “It costs more money for Hertz and the others to operate that way. We can't set our airport up to operate to Disney's pleasure.” 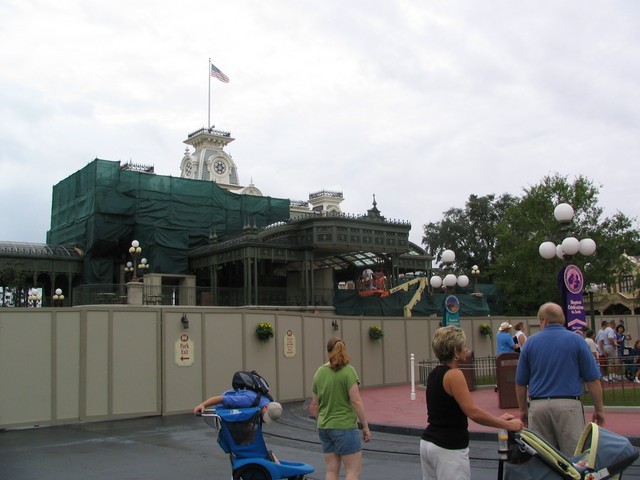 Last Monday afternoon, an Air Launch Firework (ALF) shell detonated prematurely during setup of the “inferno barge”—the large barge in the center of World Showcase Lagoon responsible for the huge fire effects—for the Illuminations: Reflections of Earth show at Epcot. There were no injuries, but the launch tube was extensively damaged, and the barge (and all of its effects) have been removed from the show indefinitely, along with the other ALF system, located atop the United Kingdom pavilion.

What is known, thanks to cast members and eyewitnesses posting on the discussion forums at WDWMagic.com is this: 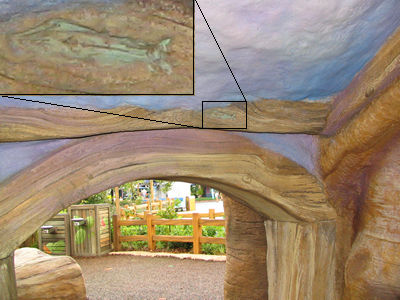 The hidden tribute to the 20,000 Leagues Under the Sea attraction at Pooh's Playful Spot has been found. The blue Nautilus sub shape (inset) is above the door frame in Pooh's house. Photo by Brian Bennett.

The parents of 4-year-old Daudi Bamuwayme, who died after a ride on Epcot's Mission: Space, have asked Disney to consider increasing the height restrictions for those wishing to enjoy the thrill ride.

Moses and Agnes Bamuwamye wrote to Disney, asking that the minimum height for the attraction be raised from 44 inches to 51 inches. Their son was 46 inches when he rode Mission: Space, which simulates a trip on a rocket ship to the planet Mars. The Bamuwamyes and their lawyer stated that the ride was too intense for smaller children.

Disney stated that the autopsy results are in, and that no link has yet been found between the current minimum height and the boy's death. Final autopsy results may not be available until November. 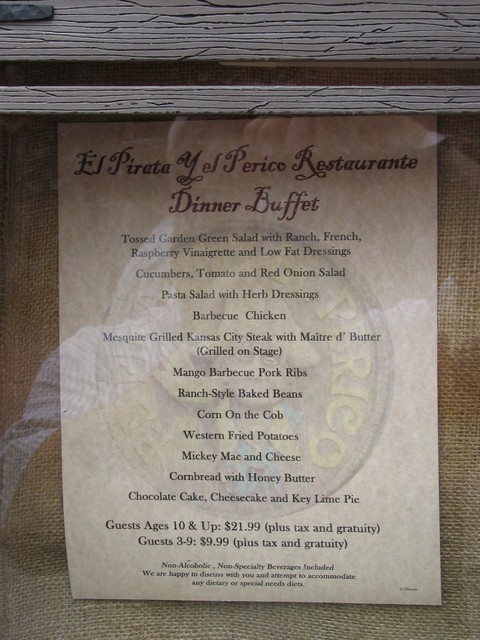 The menu for the buffet at El Pirata y El Perico is not bringing guests in to the dining location yet. Photo by Brian Bennett.

On the first night of the test of a new buffet dinner at El Pirata y El Perico Restaurante, traffic was slow and the location closed early. Let's hope that the location drums up additional business over the next week or so in order to get a fair assessment of guest reaction to the test. Some additional promotion to park guests, either through the park guides or word of mouth, may be necessary to drive traffic to the underutilized location. 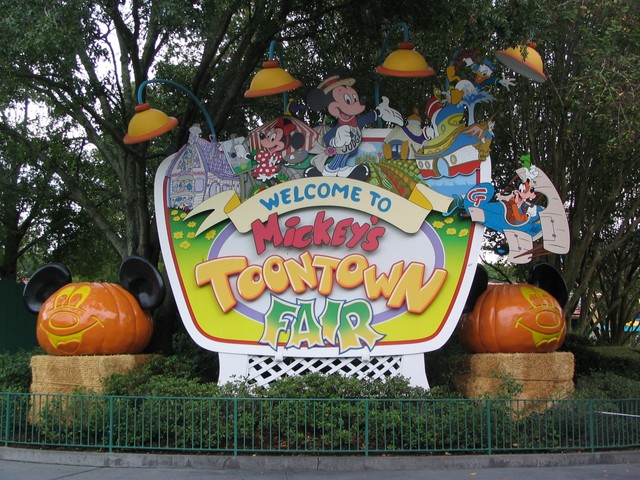 The sign at the entrance to Mickey's Toontown Fair has received its seasonal overlay in preparation for Mickey's Not-So-Scary Halloween Party. Photo by Brian Bennett.

…Note: Today is 90 days from December 25 (Christmas Day). If you're going to be at Walt Disney World at that time and want to dine at a table service restaurant for Christmas dinner, make those Advance Dining Reservations fast, as they'll book up really quickly!

…The Happy HalloWishes fireworks will get two test performances this week, with the show being run tomorrow night and on Wednesday night. It will not be the complete show, however, and the fireworks around the perimeter of the park will not be part of the test. They will not be used until the show's official debut during the first night of Mickey's Not-So-Scary Halloween Party on Friday night.

…The complete schedule for the Food & Wine Festival, normally only seen in the event's brochure, is now available online for those who want to plan in advance (link).

…Instead of working a deal with park sponsor Nestle, Disney has decided to use its own brand—"Goofy's Candy Company"—to hand out to trick-or-treaters at Mickey's Not-So-Scary Halloween Party.

Passholder rates are out

Annual Passholder and Florida Resident discounts have been released for August 28 through October 4, with rates starting at $59 per night for value resorts and $89 per night for moderate resorts. The discount code to use is EXI. See the Passholder web site (link) or MouseSavers (link) for more information. The Passholder Best Rate program has reduced the advance reservation requirement from 120 days to 60 days. The program is now accepting reservations, online only, through February 15, 2006.

The Radisson Resort Parkway, a MousePlanet sponsor, is offering a $59.95 reduced special rate valid through September 30. Please note that this special does not include a free upgrade to deluxe pool view accommodations.

Radisson Resort Parkway releases rates through the end of 2006

Radisson Resort Parkway, a MousePlanet sponsor, has announced their rates through the end of 2006.

Summer Price Slice is back with reduced-price greens fees on tee times after 10 a.m. daily from May 2 through Sept. 29 on Disney's five 18-hole golf courses.

The entire ticket price structure changed as of January 2, 2005, to the new “Magic Your Way” passes. Advance purchase discounts are only available on tickets above the base ticket of at least 5 days.