The annual theme park attendance listing, put together by Economics Research Associates (ERA) and now published by the Themed Entertainment Association (TEA) and InPark and Park World magazines, is now out. Once again, Walt Disney World's Magic Kingdom finds itself atop the heap, with 2007 attendance of over 17.06 million visitors. Disneyland Park in California again came in second at 14.87 million guests. Tokyo's Disneyland and Disney Sea parks finished third and fourth with 13.9 million and 12.41 million, respectively.

Disneyland Paris saw a huge jump, thanks to new attractions and its 15th anniversary celebration, going from last year's 10.6 million to 12 million visitors this year. Epcot came in sixth at 10.93 million visitors. Disney's Animal Kingdom cut nearly 90 percent of the gap with Disney's Hollywood Studios, closing to within 20,000 visitors. The not-really-a-working-studio park saw 9.51 million visitors, while the "Nah-ta-zu" park had 9.49 million.

Hong Kong Disneyland came in at number 21 worldwide with 4.15 million, more than a 20 percent drop from last year. Once again, Walt Disney Studios Paris didn't even make the world chart, coming in at number 10 in Europe with 2.5 million visitors, still a 13.6 percent increase from last year thanks to new attractions and the celebration of the resort's 15th anniversary.

Attendance grew at most U.S. Disney Parks, with Disney's California Adventure seeing the only drop, of 4.5 percent. Disney's Animal Kingdom again led the increases, with a 6.5 percent jump. Epcot and Disney's Hollywood Studios followed at 4.5 percent. The Magic Kingdom was up 2.5 percent, while Disneyland Park was up 1 percent. Disney parks made up six of the top eight domestic parks, with SeaWorld Orlando sneaking past DCA by 120,000 visitors.

The U.S. and world water park rankings again were led by Typhoon Lagoon and Blizzard Beach, at 2.08 and 1.91 million, respectively, up 1.5 percent each. The world's number three water park was Caribbean Bay in Korea, with 1.4 million. Number three in the U.S. and world number four was Wet N' Wild in Orlando with 1.37 million.

We welcome back photographic contributor Brian Warneke, who has sent along some construction photos from the Magic Kingdom this week. 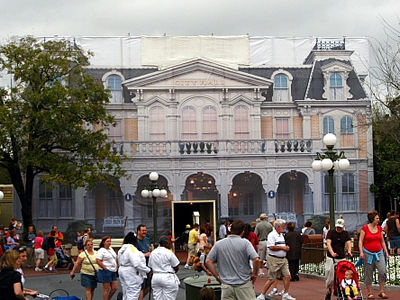 City Hall is under wraps. Photo by Brian Warneke.

Construction walls are up at the Main Street Railroad Station. Photo by Brian Warneke. 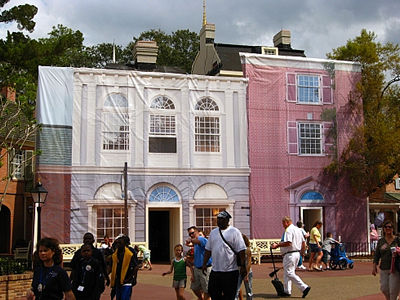 Heritage House, next to the Hall of Presidents, is undergoing some facade work underneath those scrims. Photo by Brian Warneke. 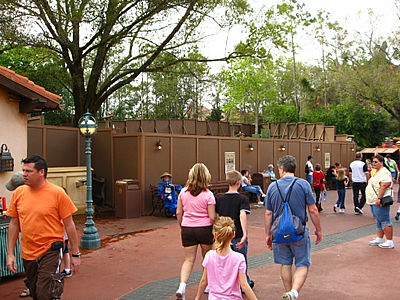 Something is going on next to the Frontierland fry cart. Photo by Brian Warneke. 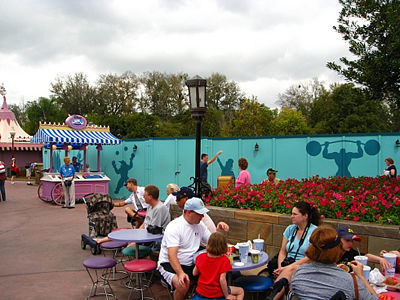 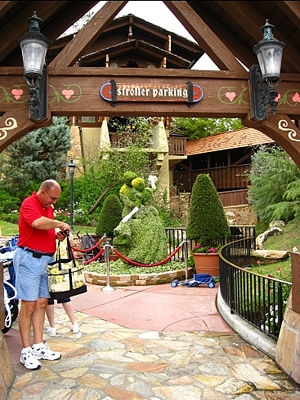 A topiary of Cinderella and her prince decorates the stroller parking area adjacent to "it's a small world". Photo by Brian Warneke.

As we reported a couple of months ago, the Fort Wilderness Resort and Campground will be receiving a major upgrade. The announcement from Disney last week confirmed all items that we reported, as well as some additional into.

There will be an intensive effort to widen and lengthen the concrete parking pads to address the fact that the average length of a recreational vehicle has increased by 27 feet since the campground opened, many with "slide-out" extensions. New "premium" campsites will be available, featuring not only extra large concrete pads for larger vehicles but also upgrades to existing amenities such as picnic tables and grills.

The main pool will see the addition of a themed water slide, a hot tub and a children's web play area. The pool's deep end has also been made shallower. The 409 Wilderness Cabins have all received new furniture, carpeting, fixtures and linens, as well as a fresh coat of paint. There's a new doggie playground at the new Waggin' Trails Dog Park, an off-leash play area.

The self-service kiosks installed at Pecos Bill Tall Tale Inn and Cafe last June have apparently passed the test and will be made permanent. According to a Walt Disney World press release, the kiosks, "enhance the guest experience by making it easier and more convenient for guests to dine at Pecos Bill’s" and also help cast members, "spend more time engaging with Guests in more meaningful ways."

Many argue that it actually allows Disney to redeploy cast members from cash registers to other jobs that may be short-staffed due to the Central Florida hiring crunch in front-line jobs. In either case, the kiosks are apparently here to stay, and it's likely that they will start making an appearance elsewhere within the parks.

Night of Joy entertainment announced; Grad Nite on the move next year

Night of Joy tickets are now on sale for the first running of the event at Disney's Hollywood Studios this fall. Tickets for each night (September 5 and 6) cost $49.95 ($44.95 in advance) for all attendees. Two-night tickets cost $75.95 each. Those prices do not include the 6.5 percent sales tax.

The staff of the Disney Animal Kingdom's breeding program savannah has been busy the last couple of weeks, with two new members of the savannah being born since February 29. A female baby giraffe named Makena was born to first-time mother Malaika on February 29, while a male baby zebra named Kidani was born to mother Kari on March 8.

Kidani, named for the Kidani Village expansion of the Animal Kingdom Villas currently under construction, is the first Hartmann's Mountain Zebra born at the resort. The endangered species is native to Angola, Namibia and South Africa. Kidani currently weighs about 65 pounds and stands three and a half feet tall.

Makena, which means "Happy One" in Swahili, weighed 118 pounds and stood five and a half feet tall at birth. She is the eighth giraffe born since the opening of Disney's Animal Kingdom in 1998.

Both mothers and babies are doing well and are expected to rejoin their herds on the savannah at Disney's Animal Kingdom Lodge in the coming weeks. 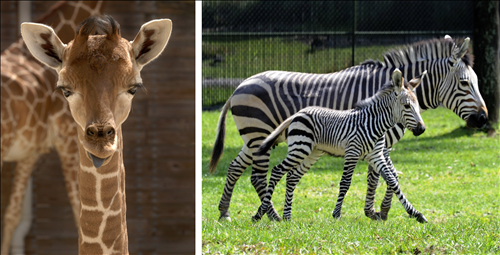 A personal appeal, for the third year

Last year, through the generosity of friends, family, co-workers and MousePlanet readers, we managed to raise $4,025. This year, let's beat that. Let's see if we can raise $5,000. I think we can. For more information, or to donate, go here. 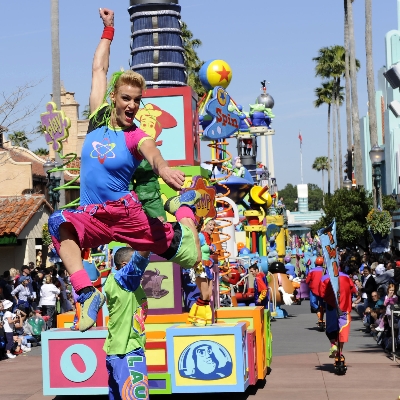 …The Half Marathon has joined Goofy's Race and a Half Challenge in selling out. You've still got a little time on the Marathon, but that's filling fairly quickly as well, as it's already 50 percent full. You can register here. [Read our WDW Marathon Guide.]

…This year's Twilight Zone Tower of Terror 13K page is now live, though registration has not yet opened.

…Disney Magic Music Days celebrated its 2 millionth student performer on Friday, as the Mount Hebron High School Band from Ellicott City, Maryland marched down Main Street, U.S.A. More than 30,000 student groups from five continents and all 50 states have participated since 1985. The selected student and their family were treated to a night in the Cinderella Castle Suite.

…The Doubloon Lagoon feature pool at the Port Orleans French Quarter Resort reopened last Saturday, March 8. Thanks to JP for the info.

…The Quality Suites near Universal Studios closed down temporarily after two Pinellas County tourists staying there were found to have contracted Legionnaires' Disease. All guests at the hotel were temporarily relocated to other hotels on Friday while the the state Department of Health tested water samples from throughout the pool. It is uncertain whether the hotel was the source of the infection.

…Disney has signed a deal with Springs Global US, Inc. to supply Wamsutta products for deluxe and Disney Vacation Club resorts as part of the Disney Resort Collection. The bedding and bath products will be available for purchase by in-room and online catalogs. Products include deluxe bath towels, microtouch fleece blankets, cotton-rich sheets, bed pillows and a mattress pad.

The number of packages available at these rates is limited. Those with existing reservations may be able to modify their reservation if space is still available that their resort for their dates.