Disney has released additional information about the 2008 Disney's California Food and Wine Festival, including a much-requested daily schedule for the complimentary culinary demonstrations; wine, beer and spirits education and tasting seminars and the celebrity chef culinary demonstrations. The daily schedules are available on the official event Web site (link). Details are also available for the A Special Evening with the Gallo Family Winery event on Sunday, April 20 (link).

Among the notable events and features: 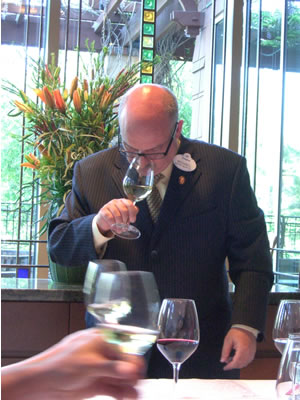 Master Sommelier Michael Jordan demonstrates the proper way to smell wine during a "Taste Wine Like an Expert" session. Photo by Adrienne Vincent-Phoenix.

At press time, the April 13 "Taste Wine Like an Expert" session as well as all sessions of the Napa Rose Cooking School were sold out. The Winemaker Dinners are quickly selling out, with fewer than 25 spots available at each.

The Disneyland Resort is now accepting reservations for the 2008 Mother's Day Brunch. Cinderella & Princess Friends present Disney's Royal Mother's Day Buffet will be held Sunday, May 11, 2008 in the Grand Ballroom of the Disneyland Hotel, and will include:

The event is schedule for 10:00 a.m. to 3:00 p.m. at the Disneyland Hotel Grand Ballroom, with the following details:

MousePlanet readers love to send us the latest gossip, but sometimes they get the details a little muddled. Last week a Disneyland cast member told us that the construction on the front of the Bank of Main Street was for a new ATM, to replace the unit on the side of the bank. When the construction walls came down, we discovered that the new structure was actually a kiosk for both the Disney Visa and the PhotoPass service. The official opening is later this week, but the kiosk has been open all weekend to let Disneyland visitors apply for a new Disney Visa and to try out some new PhotoPass features. 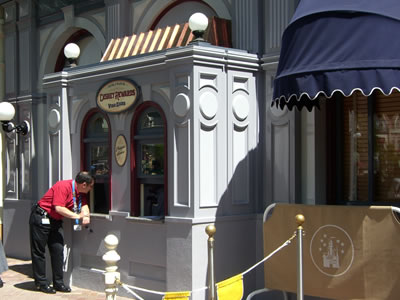 You can now add images from your own digital camera to your PhotoPass account, then use the PhotoPass Web site to add Disney-theme borders to your images, and then include those images in a PhotoMovie, PhotoBook or PhotoCard. You can also order prints of your personal photos, though you are currently limited to 4" x 6" prints. If you apply for a Disney Visa at the kiosk, you will receive a voucher redeemable only at the Disneyland Resort for one free 5" x 7" PhotoPass print, or 20 4" x 6" prints from the PhotoPass Web site (link).

"The Art of Cars" exhibit at the Petersen Automotive Museum

The Petersen Automotive Museum in Los Angeles debuted a new exhibit titled "The Art of Cars" this weekend (link). Life-size replicas of Lightning McQueen, Tow Mater, and an authentic Hudson Hornet are sure to engage even the smallest fans; the exhibit also features a large variety of paper art and sculpture used as reference in the creation of the Pixar film. 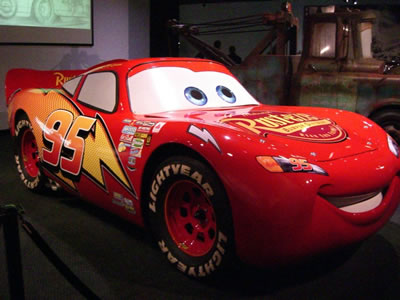 A life-size Lightning McQueen is on display at the Petersen Automotive Museum. Photo by Adrienne Vincent-Phoenix.

"The Art of Cars" exhibit will runs through November 2, 2008. Admission and visitor information is available at the museum Web site (link).

... The Pixar Play Parade returned to Disney's California Adventure last Wednesday, though the entire Bug's Life unit is missing from the parade. There is no official word on when the unit will return. The parade was closed for a week after one of the swings on the Bug's Life unit fell off during a performance. Nobody was injured in the incident. 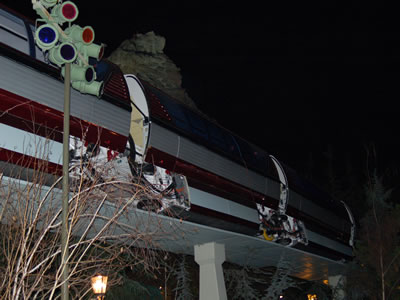 A MousePlanet reader caught a glimpse of the new Monorail on the track last week. Photo by Bill Stevens.

... Brady McDonald of the Los Angeles Times reported last week that Disneyland is conducting after-hours test of the new Mark VII Monorail Red, and will begin State of California inspections and operator training (link). As MousePlanet's David Koenig reported earlier this month, the nose and tail of the new trains were too wide, requiring modification to the Tomorrowland station. A Disneyland spokesperson told McDonald that the Resort "never considered" returning Monorail Red to the plant in Vancouver, Canada where the new train was assembled. 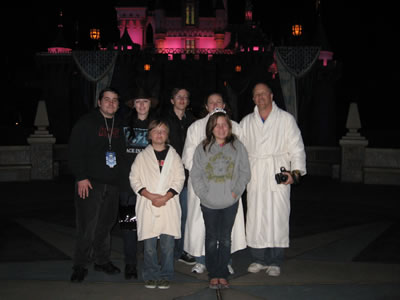 ...MousePlanet reader Bill Stevens was visiting Disneyland with his family last week when they won a major prize in the 2008 Disney Dreams Giveaway—an overnight stay in the Disneyland Dream Suite. Bill is in the process of writing up a trip report of his amazing experience, and has already posted several hundred photographs of his visit (link). We congratulate the Stevens family, and look forward to reading more about their trip!

...We've heard that the Snow White exhibit in the Animation Courtyard at Disney's California Adventure is closing at the end of April. A similar Sleeping Beauty exhibit is scheduled for the fall.

...Tickets are now on sale for Prince Caspian at the El Capitan Theater in Hollywood, for May 16 through June 25, 2008. The theater will display props and set pieces from the film. Call 1-800-DISNEY6, or order tickets from the El Capitan Web site (link).

...We have added listings for the Disneyland Resort guided tours to our MousePlanet Reader Review system (link). We invite you to share your thoughts and ratings of the Welcome to Disneyland, A Walk in Walt's Footsteps, Discover the Magic, Cruzin' Disney's California Adventure, or the seasonal Holiday Magic and Disney's Happiest Haunts tours.

...Have you ever found yourself in a scene that seemed right out of romantic moment in a Disney movie like one of these classics? Have you ever dressed up as or felt like a Disney princess? If so, we want you to share your moment by entering MousePlanet's Enchanted Photo Contest. You can find all of the details on our contest Web page (link). The deadline to enter is Thursday, April 11 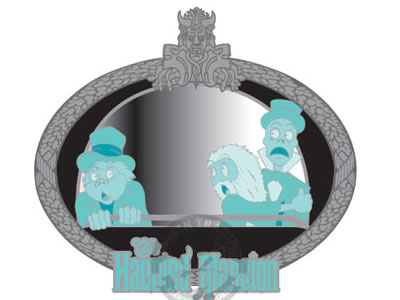 Disney's Resort Magic and Good Neighbor Magic Packages – Package includes accomodations one of the three resort hotels or at one of 40 Good Neighbor hotels; Souvenir Park Hopper ticket with voucher for admission to Mickey's Toontown Morning Madness, plus one Magic Morning (early entry) for three-day or longer Park Hoppers; preferred seating at four DCA attractions (Disney's Aladdin – A Musical Spectacular, Muppet*Vision 3D, It's Tough to be a Bug!, Golden Dreams); Preferred Showing of Turtle Talk with Crush (Priority Viewing at the first Turtle Talk with Crush show of the day, on any one day – one voucher per Guest); Disney Dream coin keepsake (one per package), luggage tag and lanyard with pin; a Downtown Disney Fun Card; and a "Character Call" from Mickey, Minnie, Goofy or Crush. Contact Disney Travel or your favorite travel agent.

2008 "2 Days Free" offer – When you buy a 3-, 4- or 5-day Parkhopper ticket, Disney will add two free days. In other words, you'll pay the 3-day rate ($189) and receive a Parkhopper Bonus ticket good for five days. You can maximize your savings by taking advantage of the advance purchase discount, and pay just $169. The Parkhopper Bonus ticket includes one Early Entry admission. The ticket must be used for the first time on or before April 24 and expires 13 days after first use or on May 7, 2008, whichever occurs first.